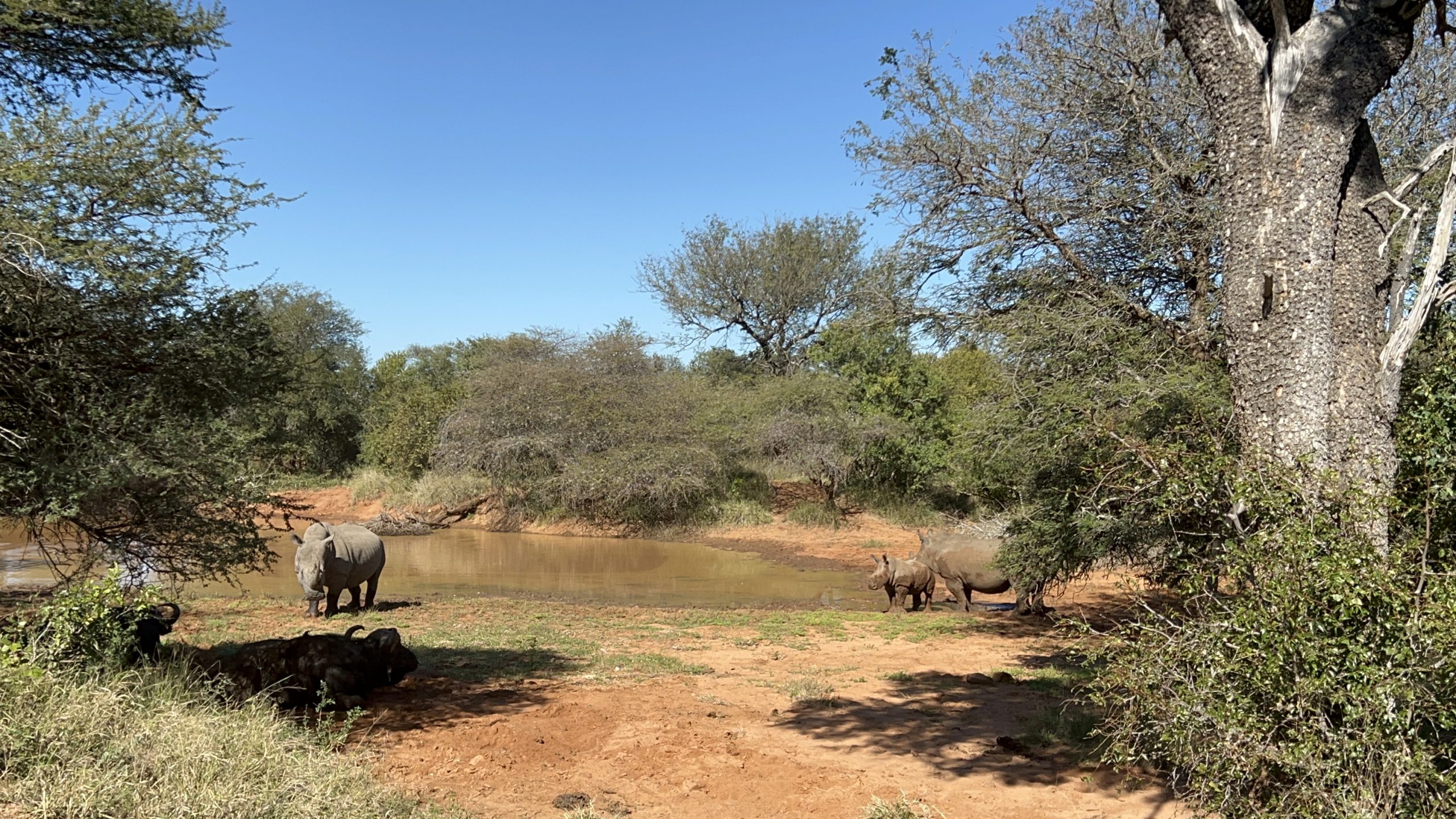 Adine captured this peaceful moment with buffalo and rhino both resting in the shade of a tree – with a tiny calf in tow! Senior Guide Jason explains the relationship between rhino and buffalo: “Typically they will get along fairly well with one another under most circumstances as they are both herbivores and there is not much competition between them However this can change when food and water becomes scarce, once they have to start competing over a food source or water then aggression levels will begin to rise towards one another Same will apply when youngsters are involved, mothers will become protective towards any animal that is seem as a threat and as well as times when one of them is injured or weak.”