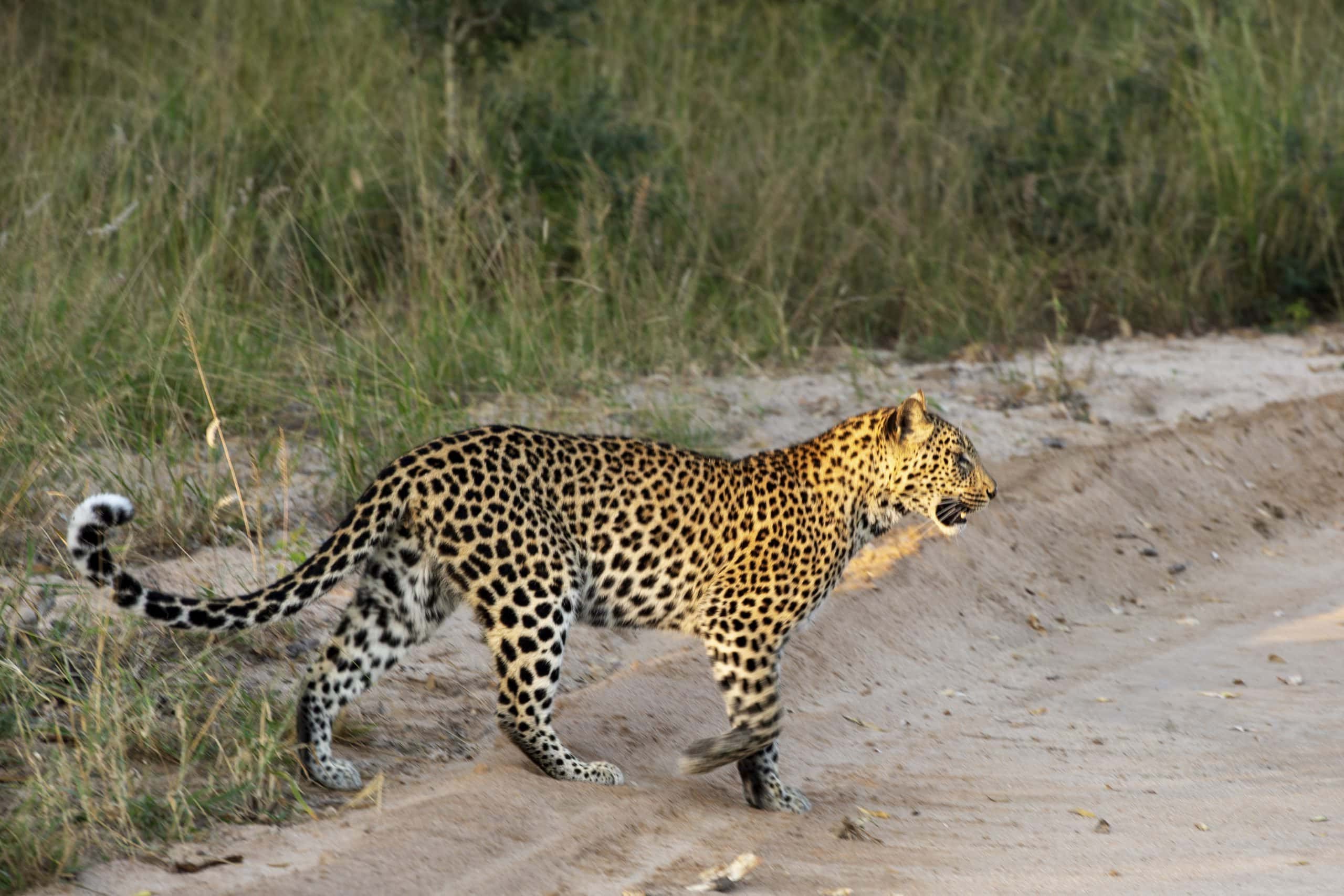 Watch as a large group of giraffes notice a lion walking nearby. Interestingly, a group of stationary giraffes is called a tower, but a group of moving giraffes is called a journey. Share a peaceful moment with a group of young lions, have a look at a buffalo and an elephant foraging near each other, and watch as two leopard cubs walk near a Jabulani vehicle during a nighttime safari drive.

We also get some insight into the mating habits of leopards. Senior Guide Jason explains: “The mating behaviour of leopards is certainly unique compared to the other big cats, for the fact that females are actually the ones that seek out the males for mating and not the other way around. She will potentially try and mate with him for around 5-7 days, but in most cases it will be for a few days and then she will leave him in search of another territorial male nearby. The reason for this is to mate with him too and the purpose of this behaviour is for the safety of her unborn cubs. You could think of it as a ‘mind game’… She mates with all the males in the area, they all recognise her scent and know they have mated with her, so when she eventually has cubs and crosses between territories, if the male sees them he will believe that they are his and won’t attempt to attack and kill them. Absolutely ingenious of her to think and operate in such a manner!” Lastly, watch as two elephant calves play with each other, until an elephant cow comes rushing and separates the two.