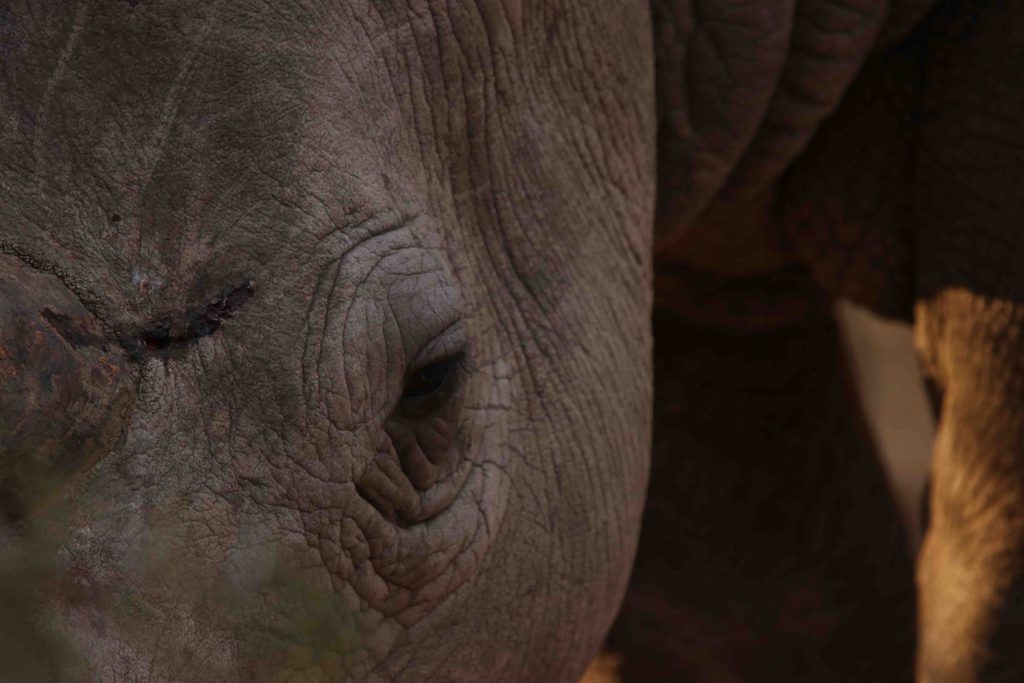 This incredible encounter with two white rhino, a mother and still tiny calf, was recently shared by Ranger Juan. A fierce and dedicated anti-poaching unit will help to protect both mother and calf, throughout their lives. Female white rhinos can give birth after they reach the age of seven and the gestation period can last around 16 months. It will be about three more years before the mother will have a new calf, all going well. At birth, rhino calves are somewhat like elephant caves in that they will be able to stand upright within a matter of hours — which they must do so they can suckle from mom – which they will do for about the next year.

This scene above may be difficult for some viewers to watch and listen to — although note that rhinos have this high-pitched sound even when still calves, suckling from their mothers. In this footage captured by Ranger Nathan, Nathan says: “I believe that the male is trying to separate the female and her youngster (who I believe to be a male), as she is moving into his territory. The big bull appears to be putting pressure on the female to push the calf away but the calf is still a bit young — about 3 years of age, plus minus. It seems that the older male is trying to push the female into oestrous so that he can mate with her, not necessarily immediately but within the near future.”