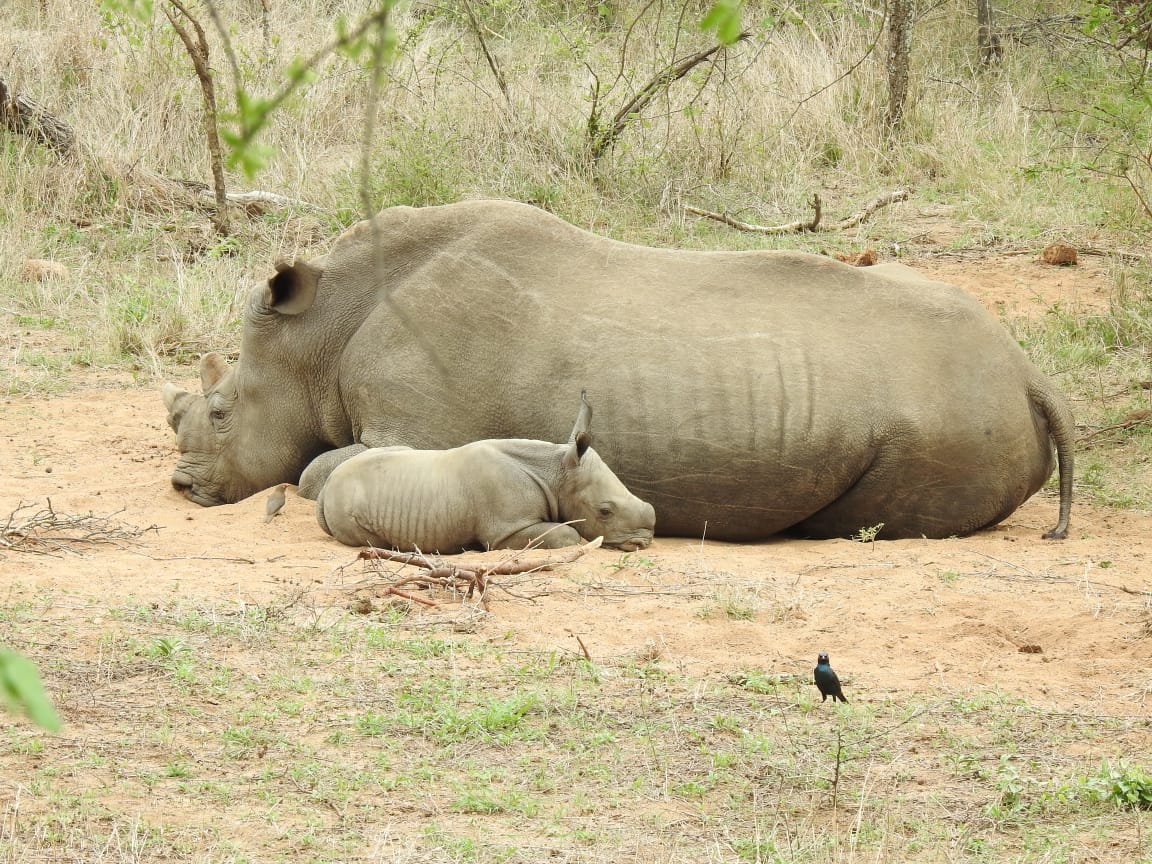 A new miracle has graced our wilderness

One the size of a little rhino calf, delivered to the world by a very special rhino named Philippa… Philippa is a rhino dear to Adine’s heart. Theirs is a bond that began while Adine managed rhino rehabilitation at HESC (Hoedspruit Endangered Species Centre). Philippa was rescued on 18th January, 2016 after being attacked by poachers.

Sadly her mother was also attacked and died, while pregnant, causing two generations of rhinos to be pointlessly murdered. Philippa had endured the trauma and pain of her own attack, and witnessed the violent killing of her mother too. The poachers used a drug to sedate the pair, called Etorphine, commonly known as M99, whilst they sawed off their horns. Philippa’s entire sinus cavity was left open and exposed. Our hearts broke when we first caught sight of her, on her arrival at HESC.

The team decided to name the rhino Philippa, after two women who were important to them. The first was Adine’s grandmother, Philippina, who was an extremely hard working nurse, and was instrumental to HESC. The second was a lady named Philippa Kort, who was a representative for Jabulani in the USA. Sadly, both passed away due to cancer. For us it was a very special name. And this brave rhino certainly deserves it.

Adine and the team at HESC started on Philippa’s first treatment. With their previous experience of treating Lions Den and Dingle Dell, they were equipped to assess and treat her. A series of treatments took place over the months following her arrival. By April, the wound had started to close, and to show excellent progress. But the hardest part of the treatments was finding Philippa. She had a knack for knowing when we would be coming for treatment, and she would bolt into the bush. The team would literally take a few hours just to complete the process of finding her, and sedating her.

They had placed her with other rhino rescues, Lion’s Den and Dingle Dell at first, though they were a bit bigger and older than her. They took some time to settle in with one another, but they eventually got on well. In August 2016 Philippa had her final treatment, as the wound had healed well, seven months after the time of her attack.

September 2016 saw the arrival of another rhino bull, which made us relook at all of the rhinos’ living arrangements. It was decided that Philippa and Ike were better suited to share their land together, as both were particularly wary of humans, and avoided contact as much as possible.

Adine’s work at HESC saw to treating, rehabilitating and releasing injured and orphaned rhinos due to poaching incidents. The team for able to successfully rehabilitate and reintegrate several rhinos, including Philippa and Ike, Gertjie and Matimba. With Philippa bringing a newborn into the world, it gives us great hope that she has healed from her traumatic past and that she can continue to thrive in her protected wilderness.

We believe it’s important to show the work of rhino conservation at play and count all the successes, since rhinos are plagued by so many challenges today. It’s vital to show their beauty and resilience and why the species needs to be protected and loved.