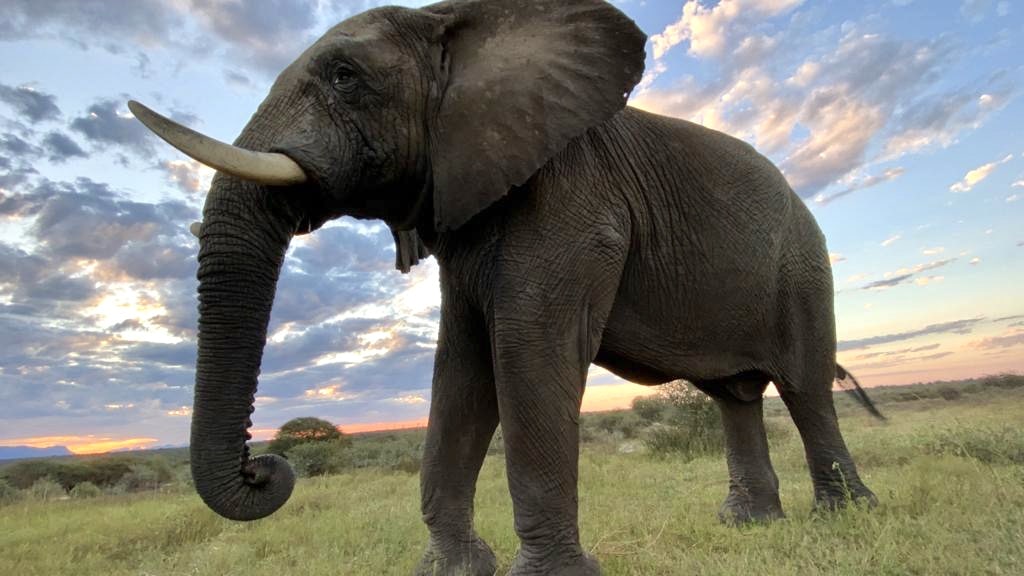 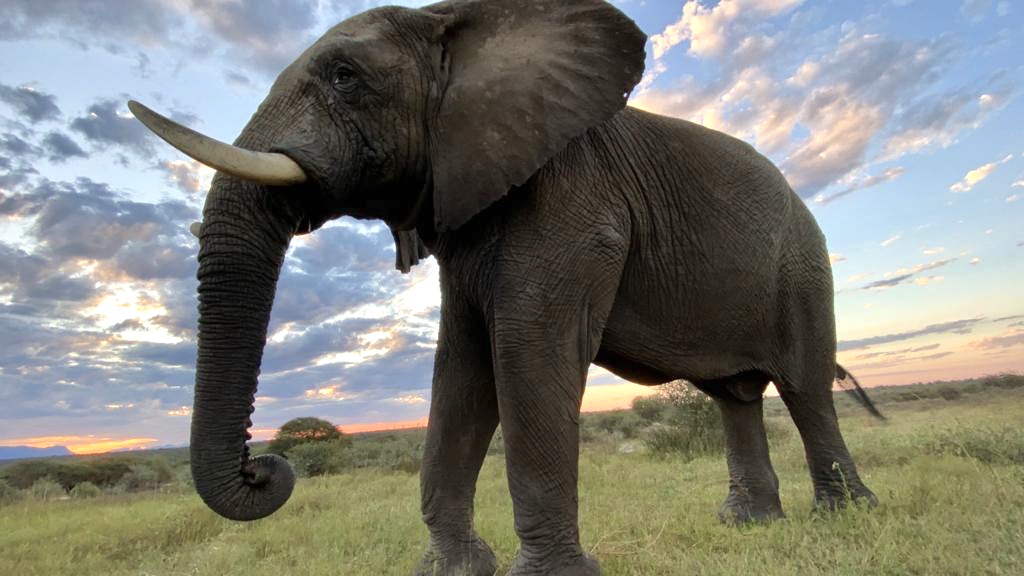 The hierarchy of the Jabulani bulls has long consisted of Sebakwe in first place, followed by Fishan in second, and Jabulani and Somopane tied third. But things are changing…

As the dominant bull in the Jabulani herd, Sebakwe is a noble and distinguished “gentle giant”. He has maintained his dominance for many years and is by far the biggest, tallest and widest elephant in the herd. He is grand and striking and very protective of the herd, while also being loving and caring.

Sebakwe is still firmly in top place, but Jabulani and Fishan recently came to heads in that way bulls do when it’s time to rise and shine, or slip and dip, in the ranks.

While Jabulani has always been beneath Fishan in status, Fishan, as you may know, recently had an accident that gave him a big knock in health and strength. In 2018, he fractured his front left leg by walking into a deep hole. After numerous procedures and 18 months of rehabilitation, we managed to get this four-tonne animal back on his feet.

Fishan may be a great inspiration and a symbol of courage for us, but this slip in his prominence and stability, as well as a slight persisting limp, has weakened him. And from the looks of his recent squirmish with Jabulani, the younger bull picked up on this and took advantage of him resulting in a dramatic clash one recent afternoon, Elephant Manager, Tigere reported. While no one was hurt, it has become clear that the altercation led to Jabulani proving himself the stronger, more dominant bull, thereby rising above Fishan in the bulls’ social structure.

Unfortunately, we do not have any photos or footage of the event to share, as it took place while out on the reserve as the elephants were foraging. 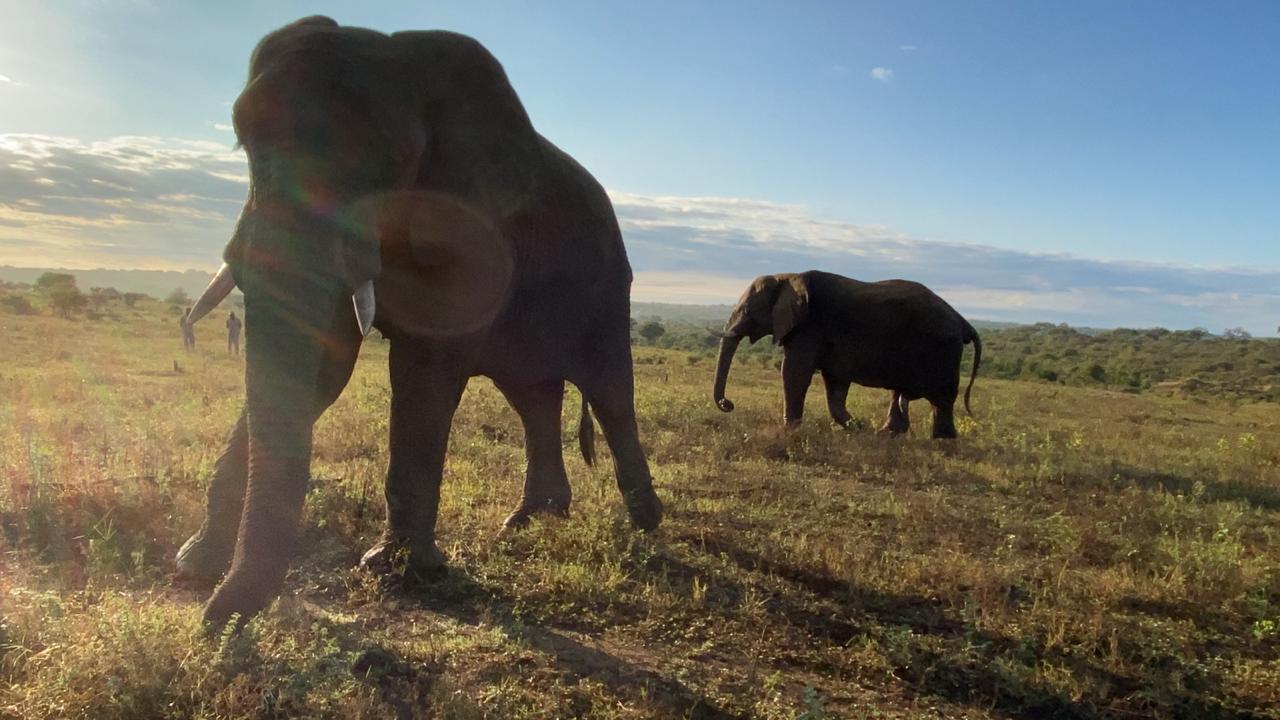 One day, Jabulani may try to take on Sebakwe, now that he is second to the don.

We’re rather proud of this youngster, having seen him grow up from a tiny calf. Jabulani is certainly growing older. His adoptive family of elephants have been there by his side, watching the orphan growing taller and stronger. Born in 1997, Jabulani is now around 23 years old, compared to Sebakwe’s 35 years and Fishan’s 31 years. Jabulani is young, strong, well-kept, tall and slender. He’s friendly, loving, highly intelligent and playful, with an active and enquiring mind. He loves to be part of the action.

Fishan showed true strength of character in continuing to never give up after his accident and to keep trying to get back to his place with his herd.

He continues to get stronger and stronger, has returned to swimming and can use his leg much more, kicking soil and swinging it just like the other elephants. Even after his confrontation with Jabublani, Fishan seems to not be letting it get him down, as he continues to play in the dam on his swims and happily spends time with the other elephants, including Khanyisa.

Jabulani and Fishan, along with the other older bulls, show that bulls can be very caring and fatherly with little calves. They don’t have that motherly instinct, but they play an important role in the blended Jabulani herd in the love and support they contribute.

The Jabulani herd is perhaps the only herd like it in the world.

A herd that teaches us so much about how far elephant empathy, acceptance and bonds can go. As a rescued and blended herd of orphans living together, their dynamics range from completely natural to wholly unique.

The herd, you see, includes elephants from different family backgrounds – something quite unheard of and yet truly harmonious in practice. The only similar structure in the wild is in male herds, where males from different herds leave their family (when between 12 and 15 years old) and come together in a new herd with new family members. The females remain with their original herd for as long as they live. 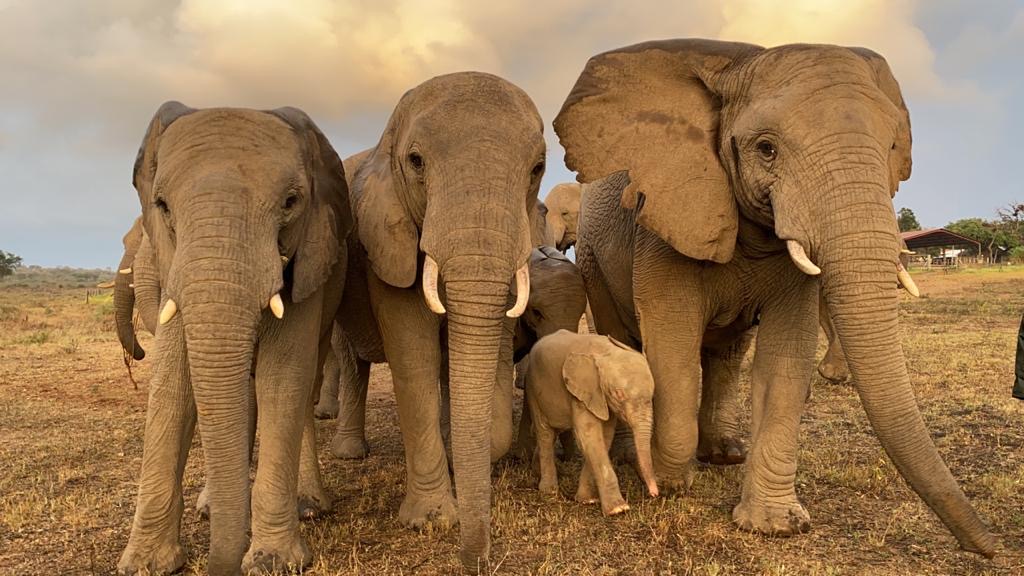 Elephant herds in the wild split along the gender lines, with a matriarchal herd including females and all youngsters, and a patriarchal shoot-off that includes adolescent males and older bulls who have left their family herd.

Here, the Jabulani herd proves its individuality once again – by including both a female and male group.

In spite of this, their natural leadership structures remain for both the females and males, together. These innate social systems continue to rule the herd. We’ve shown you how the females take to their roles of caretakers and babysitters, mothers and allomothers, caring for new orphans and learning from one another. But the adolescent boys and men have their own roles, structures and hierarchies too, in disciplining, protecting and caring. 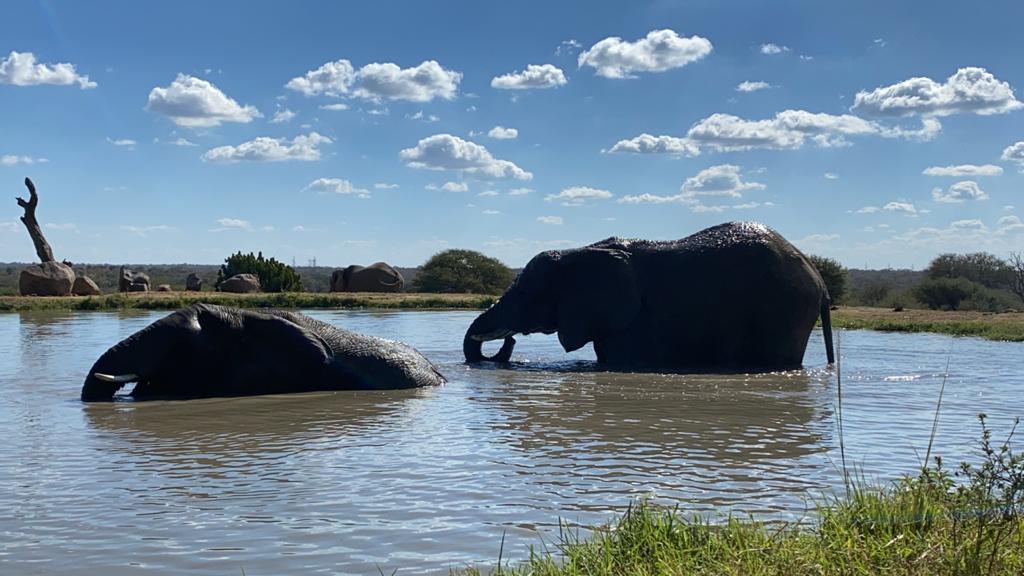 It’s truly fascinating to watch the dynamics of the Jabulani herd change and grow over time.

Wherever their place in the social order, each elephant remains part of this unique family – a herd both unlike any other, and yet just like a wild herd in so many ways. 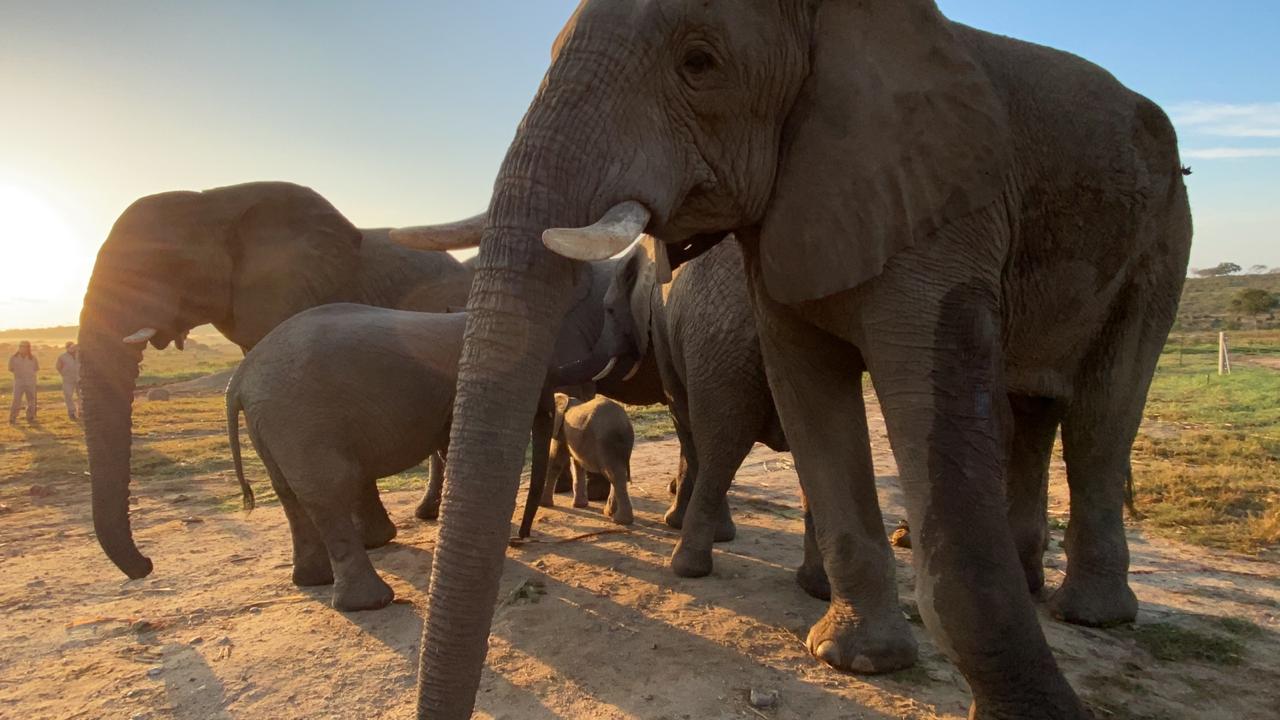