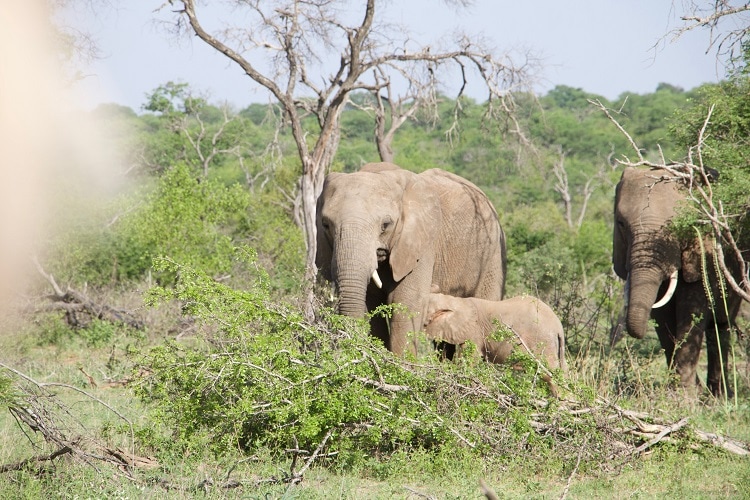 Picture this… The year is 2050. The grandchildren are over for their monthly sleepover. Everyone is cuddled up in front of the television, the smell of popcorn fills the air. Tonight is the night that BBC releases their new documentary called, “The Mass Extinction”

The grandchildren stare at the TV screen in awe of scene after scene of amazing animals: rhino, lion, wild dogs and pangolin. The realisation hits you that this isn’t a documentary about prehistoric times but a documentary about the 21th century extinction. When the end credits start rolling, your grandchildren start asking you about the time you were able to see these animals in real life and not just on TV or pictures.

Although this is a very dramatic scenario we are currently in a situation were this will possibly be a reality in the near future.

In the last 30 years, 160 different species of fauna and flora were declared extinct worldwide by the IUCN.

As of 25 March 2021, the IUCN noted that: Following population declines over several decades due to poaching for ivory and loss of habitat, the African forest elephant (Loxodonta cyclotis) is now listed as Critically Endangered and the African savanna elephant (Loxodonta africana) as Endangered on the IUCN Red List of Threatened Species™. Before today’s update, African elephants were treated as a single species, listed as Vulnerable; this is the first time the two species have been assessed separately for the IUCN Red List, following the emergence of new genetic evidence.

A species that has been making headlines the past decade is especially our rhinos, an animal close to my heart. Planet earth is home to five different species of rhino, which are limited to Asia and Africa. Of the three species that call Asia home, two of them (Javan Rhino and Sumatran Rhino) are listed as Critically Endangered.

The biggest threat to the Javan rhino is the very small size of the remaining population. With an estimated 74 animals left in a single population in Ujung Kulon National Park, the Javan rhino is extremely vulnerable to natural disasters and disease. Numbers of Javan rhinos have increased during the last few years, thanks to the expansion of the habitat made available for them in neighbouring Gunung Honje National Park.

There are now fewer than 80 Sumatran rhinos left in the wild, and efforts are now being invested in captive breeding in an attempt to boost the population. Historically, poaching had depleted the population but their biggest threat today is habitat loss – including forest destruction for palm oil and paper pulp – and increasingly, small, fragmented populations failing to breed.

Although poaching remains a high threat, particularly in Kaziranga National Park, a key area for the species, the need to expand their habitat to provide space for the growing population is a key priority.

Our African rhino poulations are facing their own demise.

The overwhelming rhino conservation success story is that of the southern white rhino. The white rhino recovered from near extinction with numbers as low as 50 – 100 left in the wild in the early 1900’s. This sub-species of rhino has now increased to between 17,212 and 18,915, with the vast majority living in a single country, South Africa. The northern white rhino, however, has only two females left, after the last male, Sudan, died in March 2018.

Large-scale poaching saw black rhino populations decline from around 70,000 individuals in 1970 to just 2,410 in 1995 – that’s a dramatic decline of 96% over 20 years. Thanks to the persistent efforts of conservation programmes across Africa, black rhino numbers have risen since then to a current population of between 5,366 and 5,627 individuals. Importantly, their geographic range has also increased, with successful reintroduction programmes repopulating areas that had previously seen native black rhinos.

African wild dogs have disappeared from most of their former range.

African wild dogs or painted wolves have an estimated population of only 6600 adults in 39 subpopulations and of which only 1400 are mature individuals.

The causes of African wild dog’s decline is reasonably well understood and includes habitat fragmentation as a consequence of wide-ranging behaviour, infectious disease like rabies, and conflict with humans including livestock and game farmers, wildlife snares and road accidents. All of these factors point to human encroachment and seem to be irreversible.

As for the pangolin… There are eight species worldwide, and currently found on two continents. They range from Vulnerable to Critically Endangered.

South Africa is home to the Temminck’s Ground Pangolin. All eight pangolin species are protected under national and international laws, and two are listed as Critically Endangered on the IUCN Red List.

In June 2020, China increased protection for the native Chinese Pangolin (Manis pentadactyla) to the highest level, which closed an important loophole for consumption of the species in-country. Additionally, the government will no longer allow the use of pangolin scales in traditional medicine, a big win given that an estimated 195,000 pangolins were trafficked in 2019 for their scales alone.

Each day we do our best to raise awareness about these endangered animals, with guests on safari and on social media and in our blog. Protecting the animals that we share our reserve with at Jabulani is a vital part of our day too and every species’ wellbeing and survival is considered the utmost importance, due to the connectedness of each life form to the next.

We hope you will join us in learning more about these animals and continuing to never give up, to always share knowledge, and help do your part to touch earth lightly, to do no harm, and to help where you can.

See you out in the wilderness! Let’s appreciate how fortunate we are to still be able to witness these animals in private corners of wildernesses where they are safe to roam freely…