Spotlight on: Mambo the elephant

Mambo is one of the  Jabulani herd’s young elephants. He was born to Lundi on 29 August 2009, and is a charming youngster who is also very playful at times. In fact, he can be quite the little hooligan!

Mambo enjoys people and often interacts with our guests. He knows that the more people he sees, the more food he gets. He works this to his advantage, and loves every minute of it!

When Mambo interacts with guests, his mother will stand about 300 – 500 metres away. This really shows how much she trusts humans. 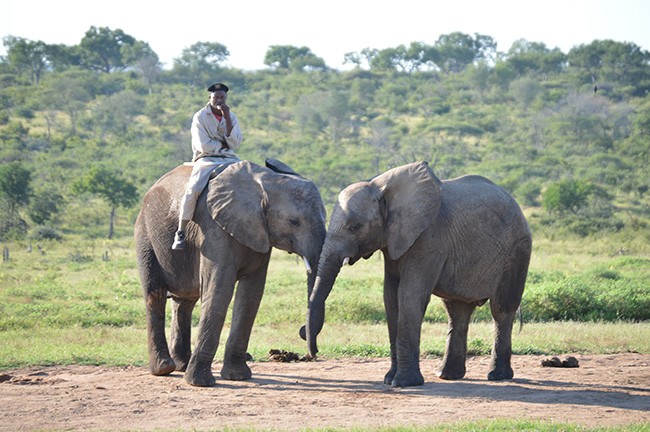 Mambo and Zindoga are best of friends, and are often seen together. They enjoy spending their free time wrestling with each other in between grazing. Mambo is growing extremely fast, and even though he is two years his junior, he is already the same height as Zindoga.

According to Tigere, Mambo is very playful during walks and will often try to take short cuts to beat the rest of the herd. But every now and then, he takes the wrong turn and ends up in the wrong place! He will then quickly call to the rest of the herd who collectively vocally guide him right back. Occasionally the whole herd has to actually turn back to fetch him, as gets so upset that he begins to trumpet. Many would call it a tantrum! 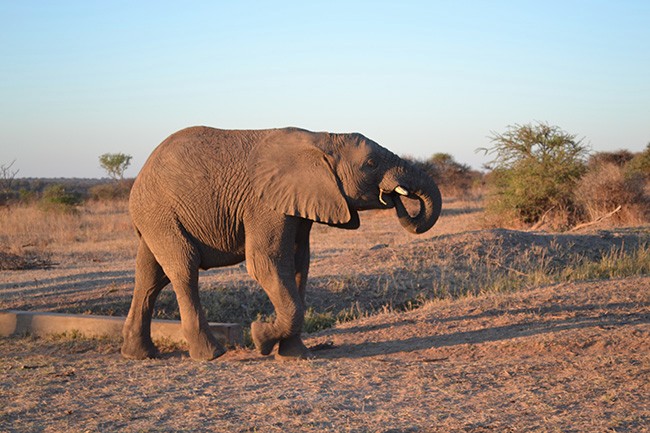 Despite being extremely energetic, Mambo is a very gentle and trusting elephant, and is constantly making the grooms laugh with his funny antics.

You can watch Mambo, convinced that he is the scariest elephant ever, mock charging while on a walk here: