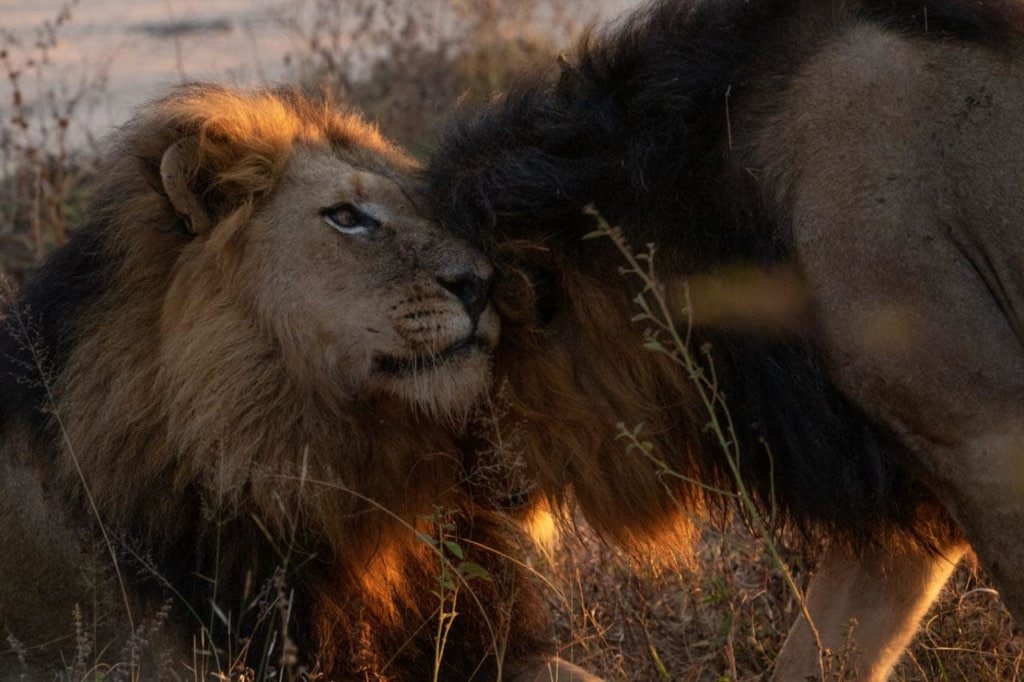 Friends in the bush

Within the bush there aren’t any specific friendships between different species but rather they make use of symbiotic relationships such as mutualism where certain species will utilise the presence of other species for beneficial purposes.

In mutualism both species benefit from the actions of the other species. Some good examples are mutualism between certain mammals and oxpeckers, whereby oxpeckers will help remove parasites such as ticks off different mammals like giraffe, warthog, rhino, buffalo and many different antelope. The oxpeckers benefit from this relationship by being able to feed on the ticks for the blood and occasionally the ear wax from its host and the mammals benefit by having their parasites removed.

You often find zebras, wildebeest and impala feeding together – not because they are friends but rather because they benefit being around each other. Zebras eat the top shoots of grasses which are often followed by wildebeest that eat the medium shoots – followed by impala who eat the bottom shoots. These animals also stick together for safety in numbers, ensuring a higher chance of survival and extra eyes and ears.

Enemies in the bush

Predators in general are all enemies, because of their competition for food and land, but there’s no rivalry quite like that betwenn spotted hyenas and lions.

A lot of people believe that lions are the true kings of the jungle, but the king will often have many enemies and will get pushed out of the top ranking position at some point or another.

Spotted Hyenas are a good example of a predator that will push lions to their limits. The constant battle for land and food between Hyenas and lions is a never ending process, it often has to do with the amount of lions in a pride or the amount of hyena’s in a clan which determines who dominates who. I’ve witnessed a smaller amount of hyenas push away a much larger pride of lions where at that point its a lot to do with the mentality of both species as both don’t want to fall victim to the other, as well as trying to avoid conflict as that could cause injuries which will make the group weaker and more vulnerable.

These two species will forever be the biggest of enemies because they have turns dominating another, when it comes to other predators like leopards that are usually solitary, they will prefer to evacuate the area immediately because they are much smaller and not being in a group disadvantages them greatly.