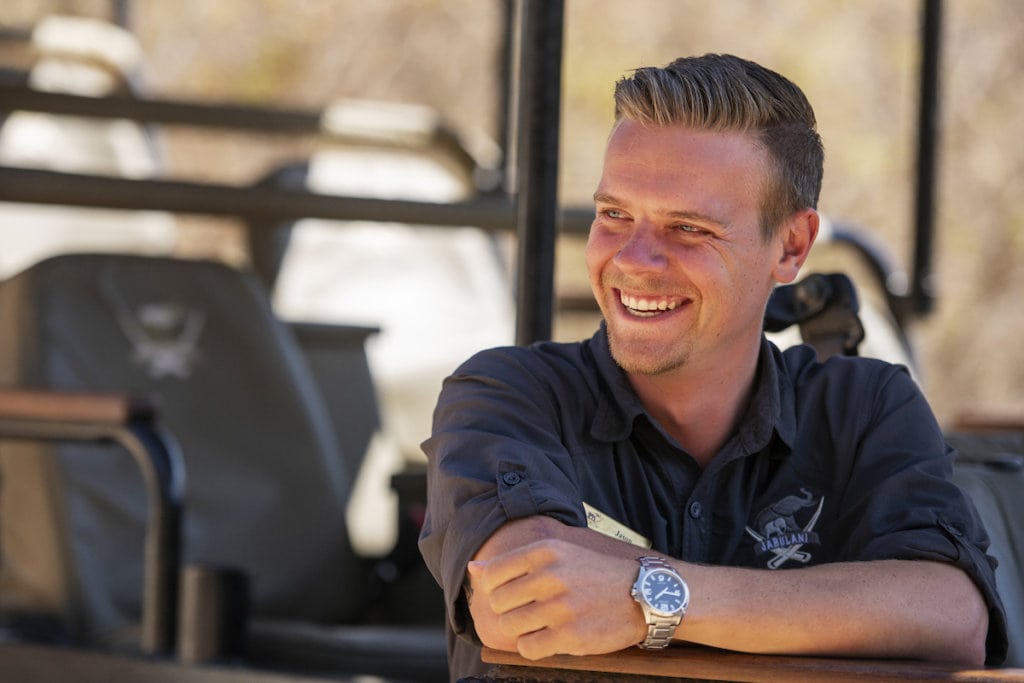 In celebration of  World Wildlife Day, we asked our ranger, Jason Botes, if he would share his top three wildlife encounters of all time. He took the time to write this blog, sharing in detail, each experience.

If I have to look back on 10 years of my guiding career so far, there have been hundreds, if not thousands of sightings that have come and gone in front of my eyes but oddly enough not every sighting will stay with you. I have been sitting and thinking for a few days now reminiscing over the incredible career I’ve been privileged to enjoy and the sightings that have gone along with it, now I may not be able to write and explain everyone that has stood out but I will do my best to try and describe my top 3 sightings so far that I will never forget.

So the first sighting or wildlife encounter that comes to mind and that will always be special to me will have to be the first leopard I found on Kapama game reserve where Jabulani is located . I had started as a field guide (or ranger as we are also referred to as) at Jabulani in 2017, I had only been at the lodge for a few days when I was asked to do a short game drive, I was rather excited about it but nervous too, considering I only knew one road from the lodge down to the Klaserie River and back again but I felt confident enough that it wouldn’t be too bad. After reaching the area of the river I had heard chatter over the radio about a leopard that had been seen nearby and that there were already vehicles in the area searching to relocate her. 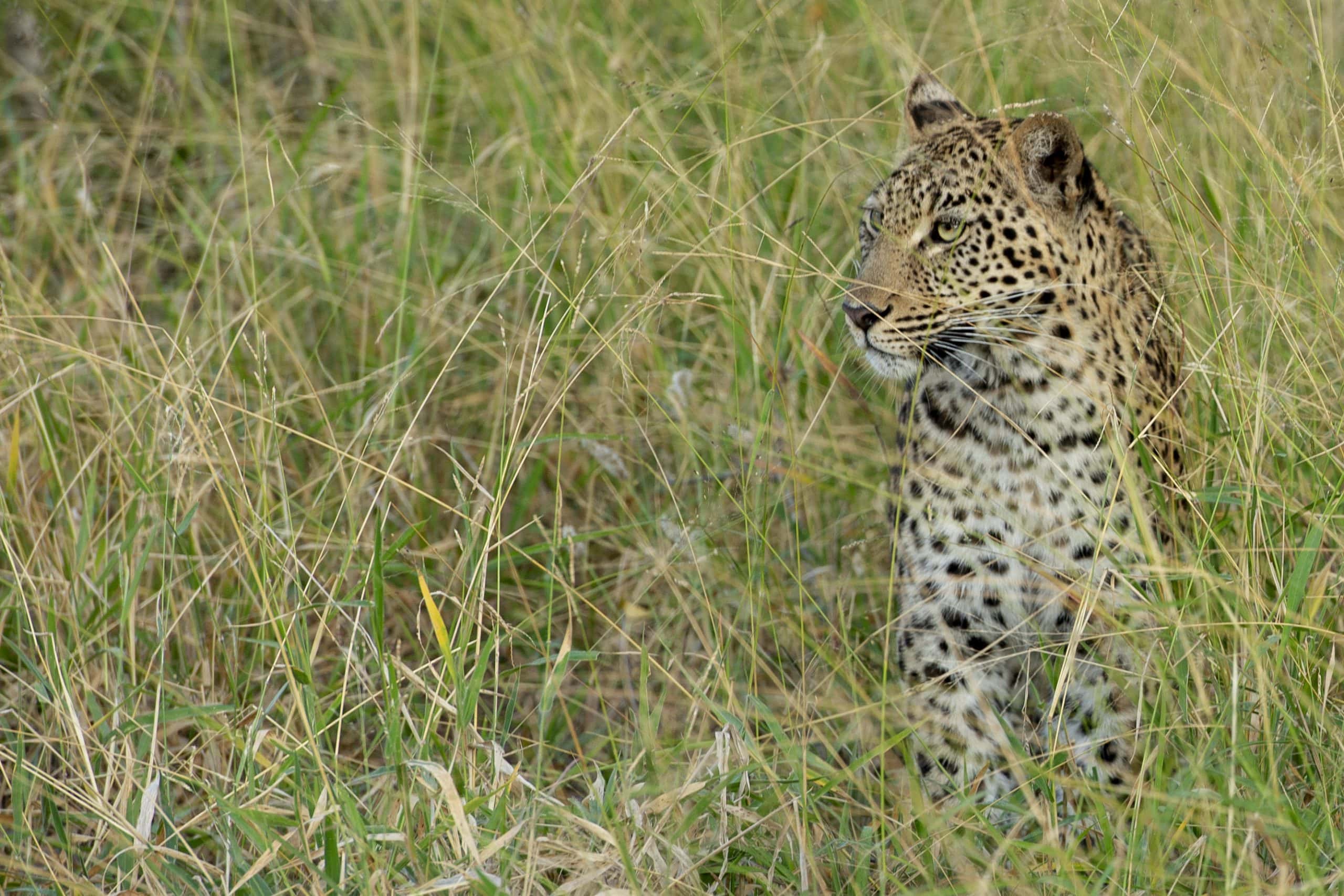 I did not want to get in the way being new on the reserve and not wanting to overstep any boundaries either so I quickly turned off on a road next to the river to slowly track back in the direction of the lodge, by that time the sun had set and my spotlight was out, anxiously searching and at the same time making sure I didn’t get lost when all of a sudden my light caught a paw dangling from a tree above, my heart started beating faster and with an excited tone, I just remember saying “oh wow it’s a leopard” and a minute later thinking oh boy, now the tough part is calling it in on the radio! I have always had a great love for leopards and the elusive nature and behaviour so I felt truly honoured for my first animal found on a new reserve to have been such a special one with a beautiful female leopard and thank goodness it most certainly was not the last!

The second encounter will be my very first pangolin, now once again this just so happened to be within my first two weeks of being at Jabulani, I remember coming back from a game drive that I had been out on with another guide and was just hanging around the lodge when all of a sudden my colleague Ruan came up to me and said “don’t ask any questions, just get in the vehicle and come with me!”. Now being the new guide at a lodge I had a few things run through my mind, I remember thinking that it was an initiation or potentially being driven out in the dark and being told to drive back with no help. But, no matter what it was going to be I could not say no and just hopped on the vehicle and hoped for the best.

While driving away from the lodge Ruan didn’t speak much, just asked a few questions here and there making me still think of what is happening, it was only when I saw him pick up the radio did I realise it was a sighting we were heading too but the question was what animal was it?

We approached another vehicle that was leaving and said just look in the grass of the road and that’s when I saw it, this huge round scaled animal and I immediately knew I was looking at my first pangolin and I couldn’t be happier! I only have Ruan to thank for that and for sparking a fire and love for those amazing animals! 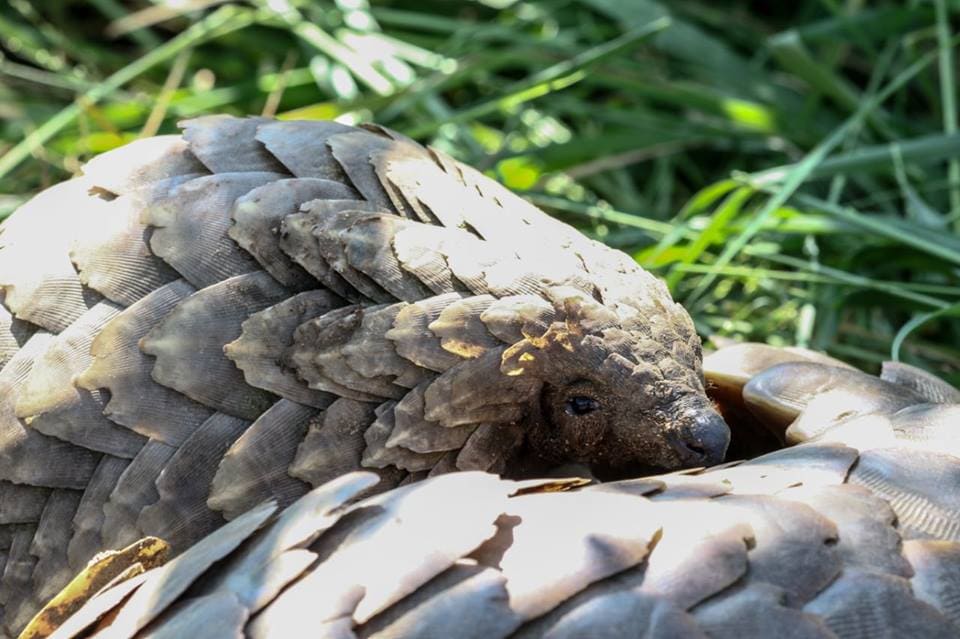 And for my final sighting that will most likely stay with me for many years to come and will sit on the top of my list as the best lion hunt I have ever seen and experienced, happened in April 2018, after leaving the lodge on an afternoon game drive, the mission was to track and hopefully find some lions.

Earlier that morning one of the prides had been seen nearby so we knew where to start, we drove for ten minutes when we found tracks and started to follow them, heading down the road the tracks veered off towards another road and into the bush, as I was about to turn to follow and loop around the block I heard from behind me “what is that moving by the termite mound?” I immediately stopped and picked up my binoculars, looking towards the termite mound all I could see was a tail waving around vigorously and the next thing a lioness popped her head up, looked around and bent back down, so we started the vehicle quickly and drove over, mission successful, we had found lions but soon realized that this was a lone female that was not with a pride and had opted to hunt on her own.We sat and watched this lioness dig and scratch away at this termite mound for at least 20 minutes wondering what her plan or intention was but that would all make sense to us soon enough. Time was ticking by and the sun was setting, I looked away for a second when all of a sudden this lioness was gone, I started the vehicle and drove forward-thinking she maybe slipped around the back but no sign of her at all, that was when we realised she had climbed inside the termite mound!

She was digging away at the entrance of a warthogs hole, trying to make it bigger and wider for her to fit. Now this is something I have never seen before, I knew of leopards digging up and climbing in after warthogs but not lions, but I feel because she was alone and her condition was weaker than normal, desperate times call for desperate measures and she tried a new tactic. We sat and waited and waited, minutes passed by and no movement or sound at all, eventually I asked my guests what would they like to do, stay and watch or go enjoy a sundowner together and the answer was short and simple, stay and watch of course!

So we waited longer, 20 minutes had passed, no sounds, 30 minutes had passed and still nothing when all of a sudden the shrill and squeals of warthogs came from the hole, next thing you know out comes one warthog out the den, then two, then three all the way up to 6 but still no lioness!

Thinking the worst I felt the lioness didn’t make it, how could she survive in a small space and have 6 warthogs get passed her untouched, it was that or she found another way out. After 45 minutes of waiting and wondering when she first entered the warthogs’ hole, we heard the loud squeals once again and the growls and grunts of the lioness, quickly starting the car to move and get a better position, the first signs of her showed, a wildly flicking tail, then a backside and finally after tugging and moving out she pops with her hard fought prize, a young warthog, she gave us one look and in seconds she trotted off into the bush to enjoy her meal, leaving us shocked by what we saw and giving us memories to last a lifetime.

So in short those are just three of my standout wildlife encounters that I have had, it was certainly tough trying to narrow it down at the end of the day as there are just so many that I have had and I’m sure there will be many more added as the years go by but I do hope you enjoyed the stories and that I was able to paint you as best a picture as I could in these short paragraphs, until the next time!