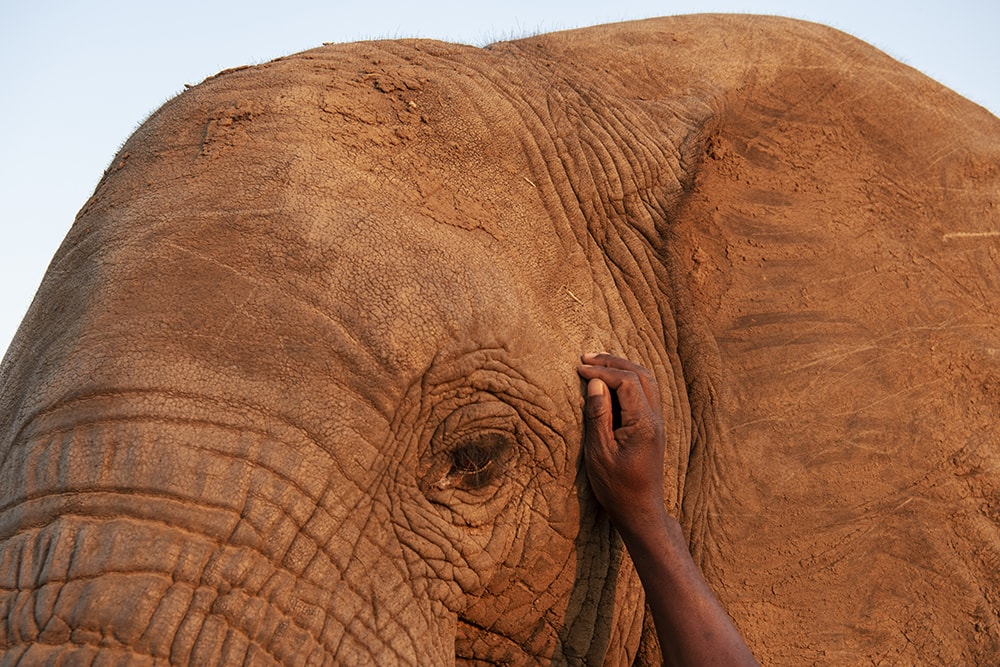 Through the Eyes of an African Elephant

Through the Eyes of an African Elephant 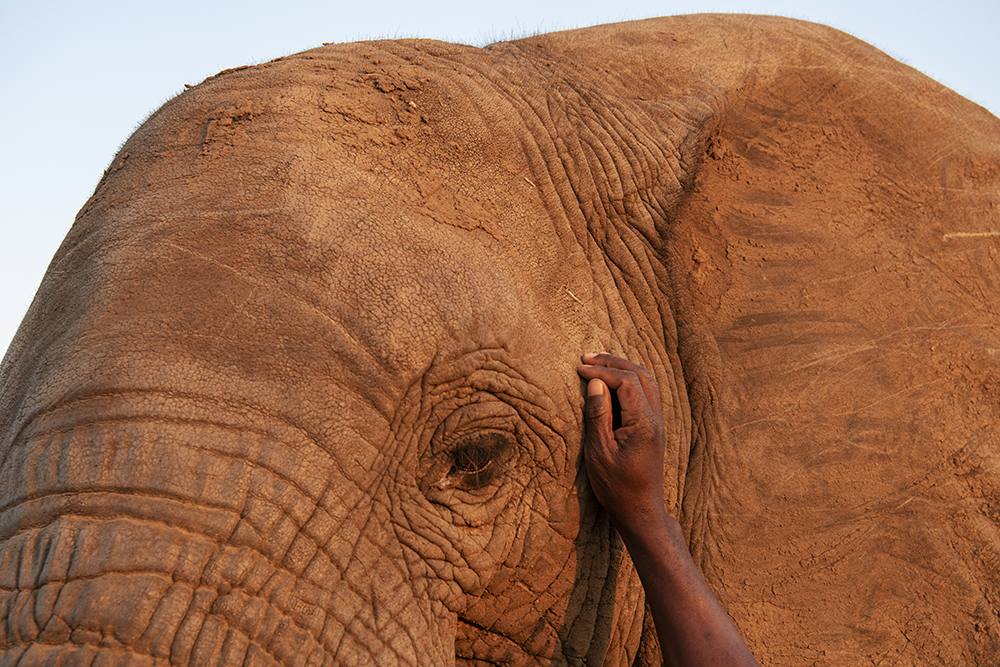 When an African elephant is born,

It relies on its other senses to navigate its strange new world from between its herd’s legs. As its eyesight develops and the animal grows bigger and older, allowing it to seek out delicious soft green shoots and ripe Amarula fruit, and ‘keep an eye’ on other calves, the eyes remain small – relative to its size; it is, after all, the largest living land animal. They provide only moderate vision.

Even with its tiny eyes, it remains one of the world’s most intelligent animals – described by Aristotle as “the animal that surpasses all others in wit and mind.” How it navigates its world and creates its complex inner life is through their sense of touch, hearing and smell, senses that humans have become much less adept at in comparison. 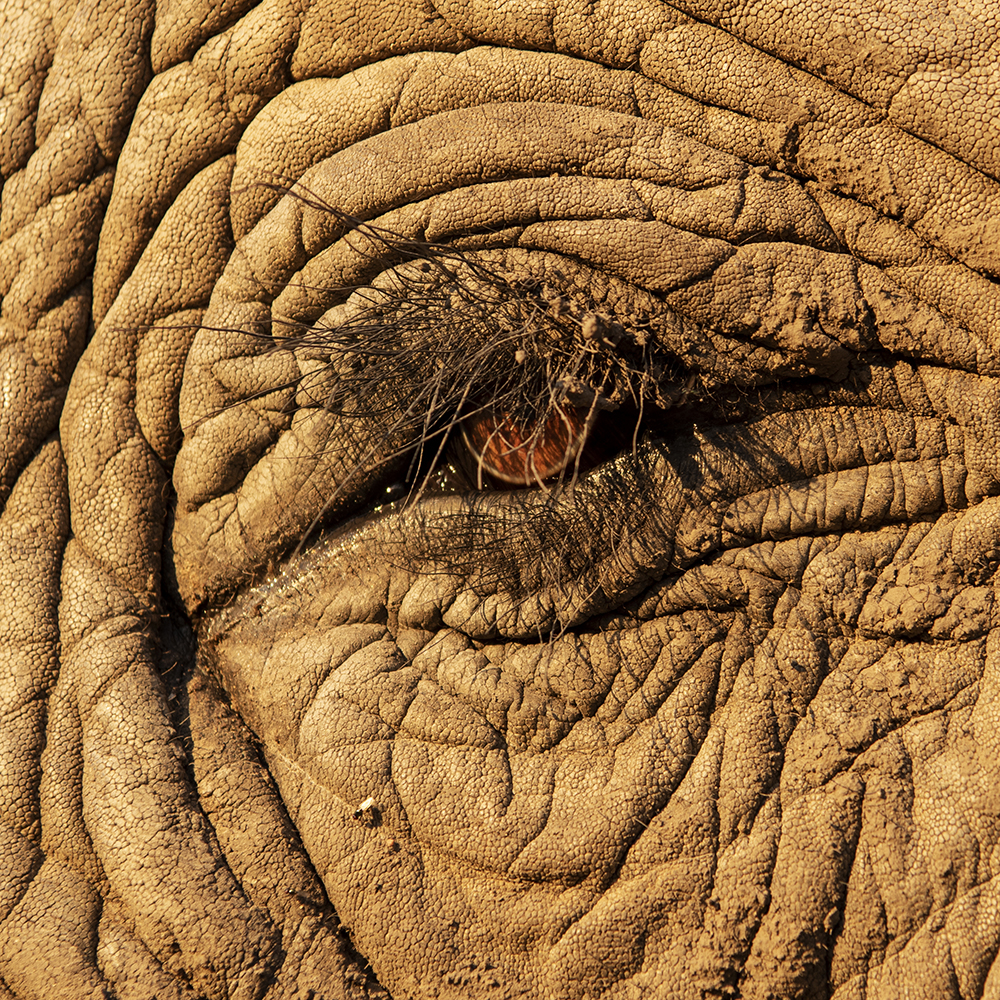 In the dry season in the wild, elephants travel vast distances to track down new sources of water and food, but they are far more likely to smell or hear the water than to see it. Originally they roamed as far as the eye could see… and adapted to various habitats from semi-desert to savanna grassland and primary forest areas.

Being cathemeral (active in the night as well as the day), their eyes adapted to see in the dark.

This has enabled them to forage and travel out of the heat of the African sun. But as a result, their day-time vision is sacrificed. They can actually see better in the shade than in the full sunlight of the open savanna. Interestingly, forest or shade-adapted elephants sport a rounder pupil as a result. 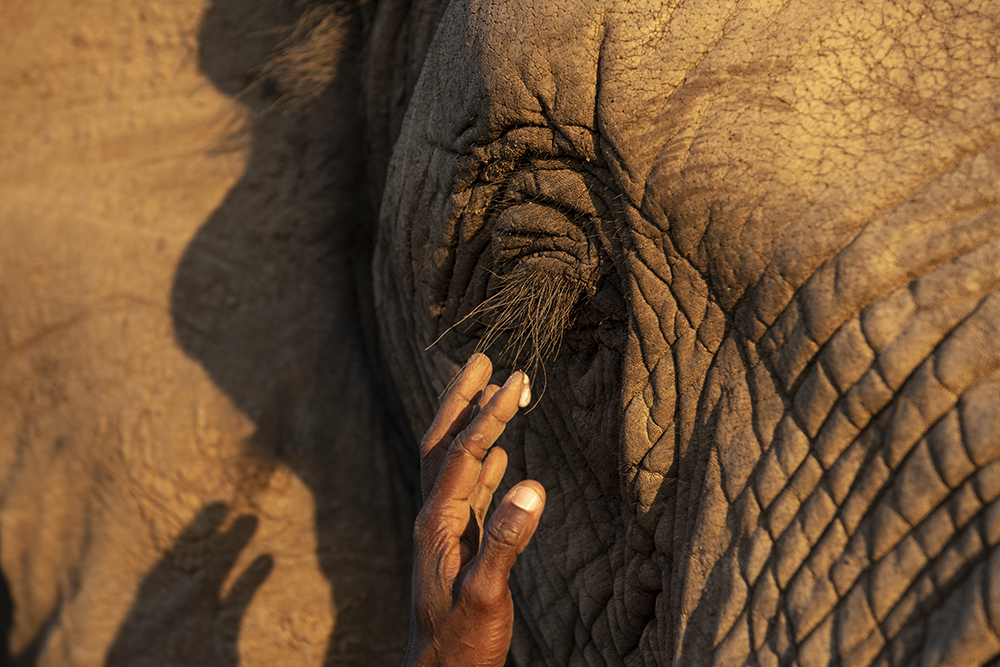 They may not have superb depth perception, on account of the placement of their eyes on the sides of their heads, but they are able to spot those left-field trunks and branches coming at them during dam frolics.

When it comes to elephant eyes, their lashes and lids are particularly useful, helping with the animals’ “walk through” rather than “walk around” attitude to all that gets in their way.

As Lawrence Anthony wrote in The Elephant Whisperer…

“Elephants operate on a steadfast principle that all other life forms must give way to them, and as far as they were concerned, foreign tourists at a sit-down dinner around a swimming pool were no different than a troop of baboons at a swimming hole.” 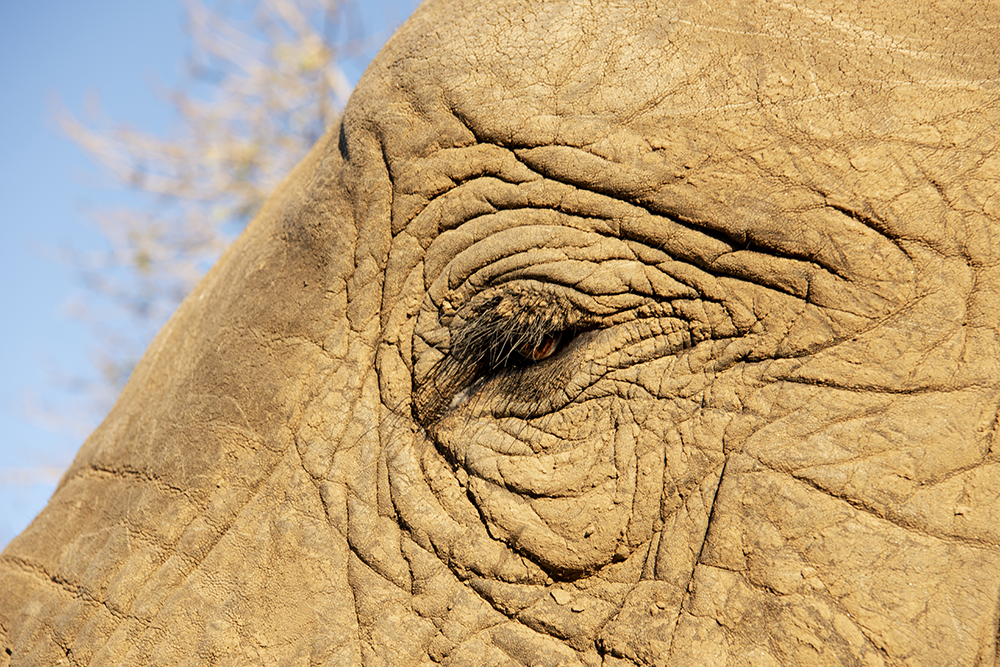 Their long eyelashes and a third eyelid (or nictitating membrane) that sweeps horizontally are nature’s way of keeping mud, dust and other debris out of the reddish-brown eyes of a careless pachyderm. When that doesn’t work, there is always that wonderful trunk, with its dexterous two ‘fingers’ at the tip that can wipe away stray grass and dust from its eyes.

As with all terrestrial mammals, elephants’ eyes are kept lubricated and protected by “tears” – lubrication creating distinctive streaks from the elephants’ eyes. These streaks have given rise to the somewhat romantic notion that elephants cry, when in fact they really do just have a little something in their eyes. Most mammals have tear ducts, but due to their semi-aquatic past, elephants have lost theirs. 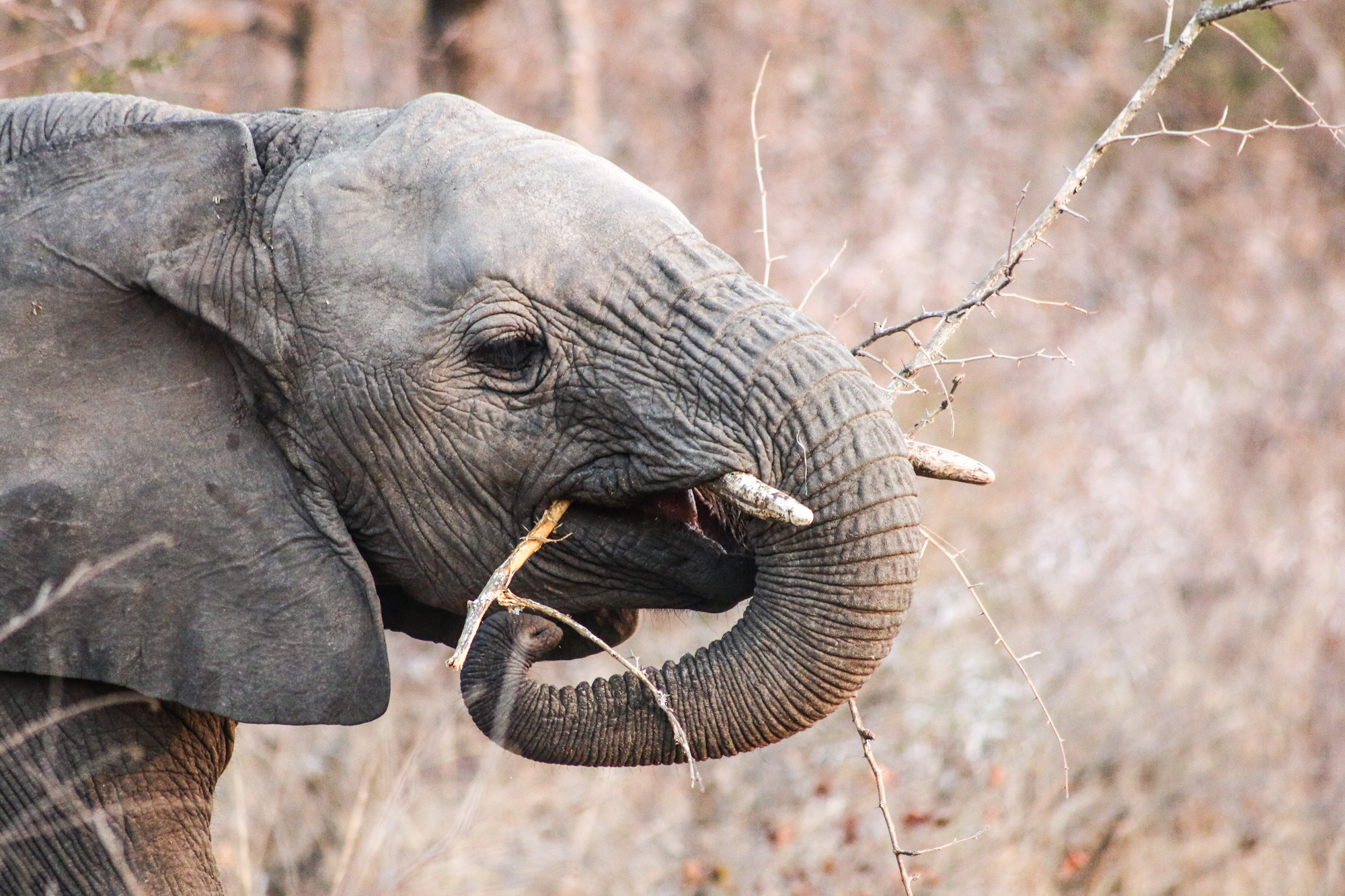 Still, we can understand a matriarch getting a tad misty-eyed watching her calf playing sweetly in the mud.

If you’ve ever wondered about the white ring around the iris of some elephants’ eyes as they mature, the answer is something similar to the age-ring humans can develop as they age, called arcus lipoides. Luckily, it doesn’t affect their vision in the slightest.

Next time you’re eye to eye with an elephant, remember that it’s contemplating you with much more than those beady little soul-windows. Consider, for instance, what those curious trunks are up to… 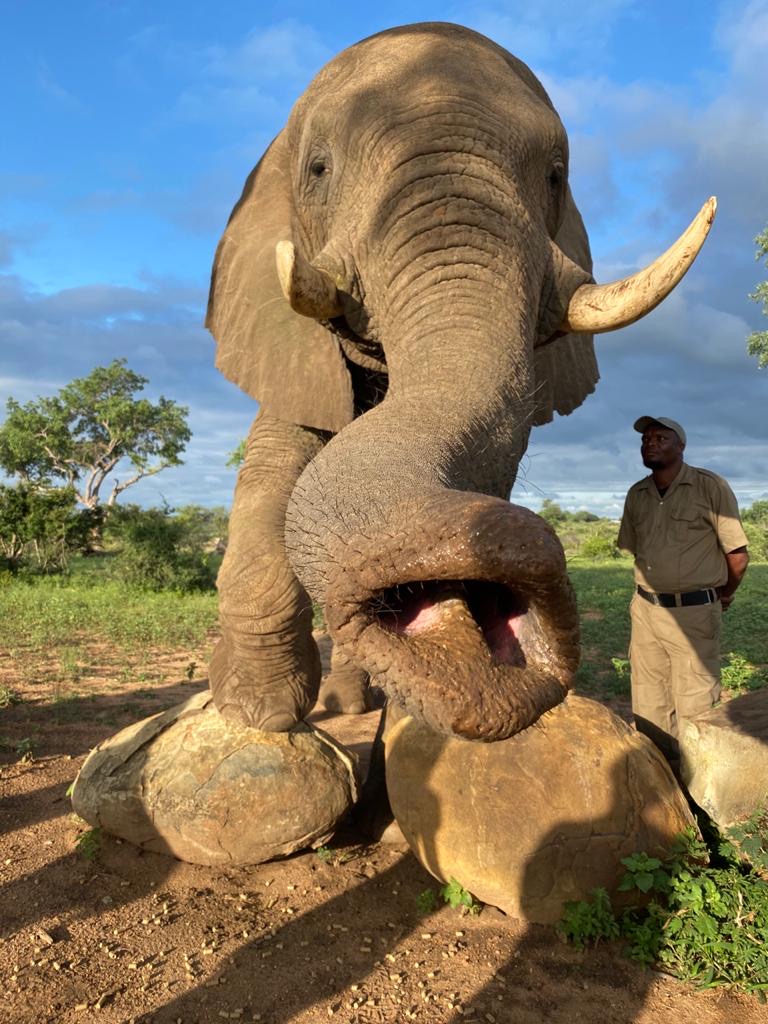