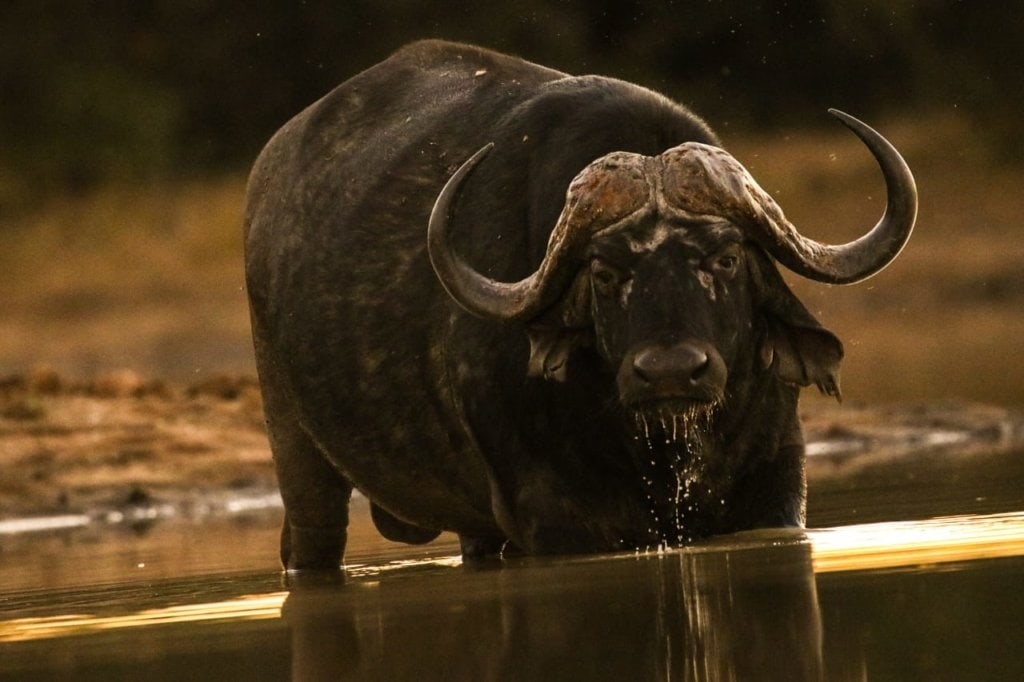 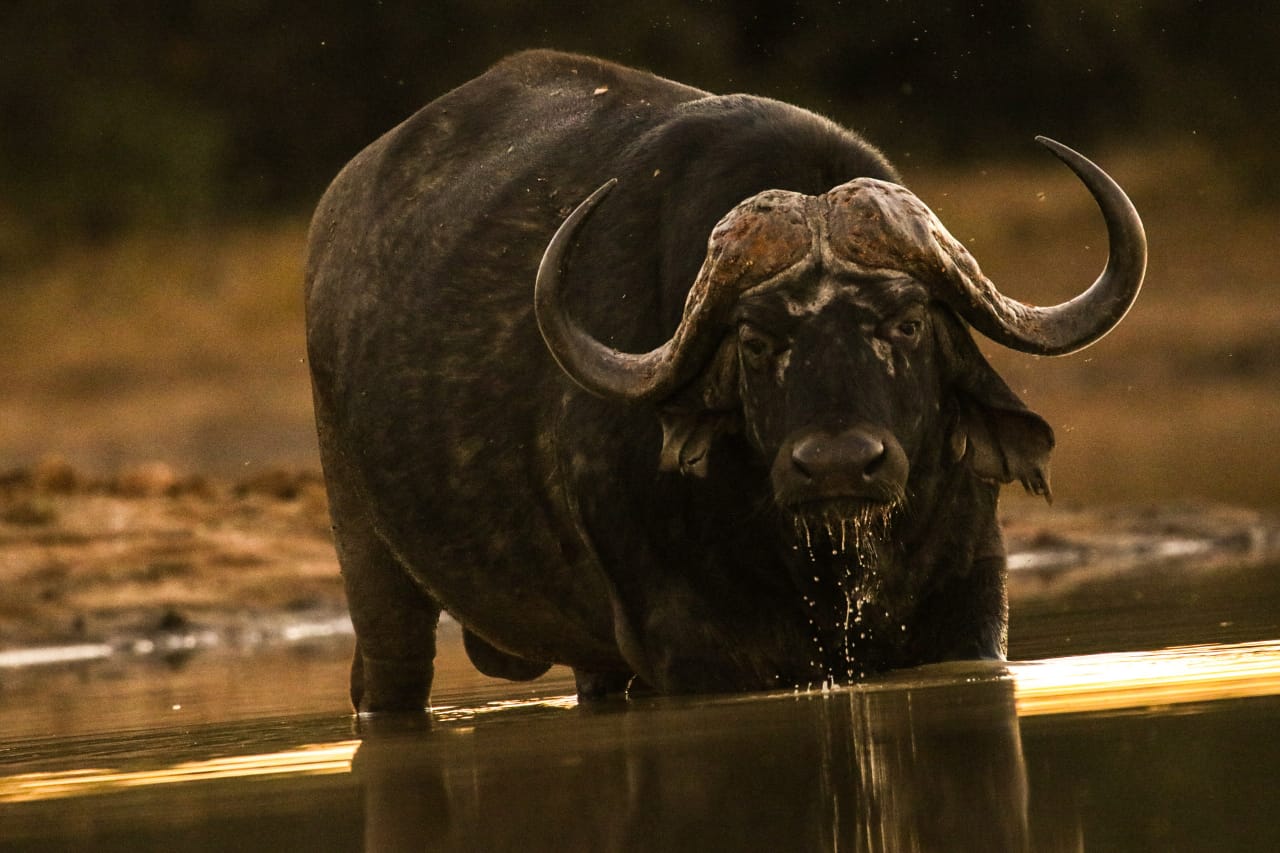 We’ve all had an itch we couldn’t scratch…

Perhaps, desperately, when battling a tickle on your nose or foot, when your hands are tucked away under a cloak at the hairdressers, or wrapped around heavy shopping bags, while walking to the car. Twitch your nose or shake your toes all you like, the itch just gets more tenacious. Didn’t you ever wish for that third arm, a tail, or personal assistant maybe?

The African buffalo has just that – a flock of assistants, named oxpeckers. These clever little birds spend their days in all the inaccessible places that even a tail can’t reach, cleaning and combing and picking. They clean the wax out of the buffalo’s ears and peck on ticks and other parasites. They clean wounds and even scar tissue. They also act as an early warning system and hiss at approaching danger. How delightful it would be to have our own oxpecker! 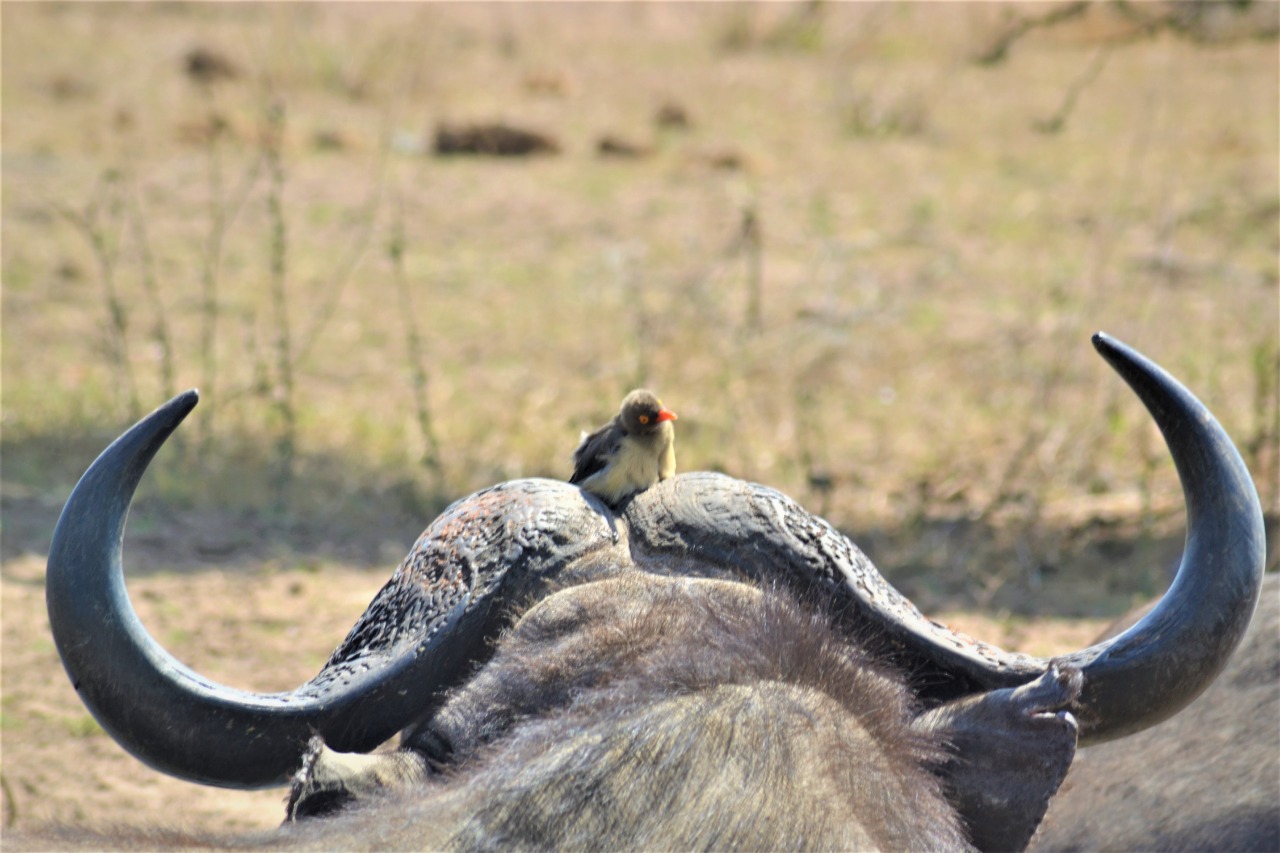 Lions are the only serious predators for buffalo over a year old… But this isn’t taken lying down. Buffalo have been known to attack sleeping lions and then to seek out and kill the pride’s lion cubs. Whether they do this as revenge for past lion predation or to eliminate future threats is uncertain. What is certain is that when attacked, the African buffalo will retaliate.

It is said that elephants never forget and that African buffalo never forgive.

It is this trait that has led to their inclusion in the Big Five. Buffalo have a fearsome reputation that has been achieved through the sheer bloody-mindedness of large bulls. Weighing in at up to 800 kilograms, with hide up to 5 cm thick and horns with a span of up to 130 cm, they are not easy targets. 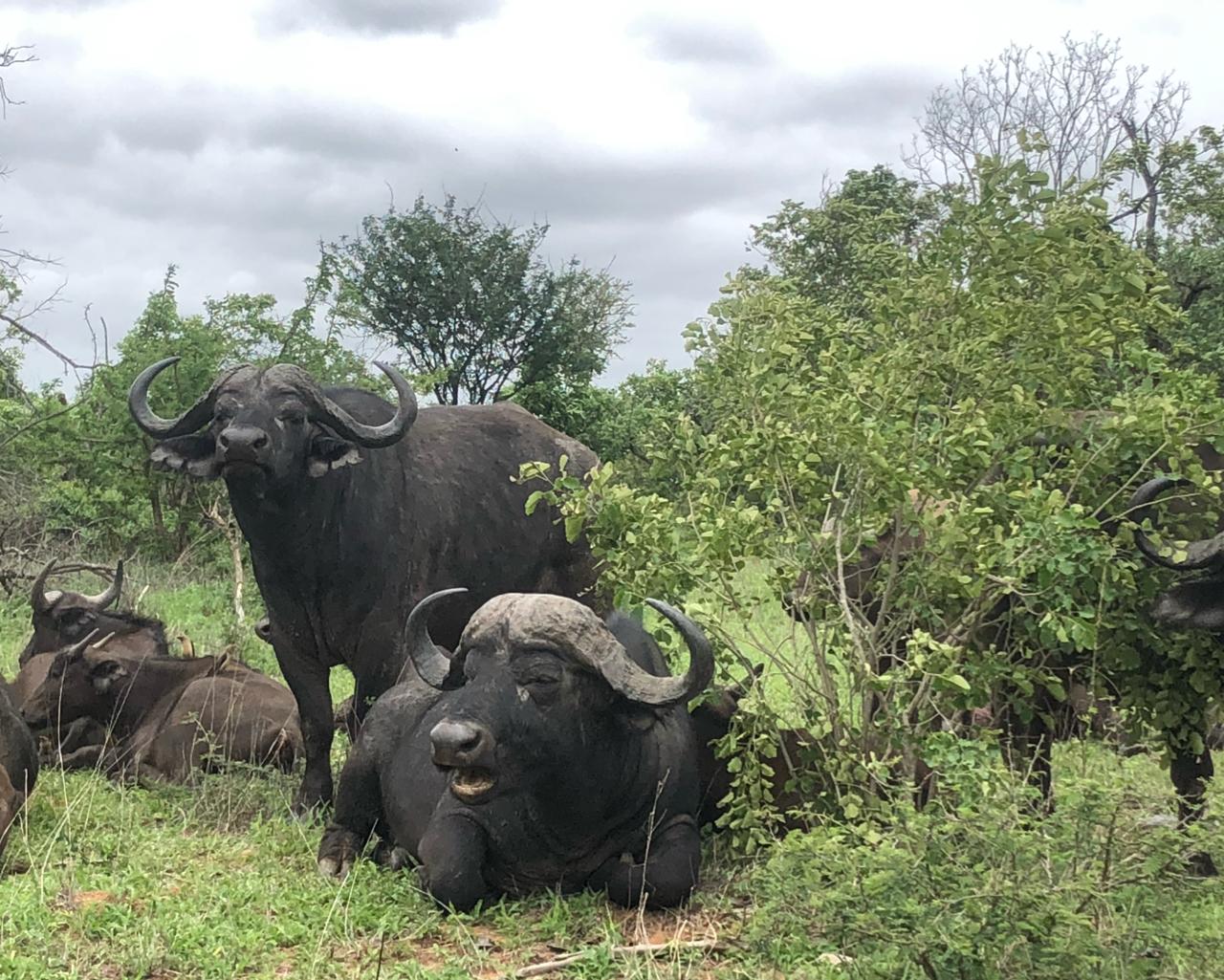 A herd, gang or obstinacy of buffalo can vary in size from fifty to over a thousand. The basic herd consists of sub-herds of high-ranking males, females and their calves, old or invalid animals and young males. The young males break away to form bachelor herds in the dry season, but rejoin the herd in the wet season to mate with females. The males have a dominance hierarchy based on fighting ability and when the older bulls can no longer compete with the younger and more aggressive bulls they leave the herd. 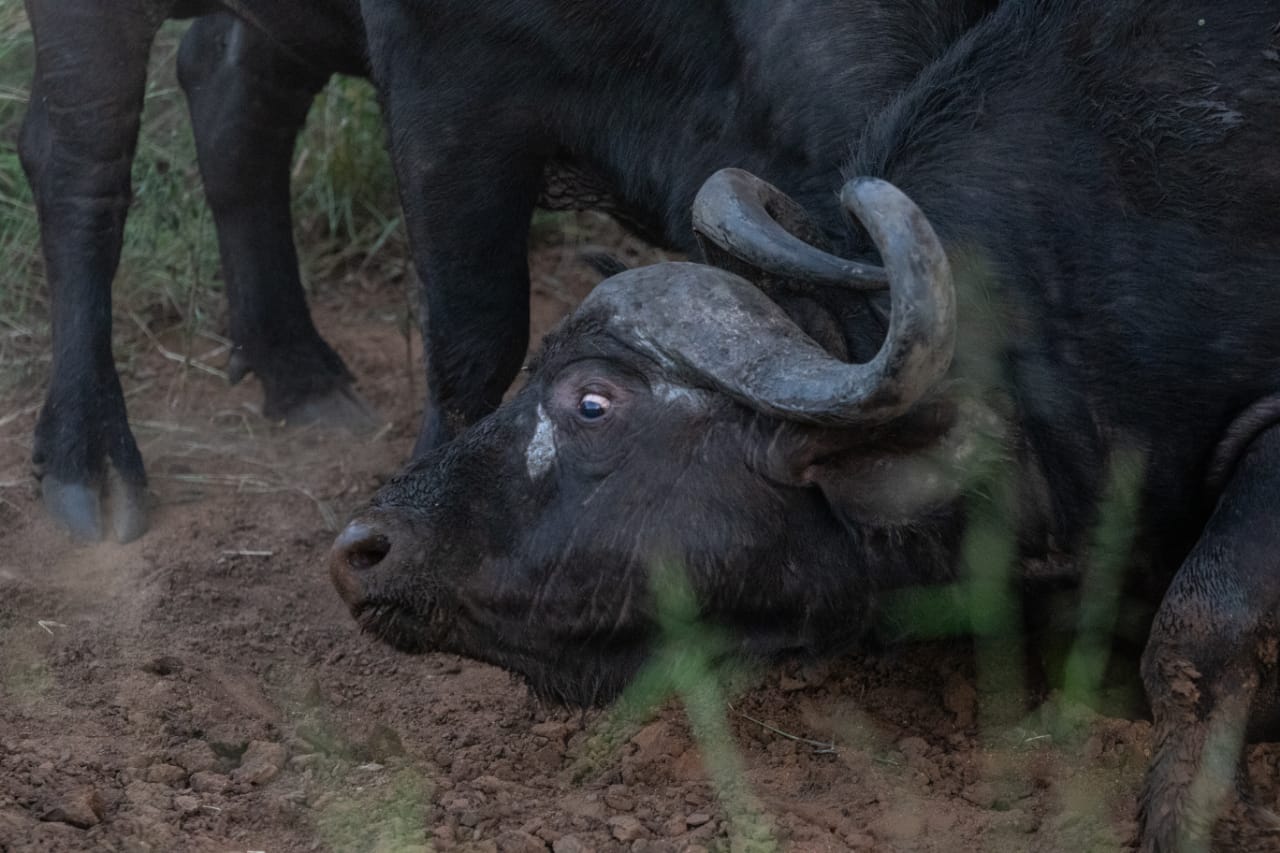 As these large males age, they lose the hair on their bodies and without this protection are more susceptible to biting insects and sun damage. The solution is wallowing in the mud at their favourite waterhole, as this both soothes and protects their skin. This behaviour has lead to these older, mud-slathered bulls being called ‘dagha boys‘. This comes from from the isiZulu and isiXhosa word, udaka (clay, mud), referring to the mud and dung mixture used in traditional building.

Meanwhile back at Jabulani, mud-packs and spa treatments are being enjoyed.

These ageing, balding and sexually-frustrated buffalo are very unhappy with the hand life has dealt them. Their antisocial behaviour is the reason that the buffalo has been called “The Black Death” by big-game hunters. They are known to attack without warning or provocation with hoof and horn. Interestingly, most of their battles are with humans (big-game hunters), lions (their main predator) and elephants (in competition for similar grazing) and possibly they can be forgiven for these transgressions? 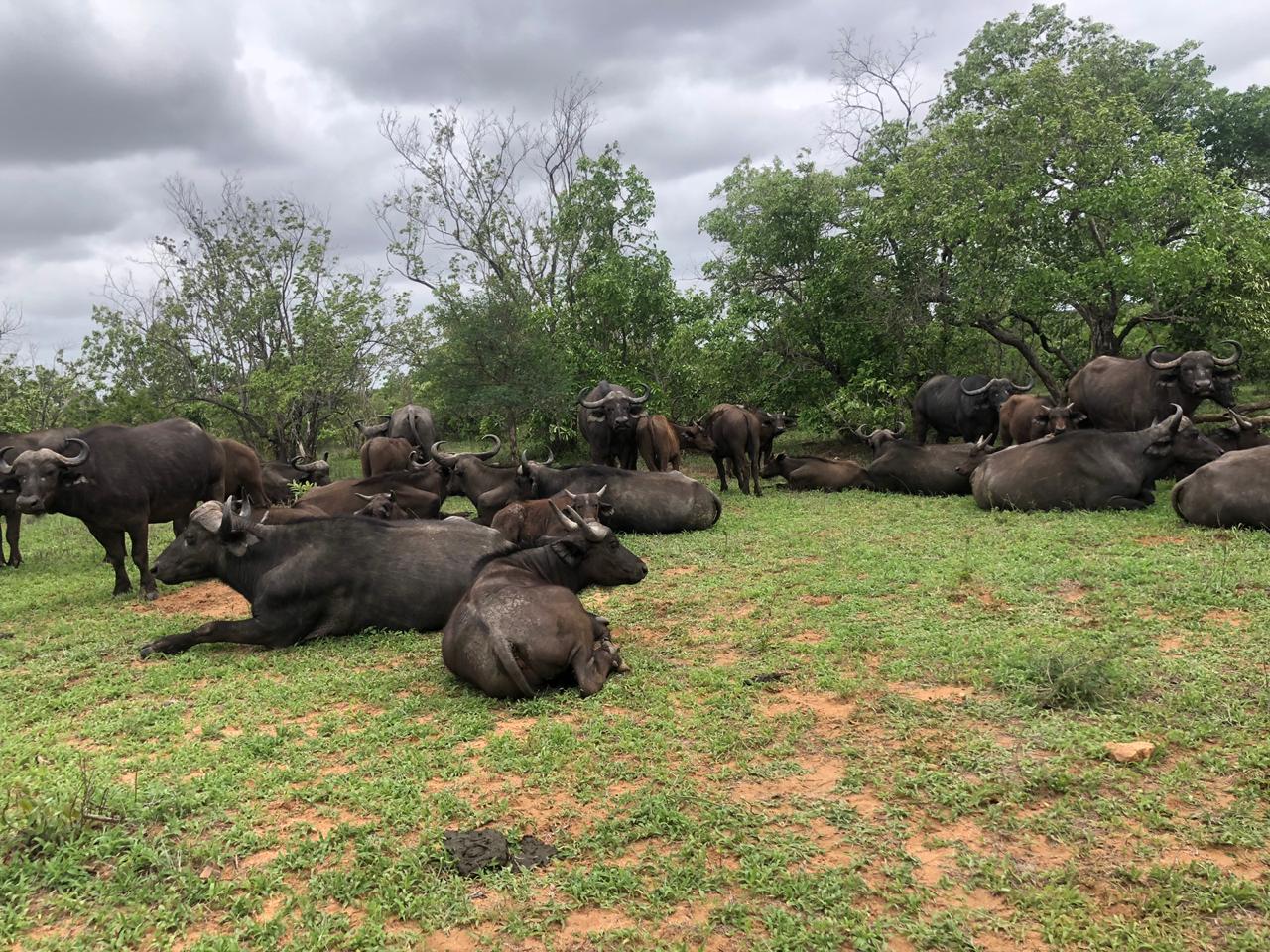 The rest of the herd is extremely gregarious.

They have a complicated social structure revolving around those that are the strongest, fittest and most likely to breed successfully. The benefit of higher rank within the herd is that it allows the more dominant members to feed at the front and centre, where the best grazing is found. Being in the centre provides more protection from predators who prey around the edges of the herd.

The buffalo is a wonderful example of the benefits of camaraderie.

Always willing to lend a hand, hoof or horn when a fellow buffalo is in danger, they themselves prosper under the care of the oxpeckers. Protection is afforded to the entire herd by the size and formidable prowess of the bulls. Buffalo help others too, as their grazing opens the vegetation in their habitat for other species that graze with the herd or follow in their wake, such as zebra and wildebeest.

So maybe, next time you’re in need of an extra hand, you’ll think of the African buffalo. 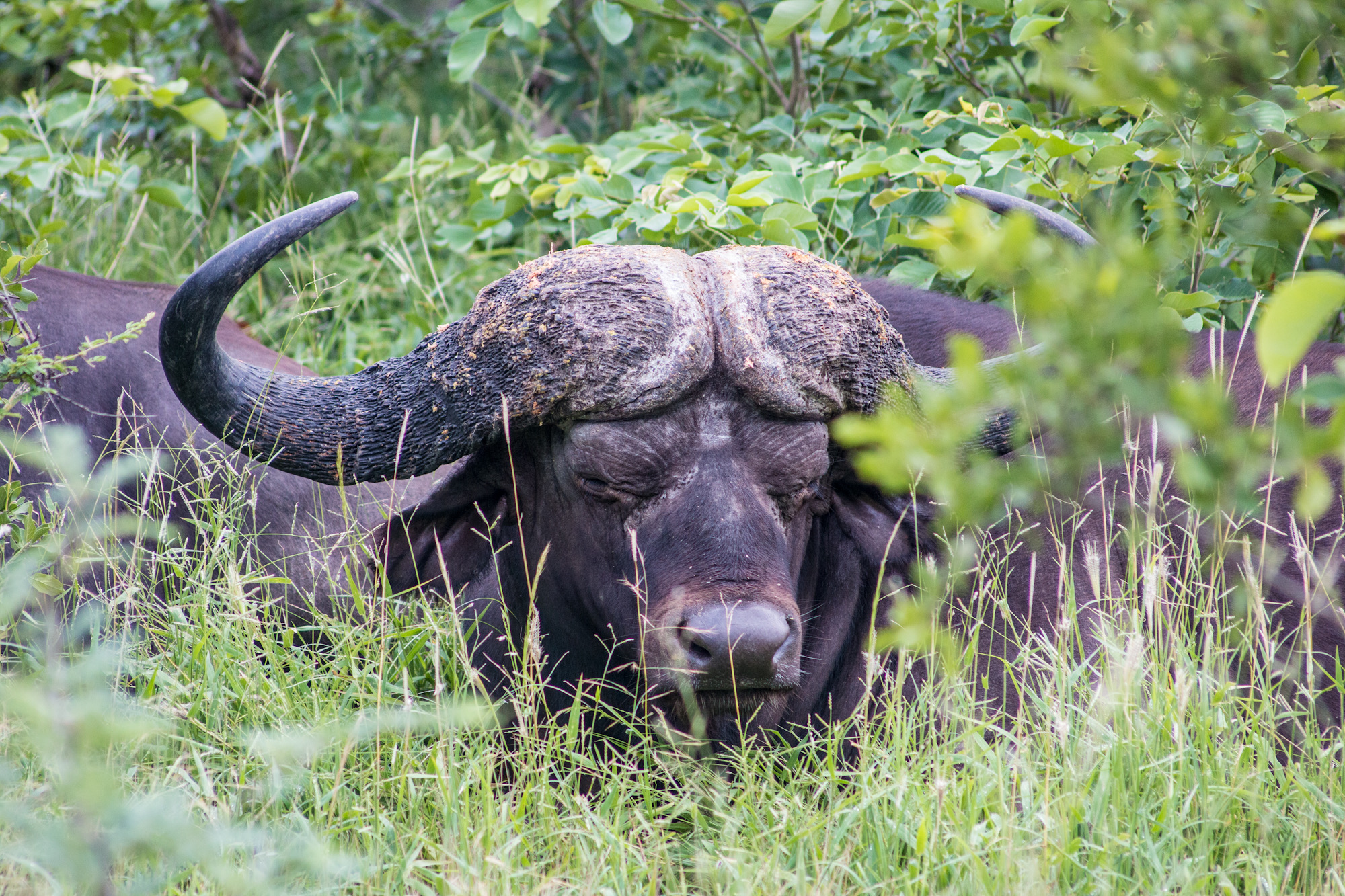 Experience the camaraderie of the buffalo for yourself on a game drive at Jabulani.