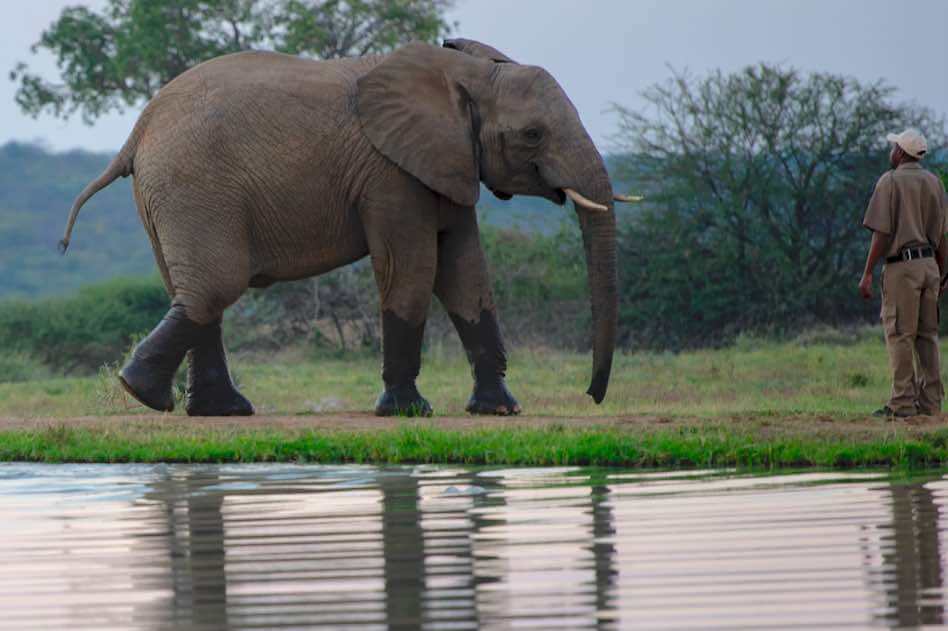 Share
Zindoga is growing into a wonderful and strong young elephant bull.
Born on October 2007, Zindoga has recently turned 11 years old. He is Bubi’s son, and he was the third elephant calf born to the herd, out of five. He was born after Limpopo and Klaserie.

Zindoga, however, was an unexpected addition to the Jabulani herd. His mother, Bubi, did not show any signs of being pregnant, nor did she show any pre labour signals. We woke up that Thursday morning and stumbled on a joyful surprise, a baby elephant being closely guarded by Bubi and the herd. It soon became very evident that Bubi had given birth overnight, with no strange noises or stirring at all from the herd, which will always remain a mystery to our team. As he has grown, he has developed thick short tusks and has a standard sized physique for an elephant, but has already grown taller than his mother, Bubi, who is considerably shorter than most of the herd.

Zindoga has quite a competitive streak in him, always wresting with Mambo or even some of the older elephants, such as Jabulani. However, this is also enhancing his skills as a young male wanting to show a bit more dominance as he grows.
Over time he has gained respect in the herd from his consistent yet respectful dominance of the younger elephants, as well as some of the adult females of the herd. This by no way means he is violent, but rather just displaying his strength within the herd.

Zindoga spends most of his time with Mambo, who was born two years after Zindoga, and is the only other young bull in the herd. They are best of friends and get along very well, though Zindoga often toes the line if Mambo gets too carried away, as he is known to do.

It has been wonderful watching him grow into the fine young bull that he is.