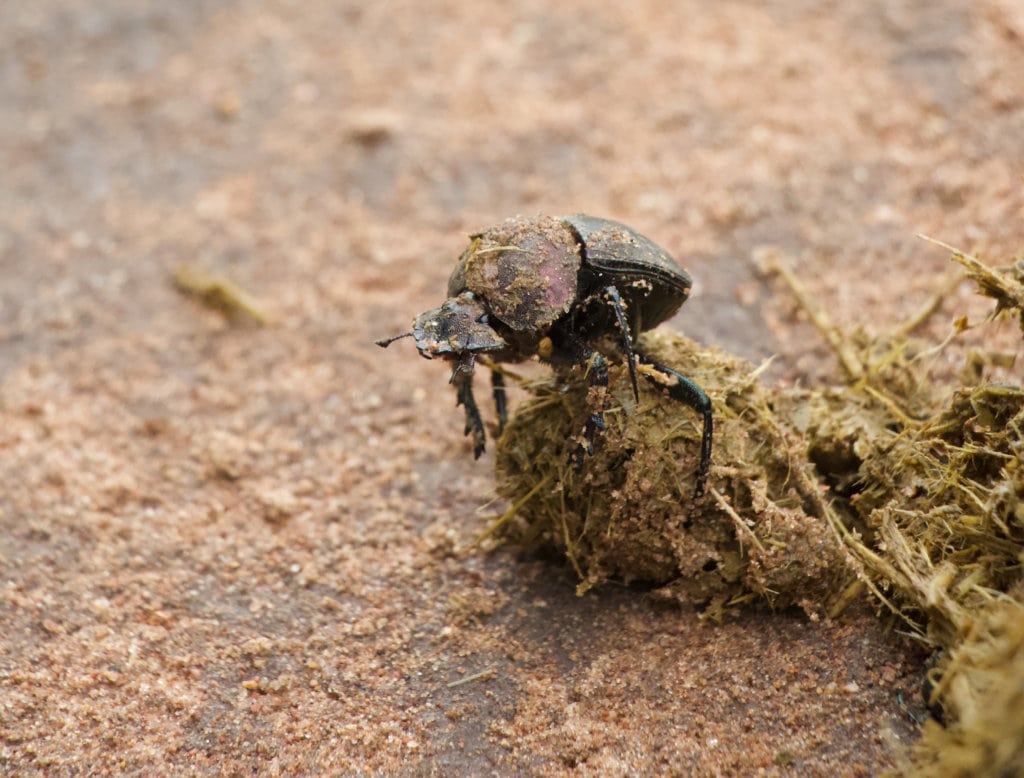 Take Another Little Piece of My Heart Now, Baby

Take Another Little Piece of My Heart Now, Baby 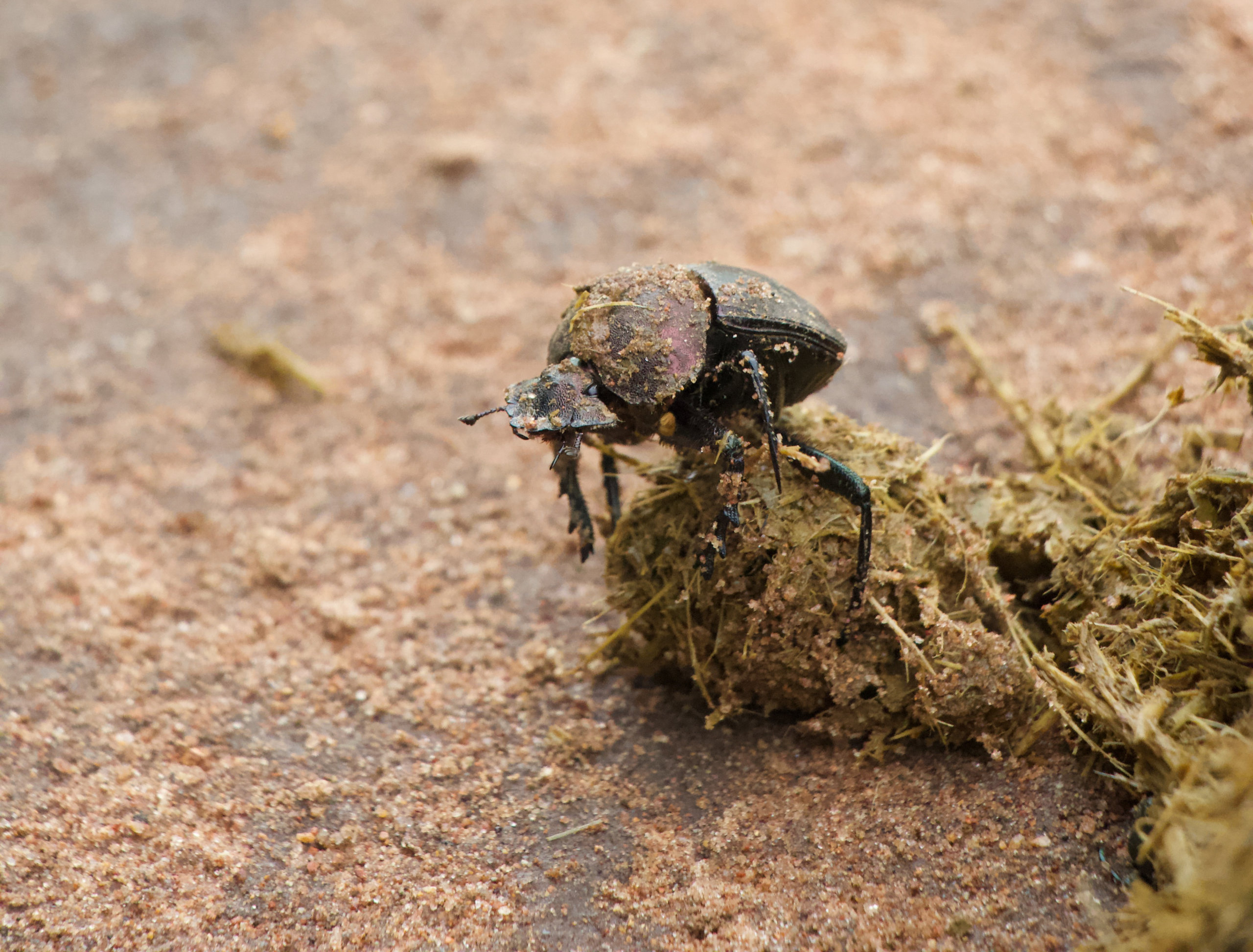 The Beauty of the Little Things

When I was in primary school, a friend brought a gift back for me from her travels in Egypt: a beautiful dazzling blue scarab. A jewel, not a live scarab. It was one of the first times the greater world outside of my country started to reveal itself to me, started to make its way to my own open palms.

I fantasised about the scarab and the artist who had made my amulet and the pyramids and pharaohs, and other stories on Encyclopedia Britannica (our Google at the time, in the form of a CD from CNA) of Ancient Egypt. I saw the scarab, or dung beetle, in numerous paintings and hieroglyphics.

I haven’t visited the pyramids yet, or the artist who made that little blue jewel, but I’ve met the insect on my own soil. 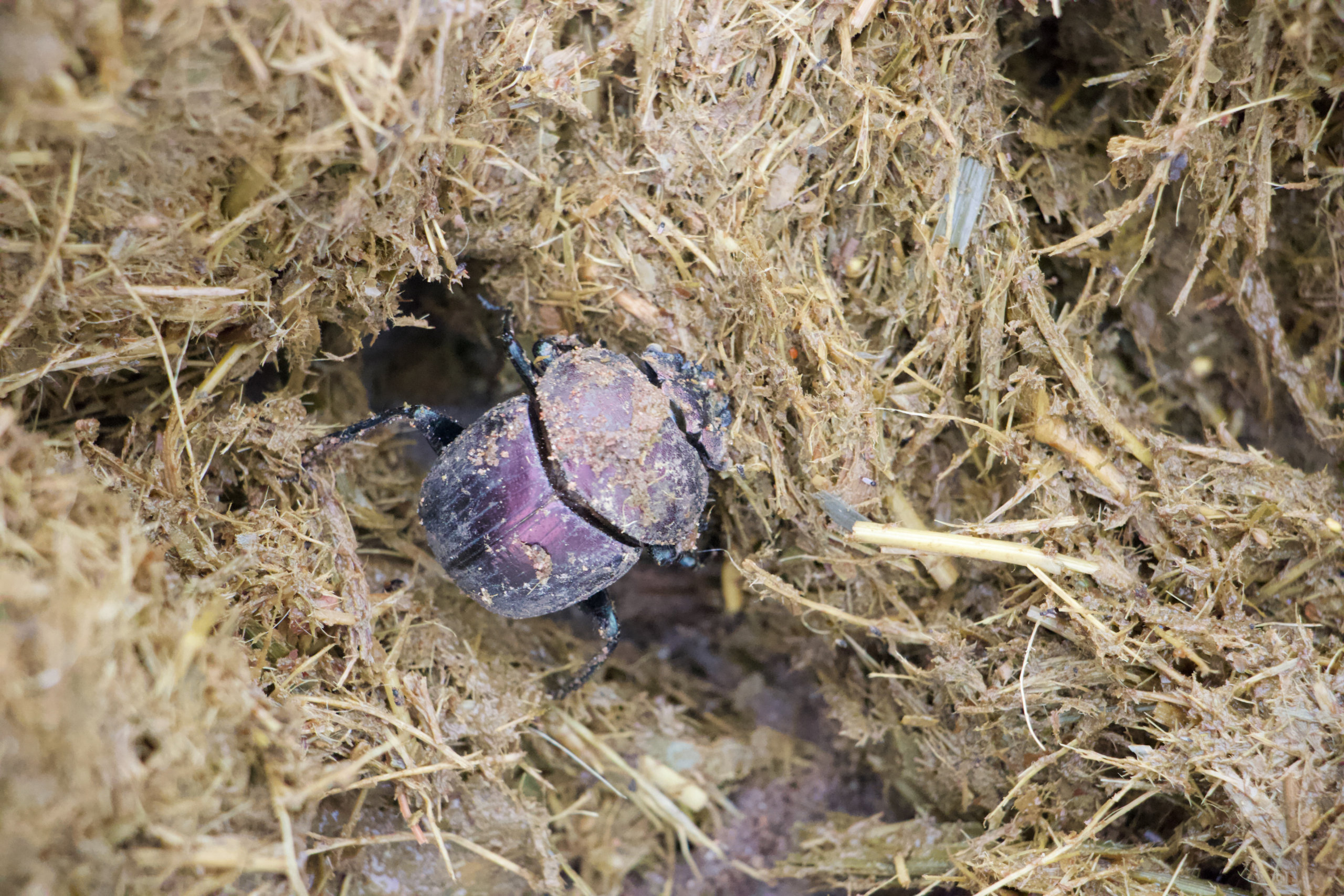 On a game drive through the wet February bush of Kapama, we witnessed the arrival of rollers (or tunnelers or dwellers) of dung beetles on a fresh pile of Jabulani herd dung. The purpley-sheen of their bodies glistened through the warm grassy excrement and I found myself kneeling down to be eye-level with them, rapt.

There are more than 5,000 different species of dung beetle in the world. 800 unique species are found in South Africa alone, all with different shapes and sizes and colours. Dung beetles (sub-family scarabaeidae) are the only known insect and first known species in the animal kingdom that uses the Milky Way to navigate and orientate themselves. There was method to their chaos.

If it weren’t for dung beetles, scat left by herbivores would harden and cover the ground, making it difficult for grass and other plants to grow. They help fertilise the ground by breaking up and burying the dung. As small as they are, they are one of the strongest animals on the planet. 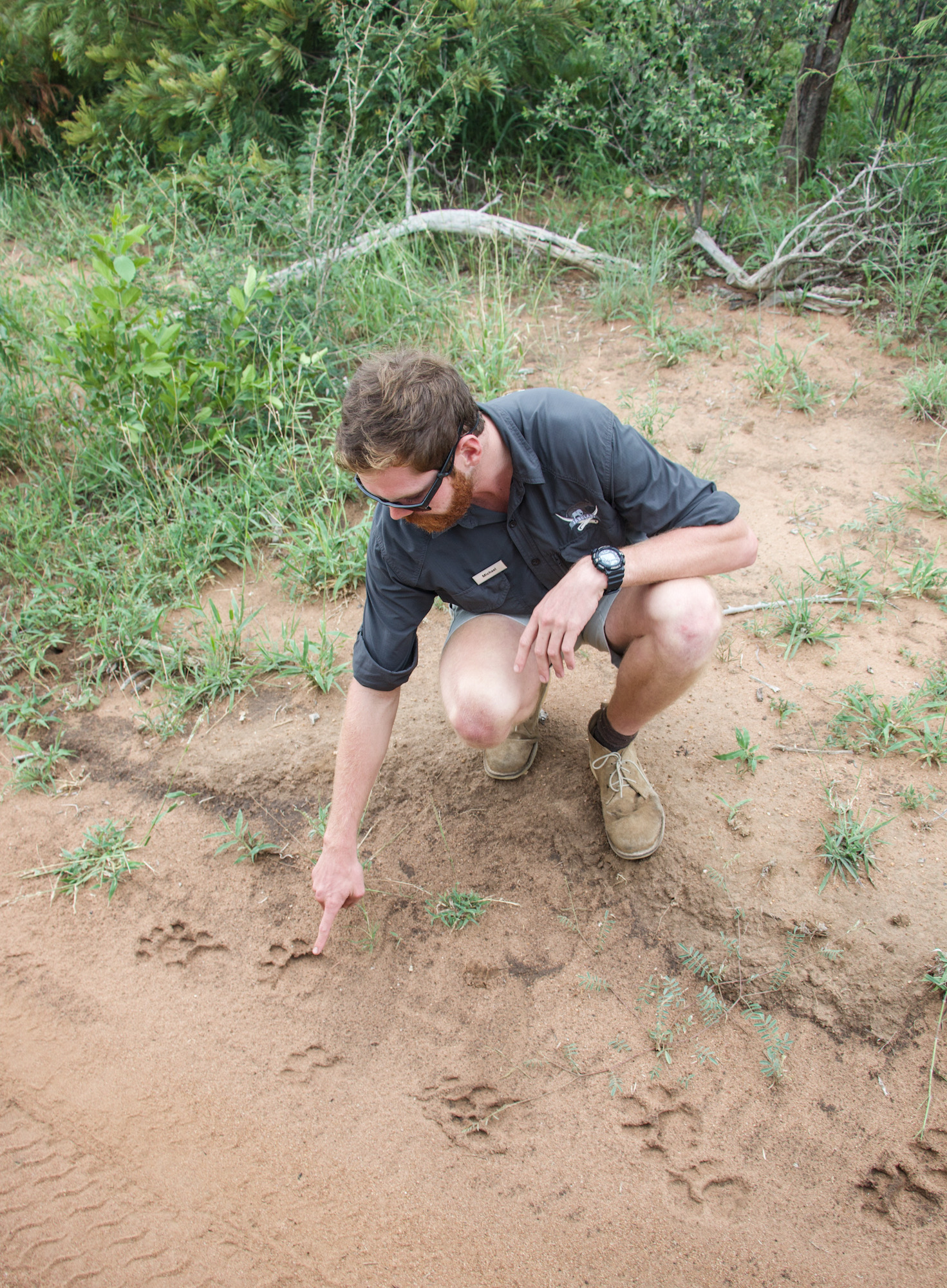 The dung of animals itself is another smaller detail that can teach us so much about nature. Just like the spoors of a lion or footprints of an elephant, it helps us to track animals in the wild and to detect the health and wellbeing of the animal that left it behind. Jabulani Ranger, Michael revealed much more to us about the antics of our little scarabs on that one drive, enough to fill a few more blogs with. 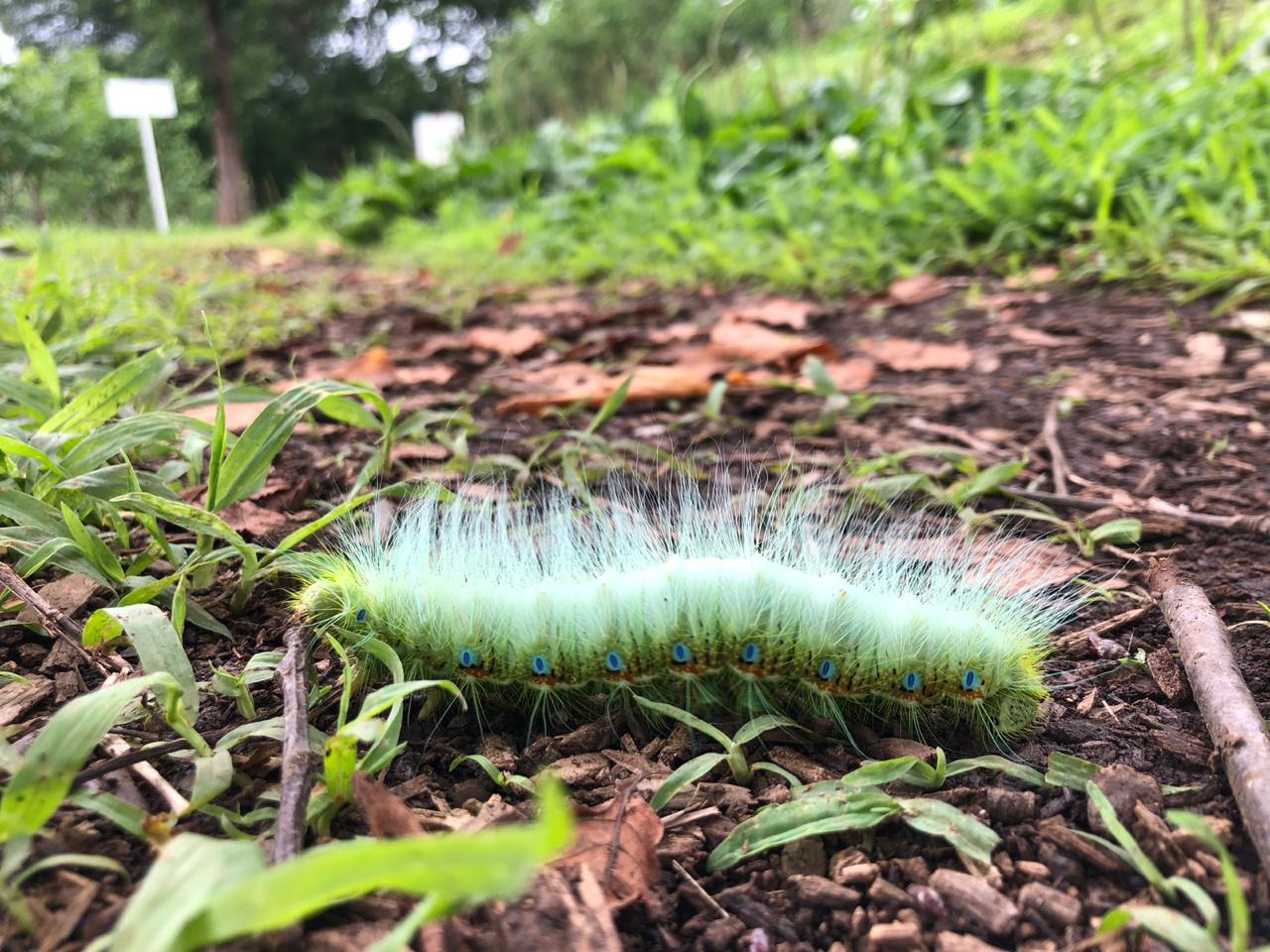 But let’s ponder the other smaller creatures of the wild

And their role in the cycle of life. Because the small things have a way of opening up the greater world to us in unexpected ways. It’s a bit like French writer, Anais Nin wrote: “Life shrinks or expands in proportion to one’s courage.”

Life waxes and wanes in proportion to our attention. The more we look, the more we see, the bigger life appears. The more details we pick up on, the more wonder and truth is revealed to us. The trick is to quieten and slow down, to tap into the hidden and less detectable elements of the bush – and to take a knowledgeable ranger along with you. 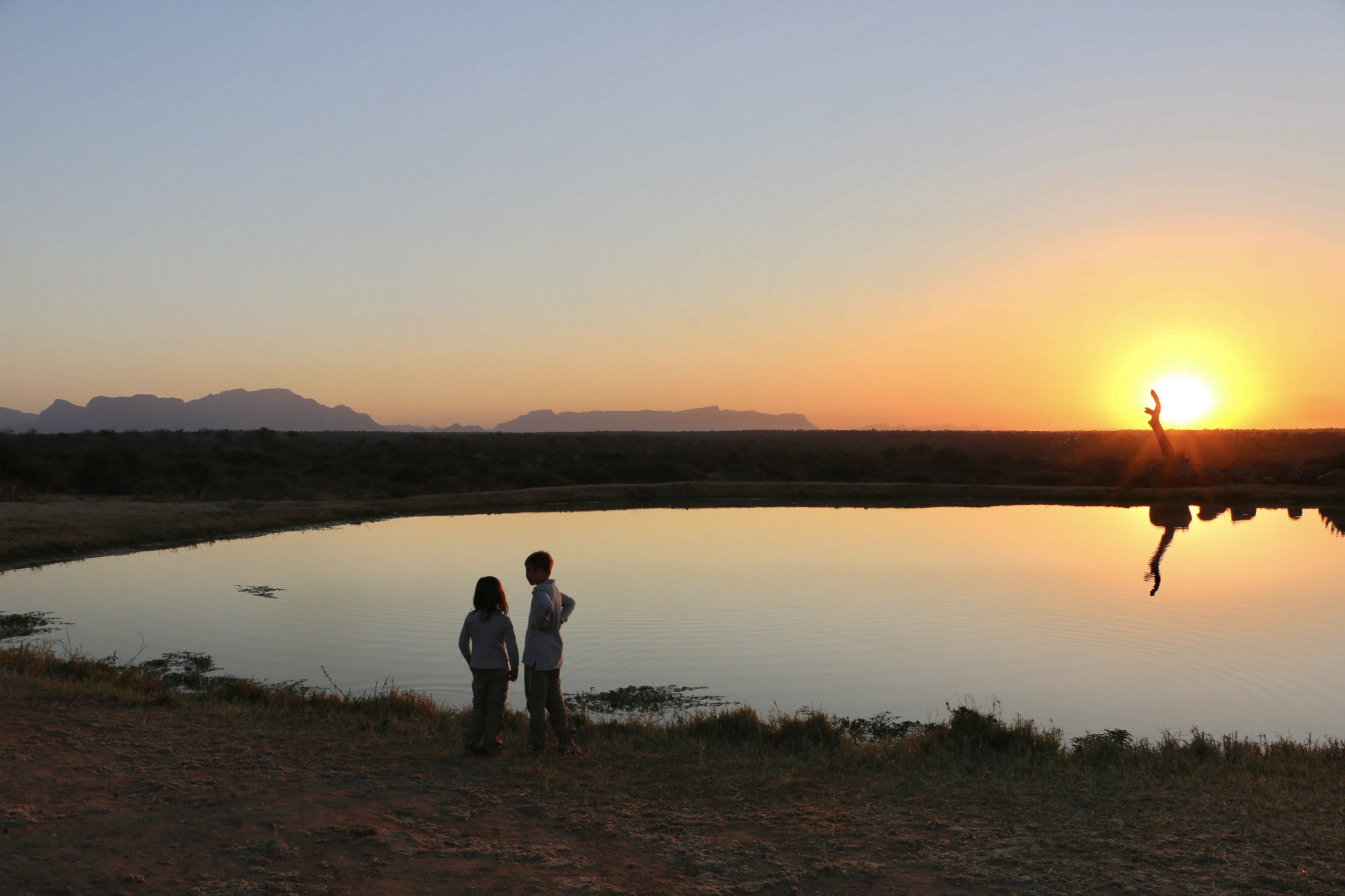 It’s often the little ones travelling with their families that notice the small things, that ask the peculiar questions, and point out the minutiae that our adult eyes miss.

In the silence and slowing down of safari life, you’ll spot the tiny terrapins in the dam – often confused for the top of a crocodile head poking out of the water. But look more closely…  A fresh water tortoise, the terrapin is, like its cousins, the turtle and terrestrial tortoise, one of the oldest living creatures on Earth. It can be traced back 180 million years to when dinosaurs roamed the earth.

Any animal that is so small and yet managed to outlive the dinosaur needs our attention. 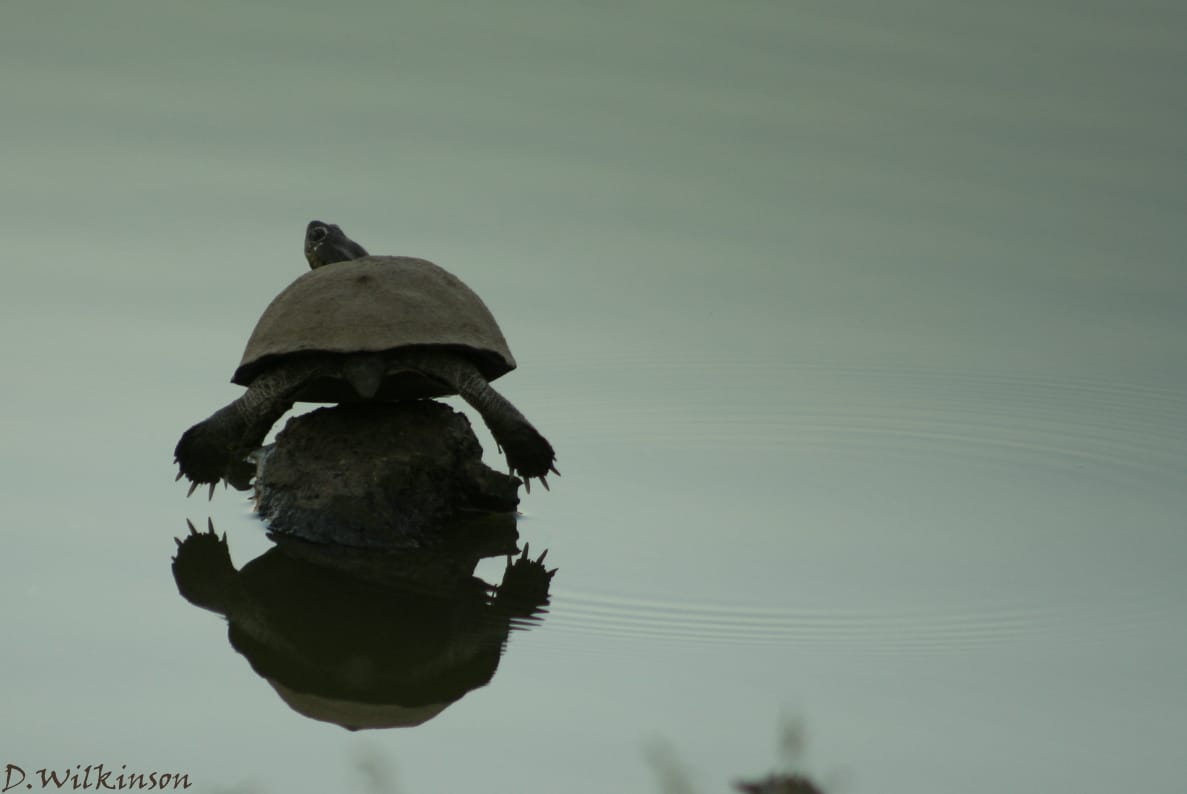 In our part of Africa, we find the serrated hinged terrapin. It feeds on a variety of creatures, such as snails, molluscs, insects, frogs, and fish, but like the dung beetle, it plays an important role in the life cycle, by consuming the flesh of deceased animals, as well as ticks and parasites off of wallowing water buffalo, from time to time.

Keep your hands away from it, though… Its claws are incredibly sharp and although it doesn’t have teeth, it can easily take a finger off with its powerful jaw. 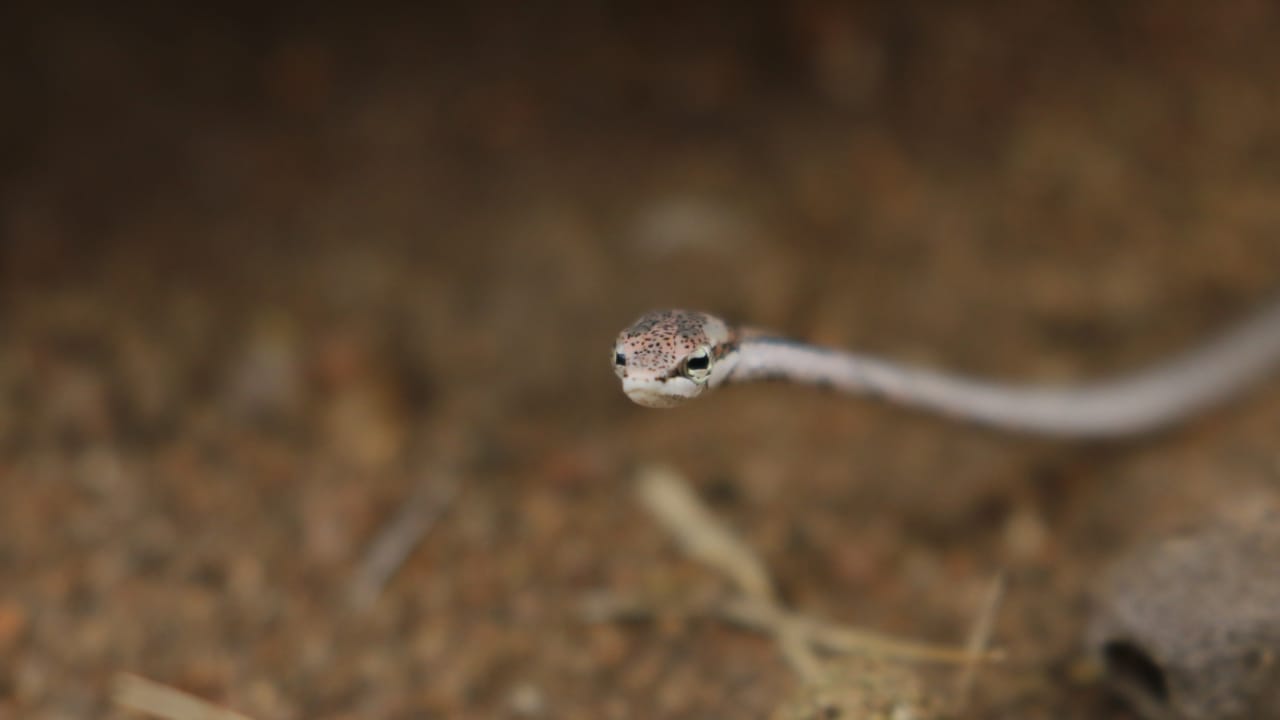 In the slower, more mindful approach to safari life

There are still more secret sights that show themselves to us, like the raptors – the tawny eagle, wahlberg’s eagle, steppe buzzard and black shouldered kite, and smaller still… the spider-hunting wasp, skinks, monitor lizards, “shongololo” and nest-building bark spiders.

There are the flowers that pop up across our reserve in different seasons. Like the Bushman’s Poison Bulb, with its beautiful clusters of reddish-pink flowers, which appear for about a week, just before the first rains of Spring. You might not give it a second thought when the plant is not in flower, with its long spiralling leaves, but it is an important part of cultural life for the Pedi people, who use it as a poison and a communication tool to the spiritual world. 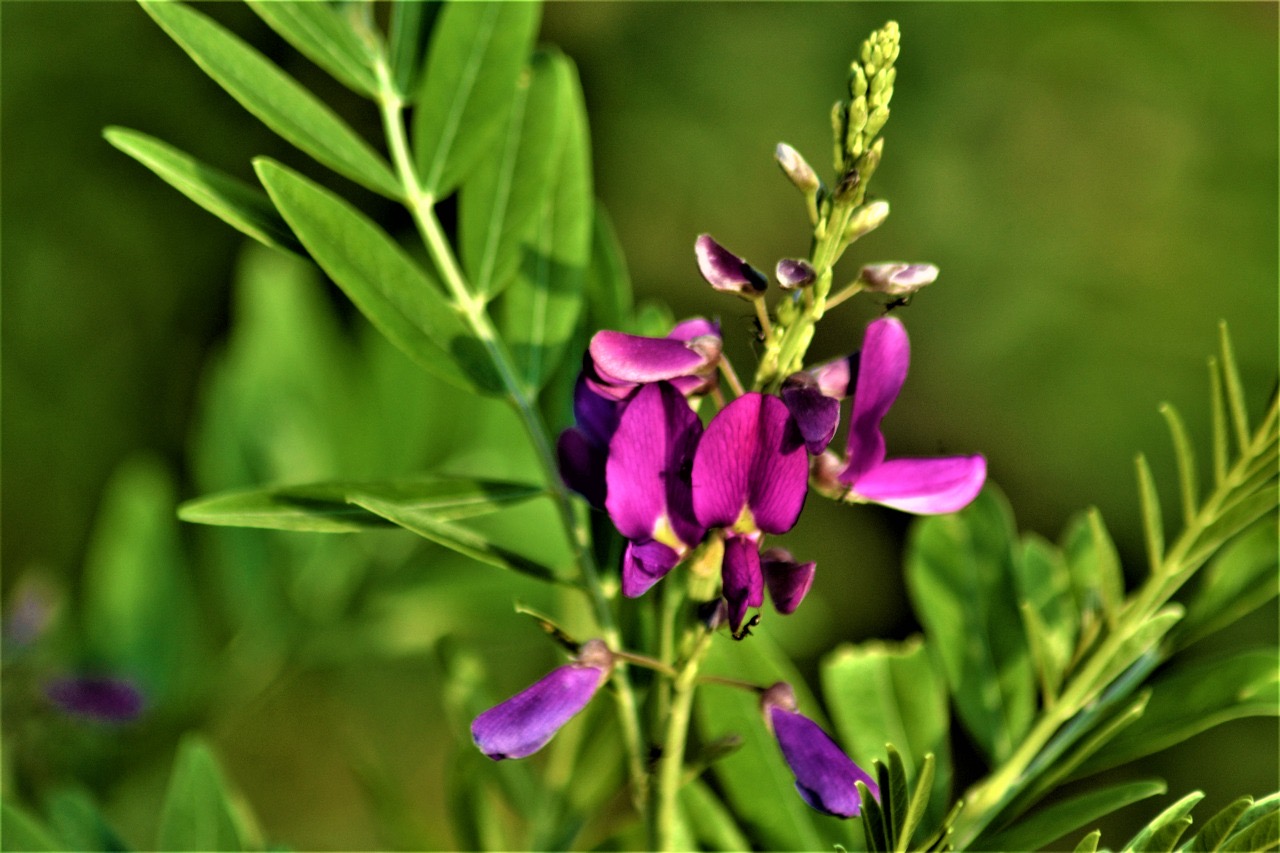 There’s the corkbush plant, which the sunbirds know well. Its leaves have fine silver hairs, giving them a distinctive sheen, but the blossoms turn the bush a vibrant purple. While the bark (and seed) is used as a fish poison, it’s also used to treat people who have been poisoned – by bringing on vomiting. In traditional rituals, the roots are powdered and given to couples experiencing repeated miscarriages. 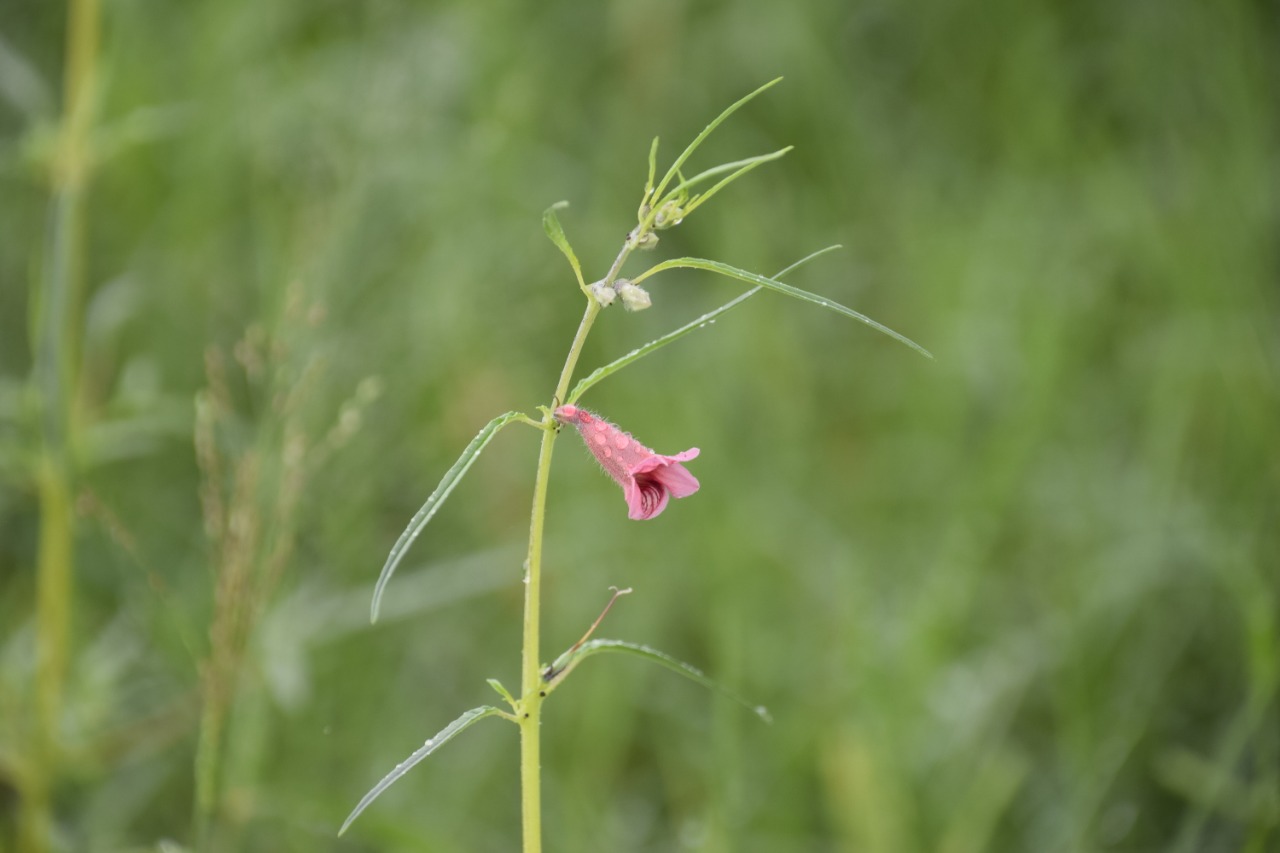 There are the wildflowers that appear beneath your feet on bush walks, like the Dwarf Bush-cherry and Mexican Prickly Poppy. There are the String of Stars (or Common Heliotrope/Heliotropium nelsonii), which like to live in the light, turning towards the sun throughout the day.

More than simply their beauty and funny names, wildflowers are essential to supporting and anchoring loose, fertile top soils to help prevent erosion and promote the growth of other plants.

There are endless details to nature and with each drive and walk through it, we grow more and more appreciative of life. There is always more to see, more to learn, more to fall in love with. 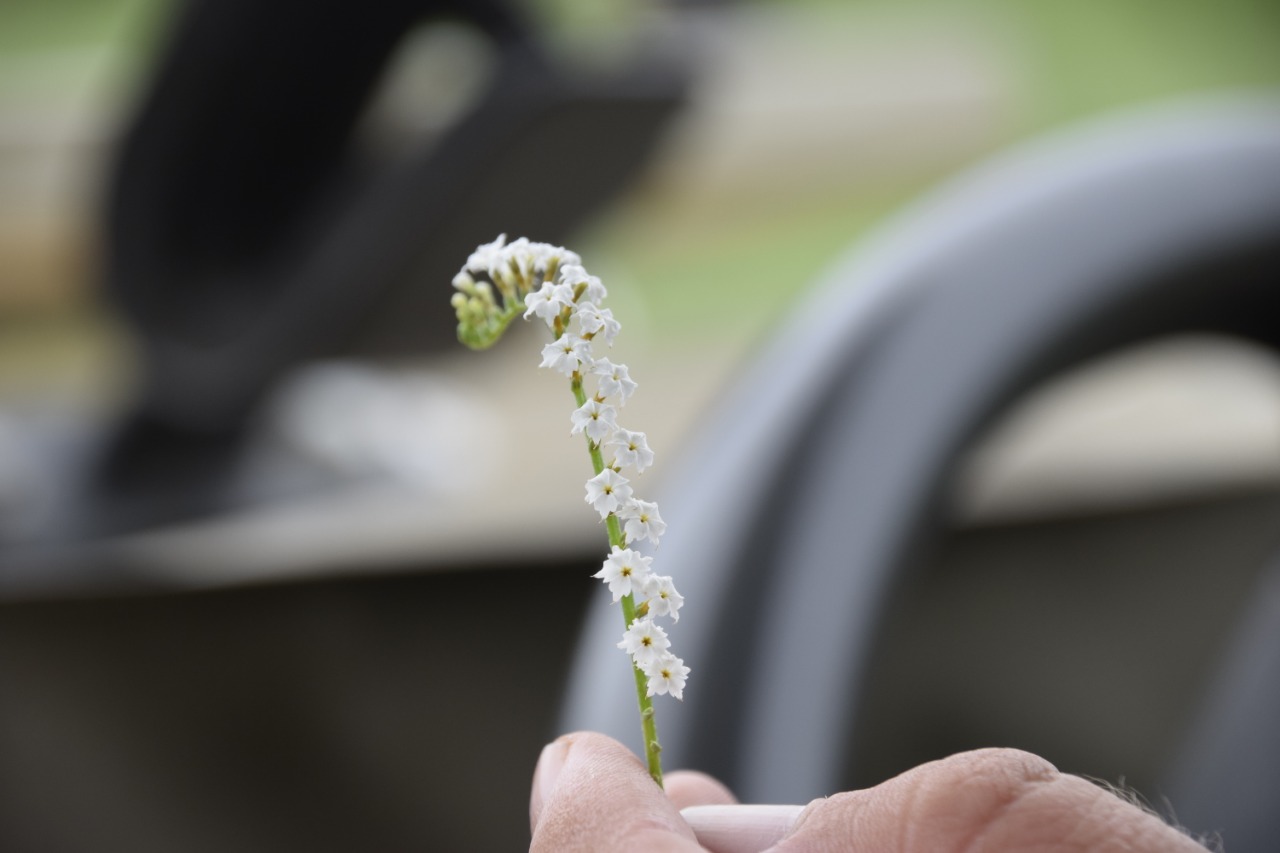