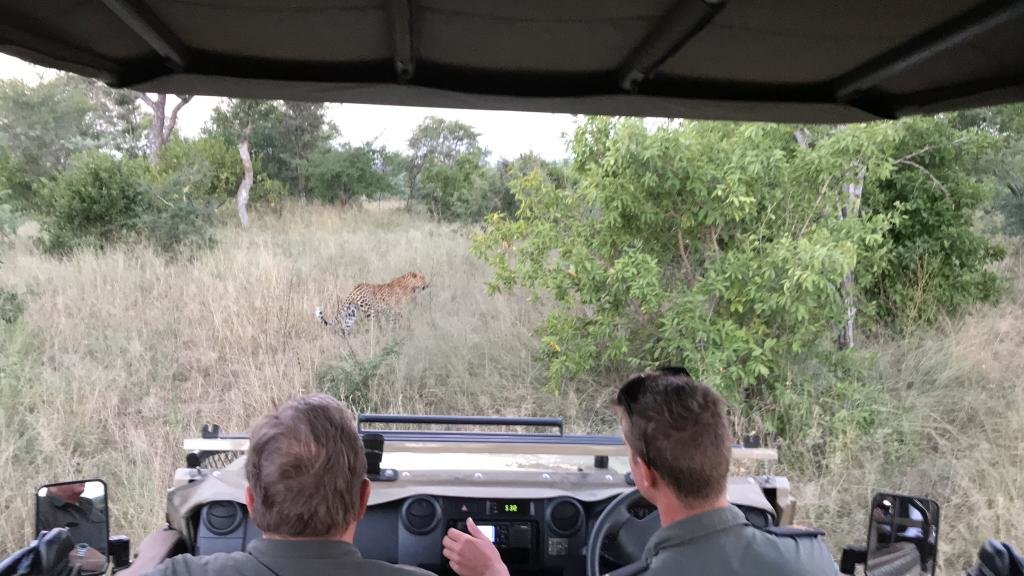 6 Misconceptions of the African Bush-Ranger Reflections by Jason Botes

6 Misconceptions of the African Bush-Ranger Reflections by Jason Botes

“As rangers at Jabulani, we fortunate to meet people from all around the world, and it always endearing to learn of some of their misconceptions of the African Bush. Naturally, we share our knowledge and take the opportunity to explain why particular animals may behave in a particular way.

Here are six of the most frequent misconceptions that I have come across over the years.” ~ Jason Botes, Jabulani Ranger. 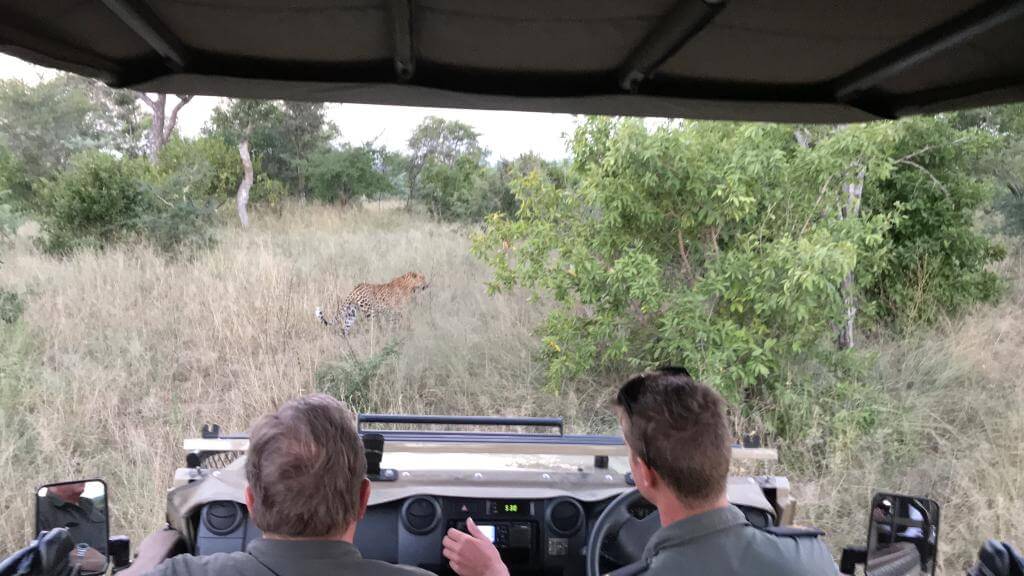 Possibly one of the most popular beliefs about the African bush is that all elephants will head to a designated area to die, hence creating an ‘elephant graveyard.’

However, this is merely due to elephants choosing to spend their final days in an environment that offers the softest vegetation. The reason they do that is their teeth. Elephants will produce six sets of molars during their average lifespan of sixty years. Once their final set sheds, they will die of starvation.

So elephants choose to protect their teeth as they age, especially during their final months and days and prefer to forage on the softest vegetation possible, just like previous elephants that would have passed away.

It is then purely coincidental when a variety of elephant bones are discovered in a specific area. 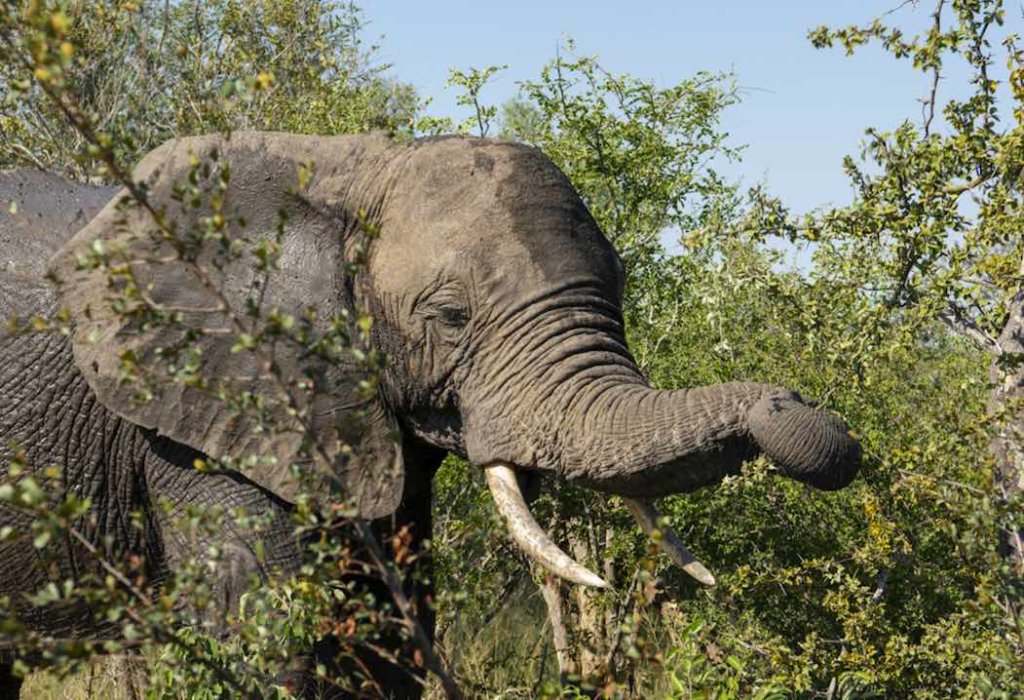 2.  You shouldn’t wear colourful clothing on a safari

One of the biggest misconceptions of first time Safari goers is that you cannot wear colourful clothing on safari.

Guests can wear any colour of their choice while on a game drive in a safari vehicle, as the animals will identify the safari vehicle as a whole unit, and not focus on an individuals choice of clothing colours.

However, on walking safaris, which we offer at Jabulani, we recommend guests wear more neutral or darker shades, as whiter and brighter, as well as very dark colours such as black, may attract attention from wild animals when walking through the wild. Hence the reason that rangers wear a natural-looking khaki colour. 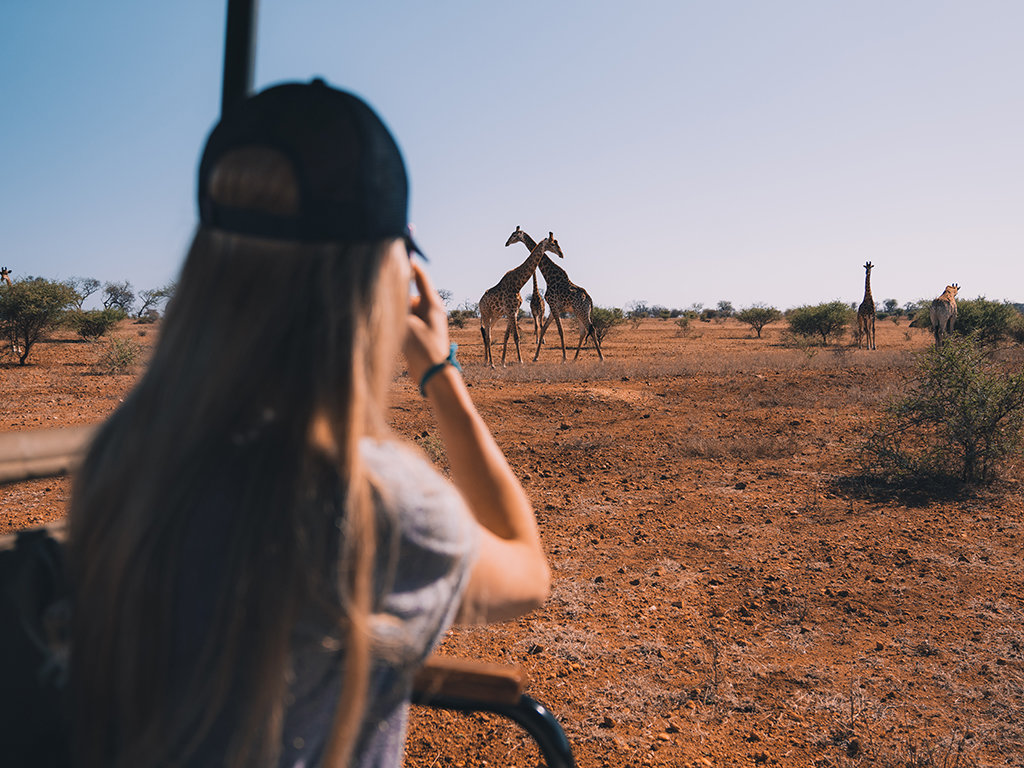 3. Leopards are found predominantly in trees

First-time guests usually expect to only find leopards perched in trees; however, leopards are found most commonly on the ground.

They do occasionally hoist a kill high out of the reaches of other predators or take a relaxing nap in a tree, however, 80% of their time is spent paws on the ground. 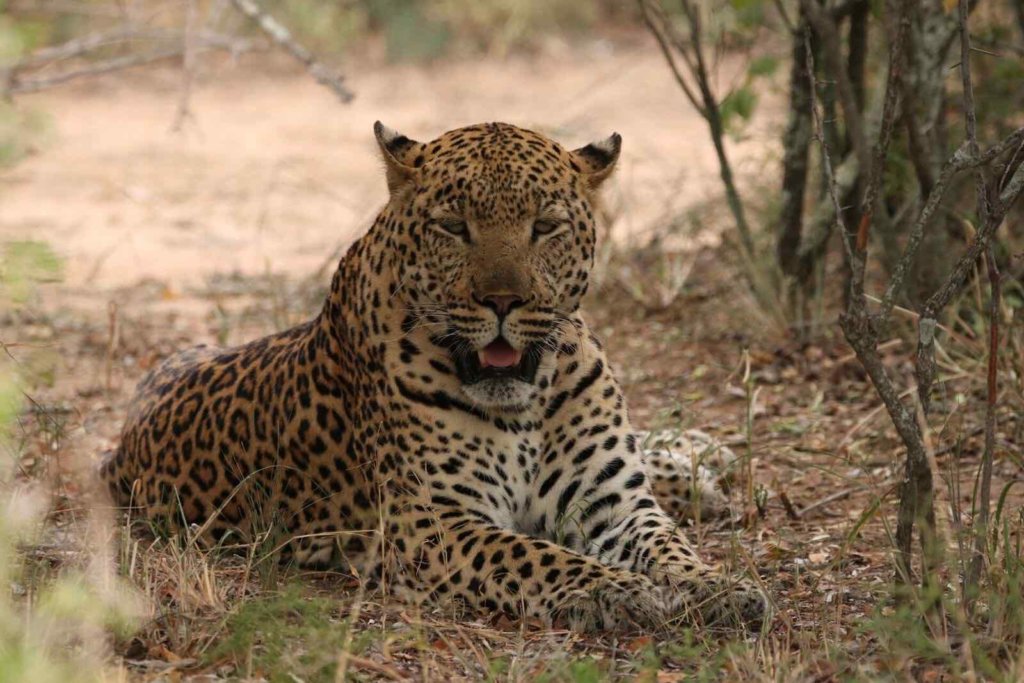 4. Male lions do not hunt

While male lions prefer to leave the females of their pride to pursue potential prey, they are more than capable of hunting prey successfully too.

The reason behind what may seem peculiar behaviour is due to the females being lighter, faster, and better camouflaged than their male counterparts — hence the lioness’s agility results in a higher success rate in catching prey. 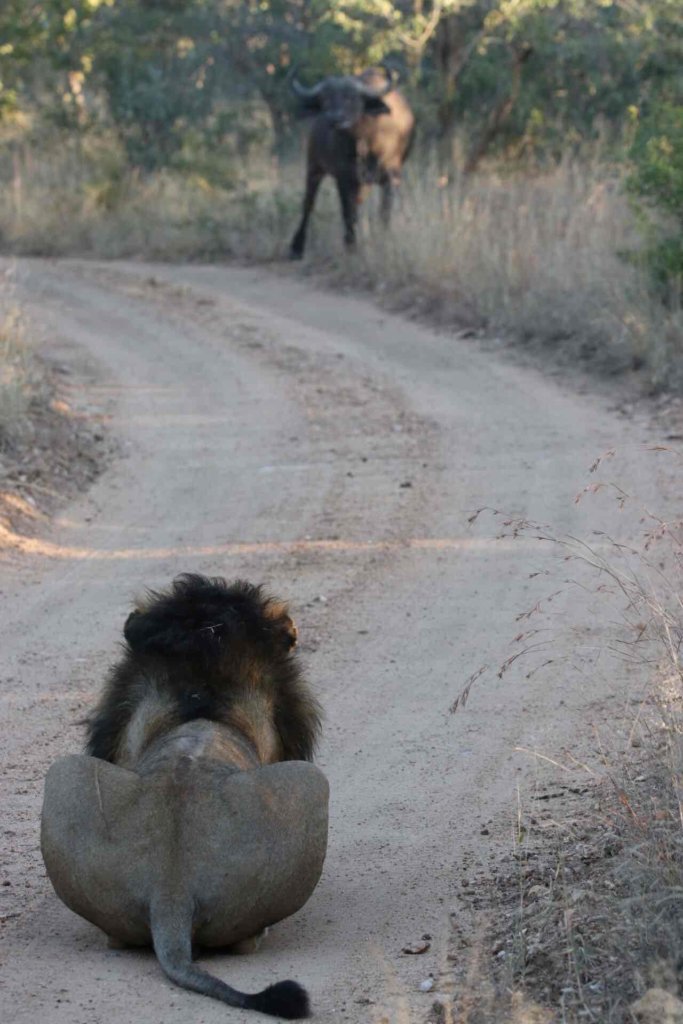 5. Hyenas only scavenge to eat.

Due to hyenas tending to steal kills away from other predators such as lions and leopards, they carry the reputation as scavengers.

The truth is that hyenas are great apex hunters, and scavenge for approximately 35% of food that they consume. The rest of the time, they hunt their prey.

Being highly intelligent animals, they have identified that scavenging conserves their energy, as less time is then spent on exerting themselves on the chase of a hunt. 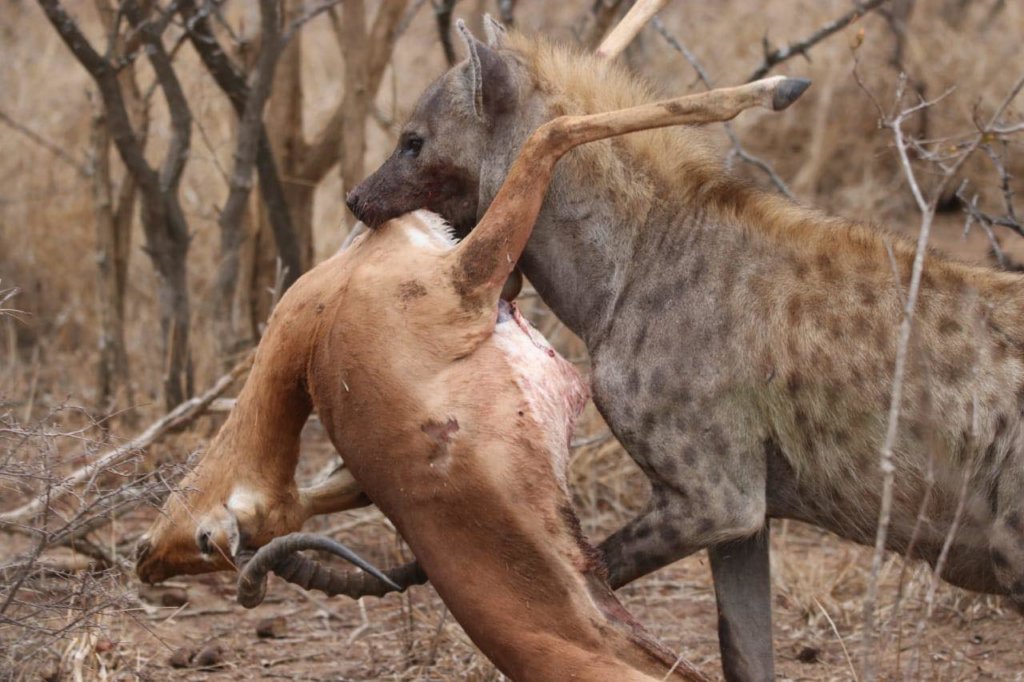 Lions are indeed capable of sleeping up to 18 hours a day and are often seen lazing during their days, especially when the days are particularly hot.

This seemingly lazy lifestyle is necessary because it helps them avoid heat exhaustion, and they are unable to sweat as us humans would. Therefore they choose to sleep during the hot hours of the day and become more active in late evenings and early mornings when it is cooler. Hence allowing their bodies to stay cooler if they have multiple attempts at hunting. 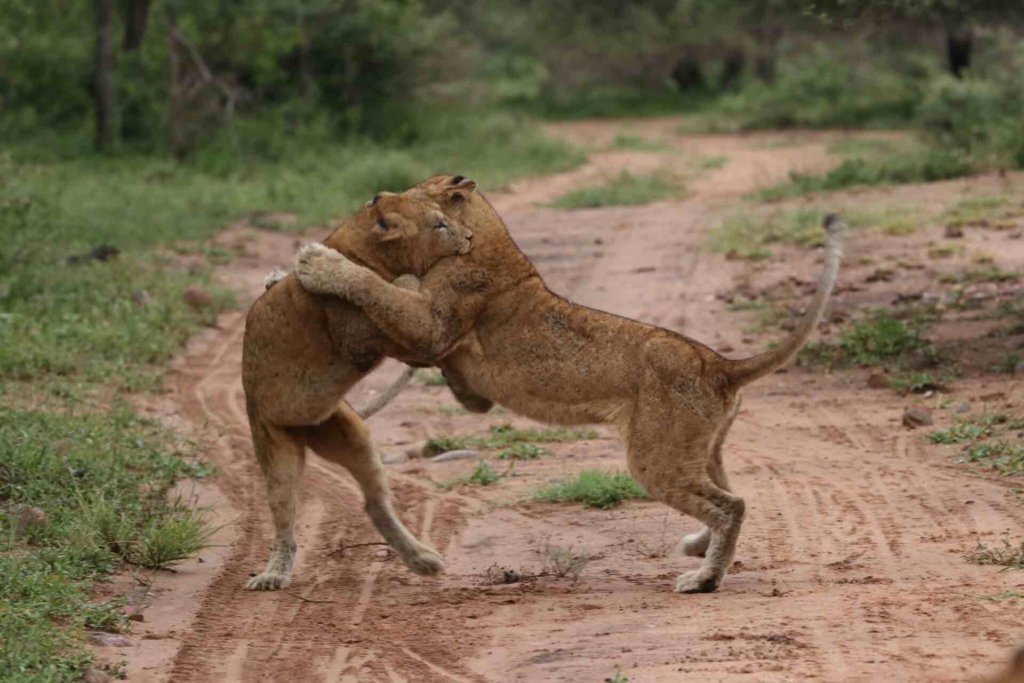