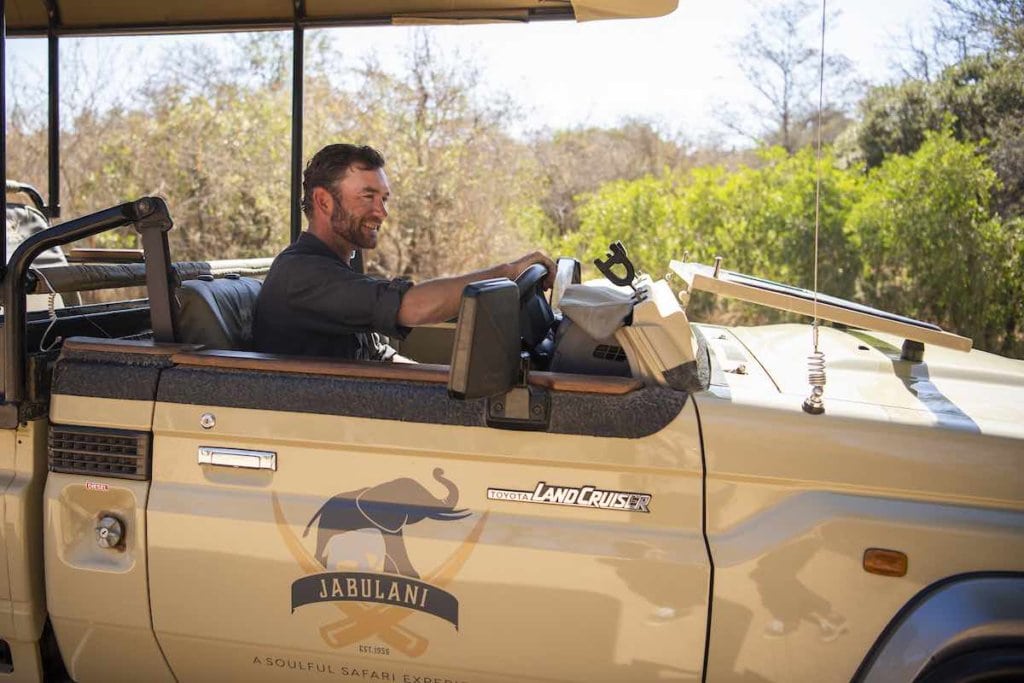 Ranger Reflections with Dean: Did you Know?

Ranger Reflections with Dean: Did you Know?

We stand on the verge of 2019 and I once again look back on a very successful month of sightings at Jabulani.  As always, I would have loved to write about them all, but I thought I would write an educational blog. Interesting things people might not know about some of the many awesome animals I get to see so often…

1. Elephants are often referred to as “sleepwalkers”

The reason for this is that they have a bio hemispherical brain, which means that very rarely will a fully-grown elephant lay down to sleep. They can shut down the one side of their brain and actually take rest breaks while they’re moving around feasting off several trees. Calves will take a quick nap every now and then during the day, seeing that they do not yet have such a massive body mass to sustain, as opposed to adults who have to keep moving and eating at least 200kg a day.

2. Did you know that when we yawn, it’s not because we are tired!

During a yawn, there is communication between the brain and body for blood to circulate, for you to stay alert. The same applies to lions. I enjoy forwarning guests at lion sightings that “I think they might get up soon” when the yawning starts. Yawning allows the lion to stay awake and alert before they have to get up to move, either for shade or food or to drink, or whatever the reason might be. Also obviously showing off their massive teeth, keeping you reminded who the boss really is.

Hippos are also animals that will often practice “yawning” while in water. They usually do this when something is near the Hippo’s watering hole, or something is too noisy to their liking. This often happens when I stop at a watering hole where there is a hippo residing, they will no doubt give a massive yawn. This action is to show off his massive teeth. They are not carnivorous by nature, but can bite should they need to defend themselves or their territory.

Bushbabies are nocturnal little creatures, whom you will rarely be lucky enough to catch with a lens. Reason for this being is their habit for jumping from tree to tree. They are shy little primates, famous for their beautiful, big, bold red eyes. In one evening they can cover many kilometres. An interesting fact is that few people know is that they urinate on their hands before starting their evening adventures. Some say this action could be for better grip, but the actual reason is for communication – to mark their territory and essential communication between potential mating partners. Bushbabies are too adorable for words; you’d want to hold them 24/7 if it were possible – however, ask them to wash their hands first!

4. Oxpeckers Symbiotic relationships with other animals

Oxpeckers are an intriguing species of birds that tend to perch on animals, such as zebras, giraffe, rhinos and various other animals, and “catch a lift” on their bodies. But what they are actually doing is eating all the ticks and parasites off of the animals. Of course, the “taxis” don’t mind because they’re getting a free cleansing session. This is what we call a mutual or symbiotic relationship, due to both parties benefiting.

These relationships can sometimes also go in a negative direction. For instance, when a giraffe, for example, has a wound, the Oxpeckers will keep pecking at it due to the parasites coming from it. We call this parasitism. But for the most part, the Oxpeckers usually mean well and clean the animals.

Thanks for taking the time to read some of my bush-insights!