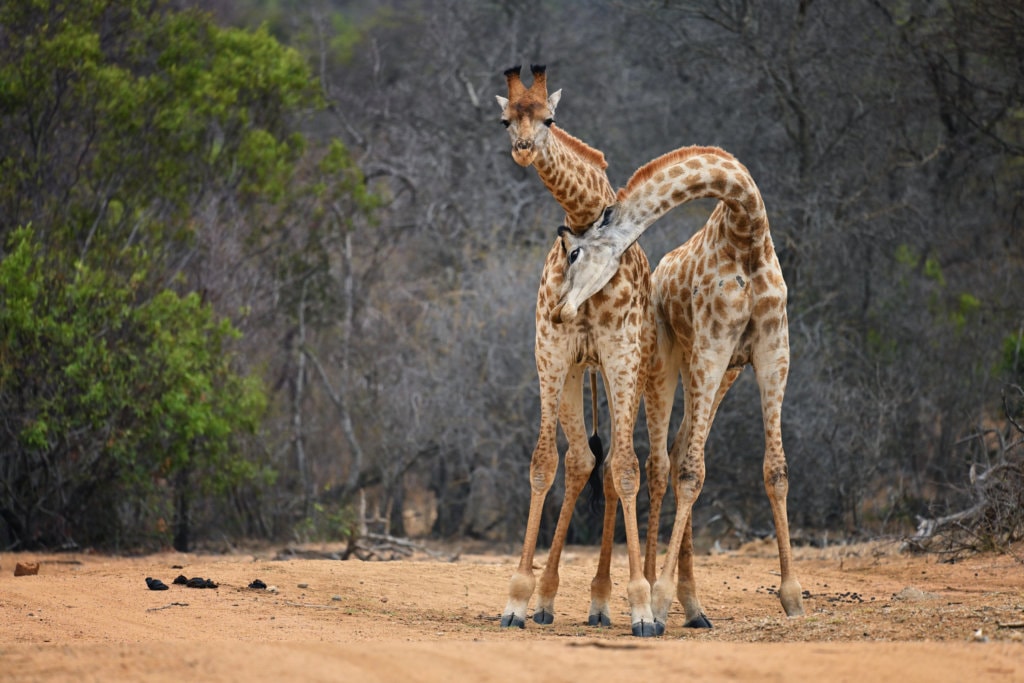 When I was just a small cub, one of the images I still clearly recall is of a Giraffe standing beneath an Acacia tree silhouetted by the sunrise. Could that have been the moment I decided to spend my life in the bush? That I will never know because my memory is akin to a goldfish.

It is one of the most iconic species that occur in Africa. It’s easy to see why, as it’s not just that they are the tallest mammal on the planet, but personally, I think they are one of the most graceful too (when walking that is).

Giraffes have a very unique walk known as a lateral gait, which means that for a short period of time both legs on the same side of the body are in the air at the same time. It creates a wonderfully elegant movement for such a large animal.

There are nine known sub-species of giraffes occurring in Africa. The main difference between each is predominantly the patterns on their coats and the size of the animals. On a visit to Jabulani there is always a good chance of seeing a Southern African giraffe. Especially when exploring areas with a vast amount of Acacia trees. The Acacia species is by far the most browsed upon tree by these magnificent animals.

It’s not uncommon to find a journey (the collective noun for giraffes) of over ten individuals in the same area and what a sight it is to behold. They are very adapted to feed on Acacias with extremely long and dextrous tongues allowing them to pick the smallest of leaves between the thorns.

Giraffe numbers have dropped by as much as 30% in the last decade mostly due to habitat loss. It is our duty as a species to protect the areas these extraordinary creatures call home. By visiting Jabulani you shall contribute to an area where not only Giraffe but many other species are protected.

Happy World Giraffe Day! Walk tall not just today but into the future.