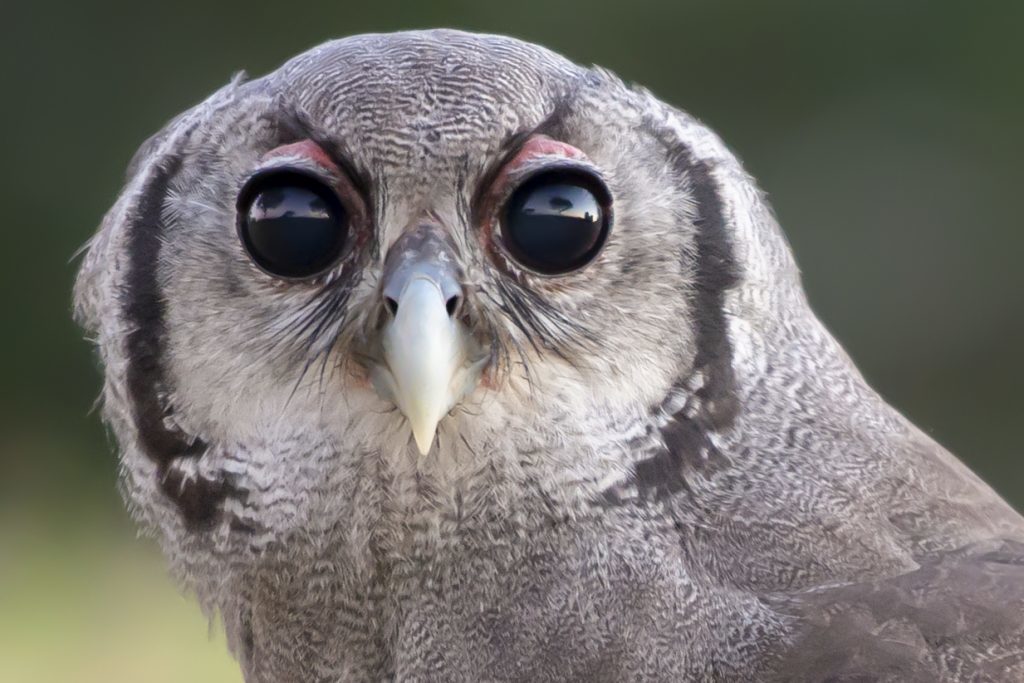 On 12th October 2017, Jabulani Rangers, Ruan Roos and Dean Wilkinson, were taking an afternoon bush walk, to investigate a leopard kill from the previous day, that had happened quite close to the lodge.

They followed one of the paths that the Jabulani Herd normally take into the bush, where came a cross a “ball of fluff” lying in the blazing sun, on the side of the pathway.

Their original thought, was that it may be a dead vulture chick, as it was completely still. As they turned the little fluffy body, they got a glimpse of the pink eyelids, and they knew straight away that it was a Verreaux’s Eagle Owlet, as no other owl species in the world has this colourful feature, and it was alive!

These owls have a defense mechanism to “play dead” when they fear harm may be near, which this little owlet did, very well. It was covered in ants, but luckily the ants had not reached it’s eyes. They managed to get rid of all the ants, and held it safely in their hands. Ranger Dean went to investigate the surrounding trees in nearby vicinity, climbing them, to try find the possible nest, but he had no luck.

Together they decided to take the owlet back to their rooms, and tried to feed it a small piece of meat, which it ate greedily, this was a very good sign, that this little owlet was in a good state of health. They immediately called to get advice from head curator, Linri Van Rensburg, who came to their aid, with day old chicken chicks, (which they normally feed to their resident southern ground hornbill pair), as well as a calcium supplement.

Using a calcium supplement is extremely important when raising a bird of prey, as failing to do so, causes brittle bones, wings and legs. 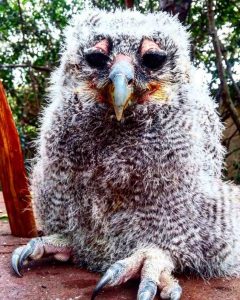 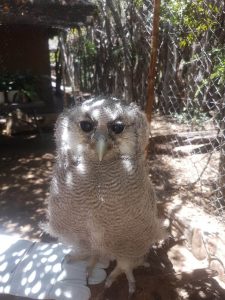 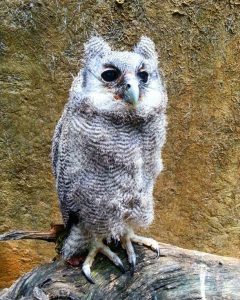 From that day, they kept the owlet safe, and well fed as it grew strong. They decided to call him “Mtimba”, and to this day, are unsure of it’s gender, as both the male and female have the same plumage and colouring, but they refer to Mtimba as a male.  Ruan and his partner, Zandrie (Chef at Camp Jabulani), together with Dean, cared for him until he was strong enough to fly, which was approximately three months. 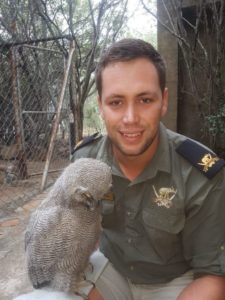 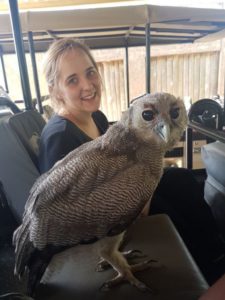 They ensured that they tried to keep his hunting instincts develop as naturally as possible, by always feeding him live prey.

At that stage he was staying in an aviary at the back of their accommodation, but would go on small flights around the area, but always come back to his safe place, with them. They decided it was time to do a full release, and thought that they would take Mtimba to the Elephant Stables at Camp Jabulani, as that way, there is always something happening, and hopefully he would stay in the area, where they could see him on the occasion. 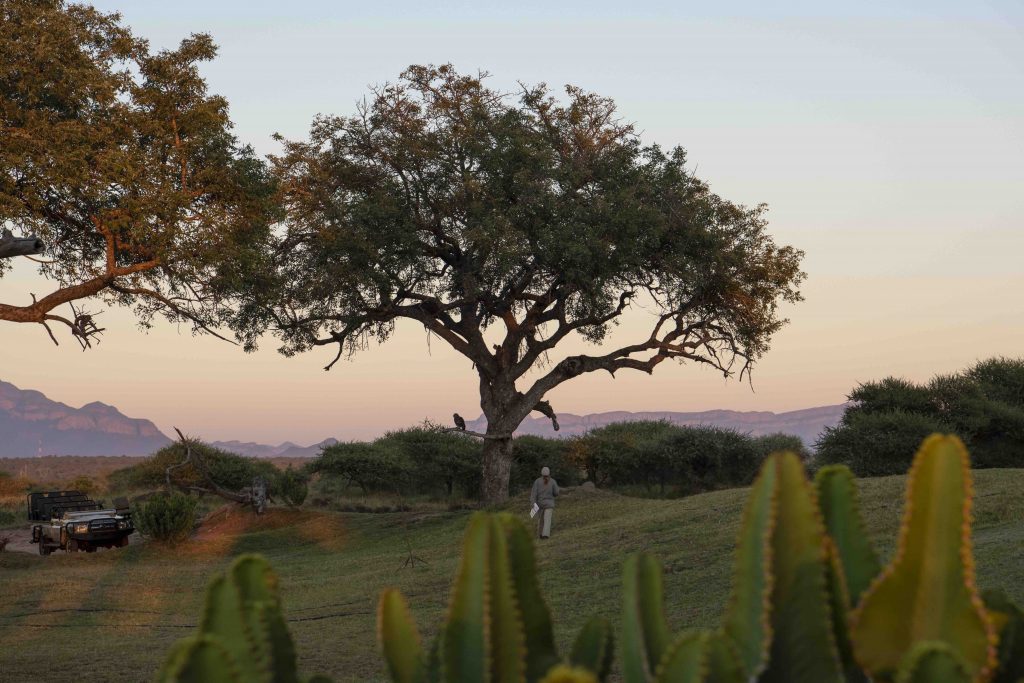 To everyone’s surprise, Mtimba did not venture far at all, and has stayed for the most, between the trees of the stables area.  He loves to pop by and visit our guests on the occasion, with that shrill juvenile shriek, that he currently has. We often see him with his latest “catch” which quite recently was a squirrel. He is clearly well equipped to look after himself.

And best of all, is he pops up at the most unexpected moments! 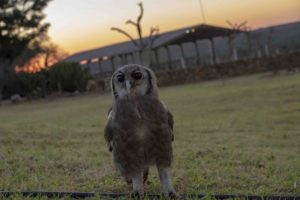 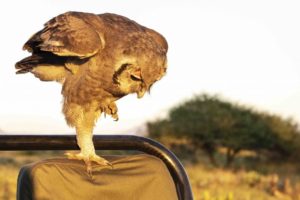 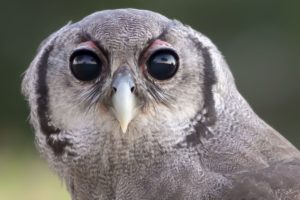 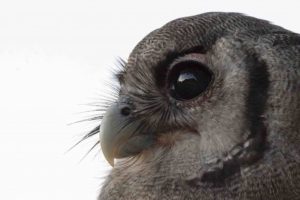