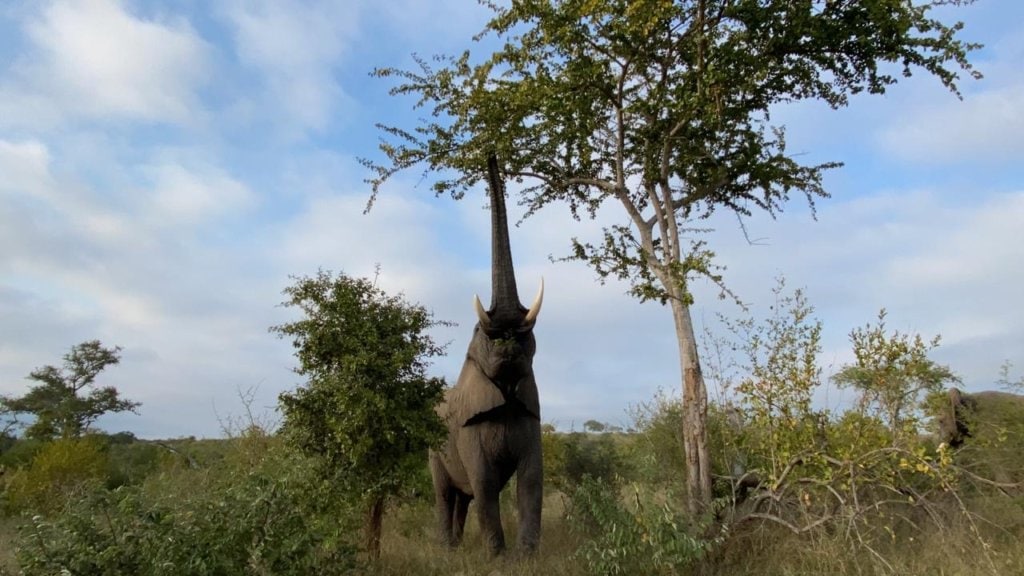 Hugs & Handshakes, Elephant Style ~ A Tale of the Trunk!

Hugs & Handshakes, Elephant Style ~ A Tale of the Trunk! 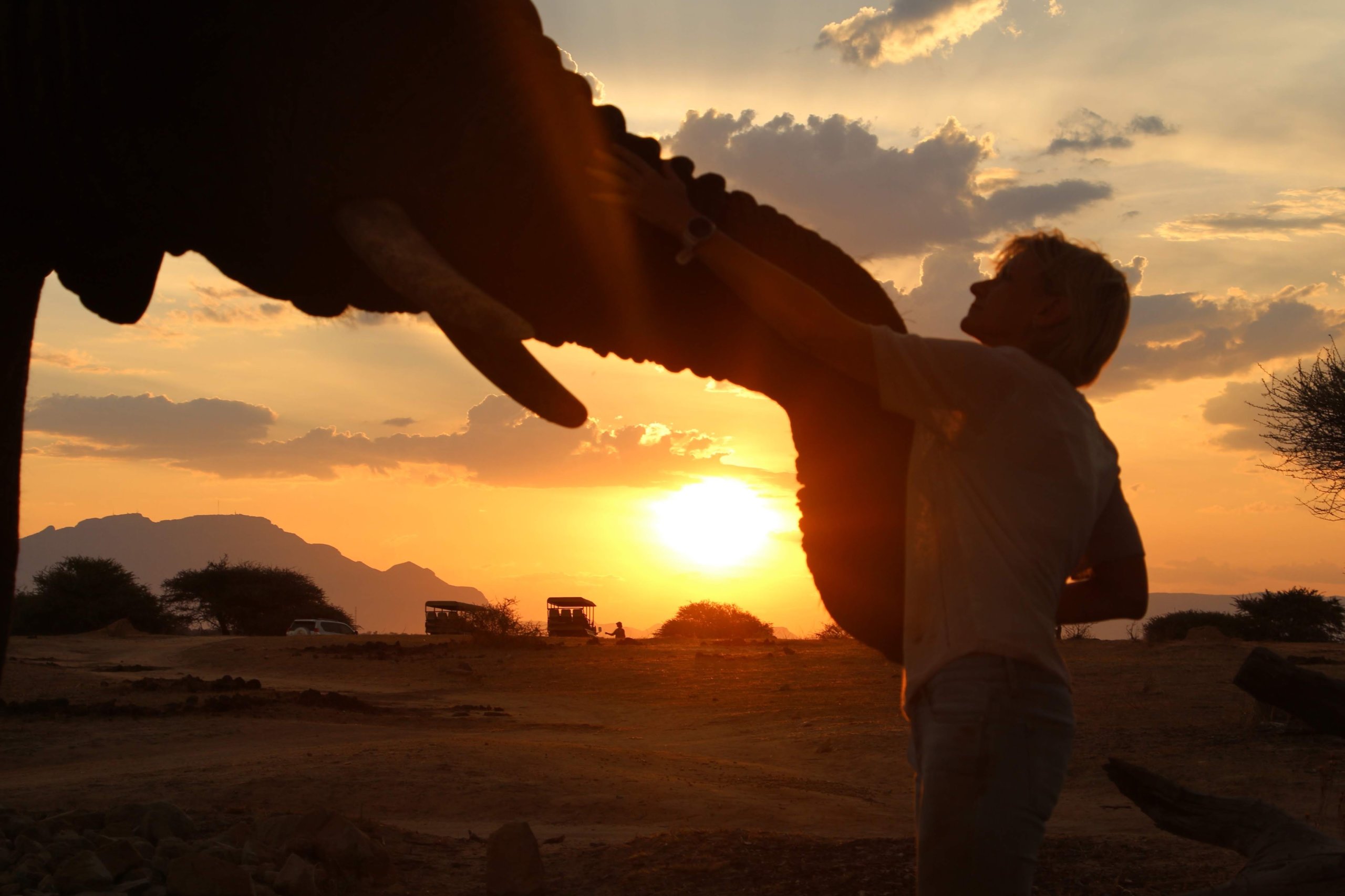 According to author Rudyard Kipling, the trunk started out as a blackish, bulgy nose, as big as a boot.

It took a curious young elephant’s involvement with a crocodile to stretch it to its present length.

A more scientific leaning might prefer the less charming origin. Elephants consume grasses, small plants, bushes, fruit, twigs, tree bark, and roots. Early elephants were comparatively small animals and getting enough food wasn’t a problem, they simply stretched out their necks and ate whatever was within reach. As elephants increased in size and their heads and mouths grew farther and farther away from the ground, their trunks elongated to compensate. Whereas giraffes use their necks to obtain difficult to reach food and primates have hands, without their trunks, elephants would starve. 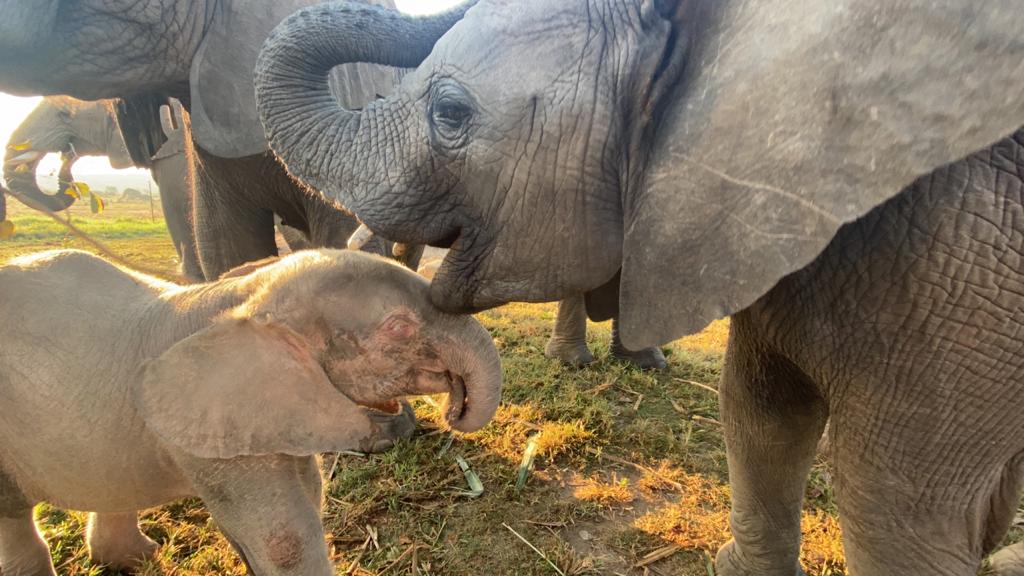 When they first start out, baby elephants like Khanyisa need to learn how to control their trunks. It takes them up to a year to get the knack. In an adult, the muscles in the trunk allow the elephant to have almost perfect control over this most useful of appendages. Whether picking single fruit with the two ‘fingers’ at its tip, using the trunk as a snorkel or lifting a careless young elephant from a muddy trap, the prehensile trunk has the dexterity of a pianist and the strength of a weight lifter. 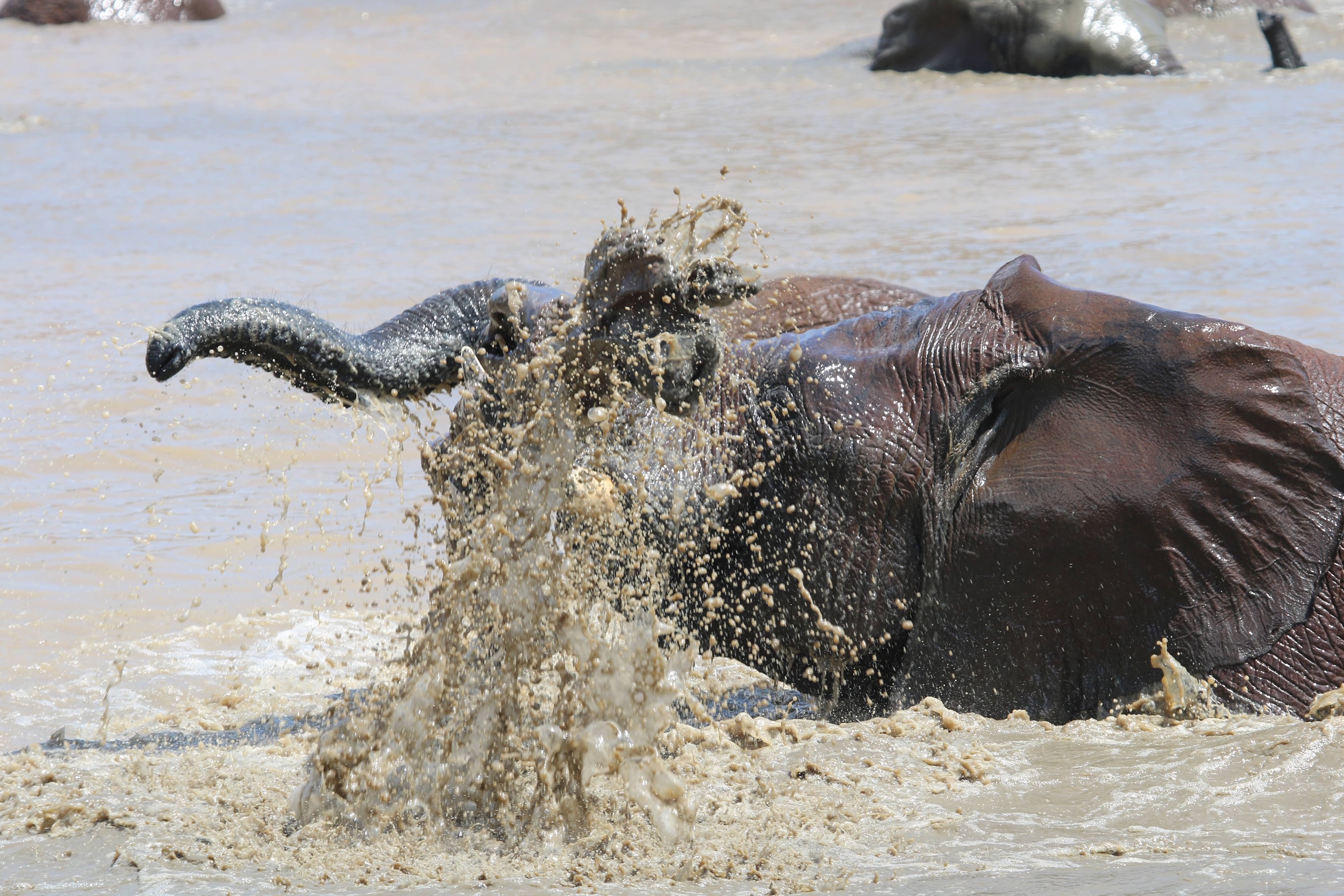 The trunk is, in fact, simply a ‘stretched’ nose with two nostrils running the full length.

Like us naked apes, elephants’ noses need to be cleared of mucous and debris every now and then. Beware the elephant with an ant or bee up its trunk or one that simply doesn’t like your deodorant.

As the largest land animal in the world, elephants occupy an uncommon niche in the animal kingdom. A healthy adult elephant has no need to fear predators. Elephants do, however, fear bees and ants. They have been observed avoiding their favourite ant-covered acacia trees in favour of less tasty, but ant-free, fare. For an elephant, the threat of a biting ant or a stinging bee somehow trapped within the depths of their trunk is enough to send them running for cover. Myth and legend have often accused the elephant of being less than brave when in a face-off with a mouse for the same reason, but this probably came from some writer’s imagination. 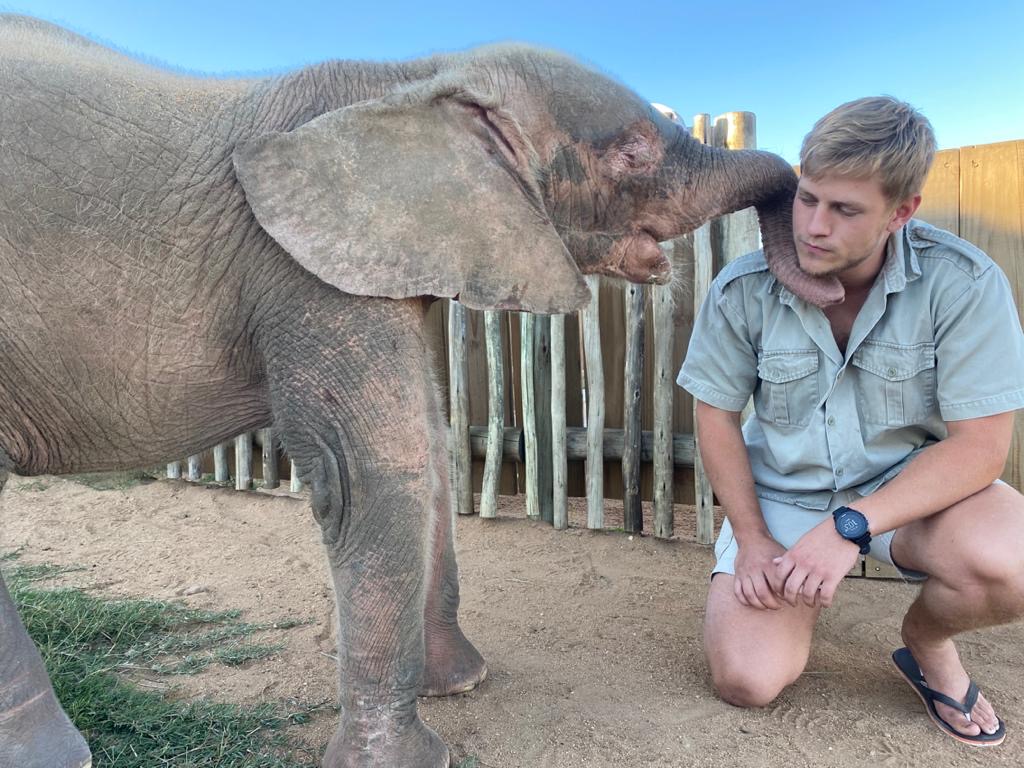 With their big “nose”, it isn’t surprising that elephants are thought to have the best sense of smell of all animals. They live in a world of odours due to 20 million scent receptors in their trunks. This allows them to detect and identify particular individuals from some distance, and to interpret emotional states such as excitement, fear, stress and sexual receptivity. 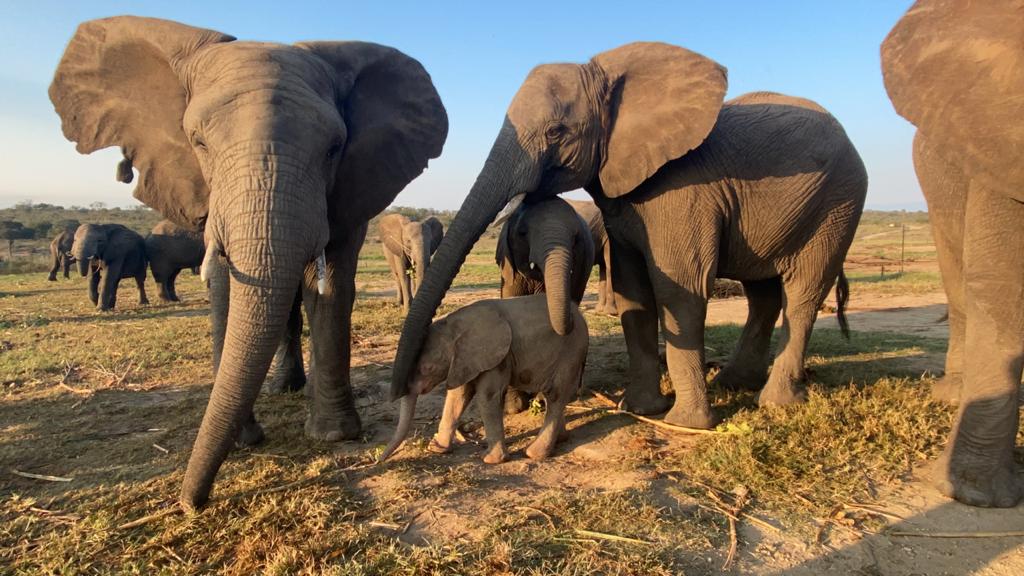 Elephants trunk tips are constantly moving, testing the air for smells, the way that we look around.

It is believed that they can pick up smells from several kilometres away and they use this ability to ‘keep an eye’ on their surroundings so that no undesirables can creep up on them. This sense of smell is used by elephants to find water in the dry season. 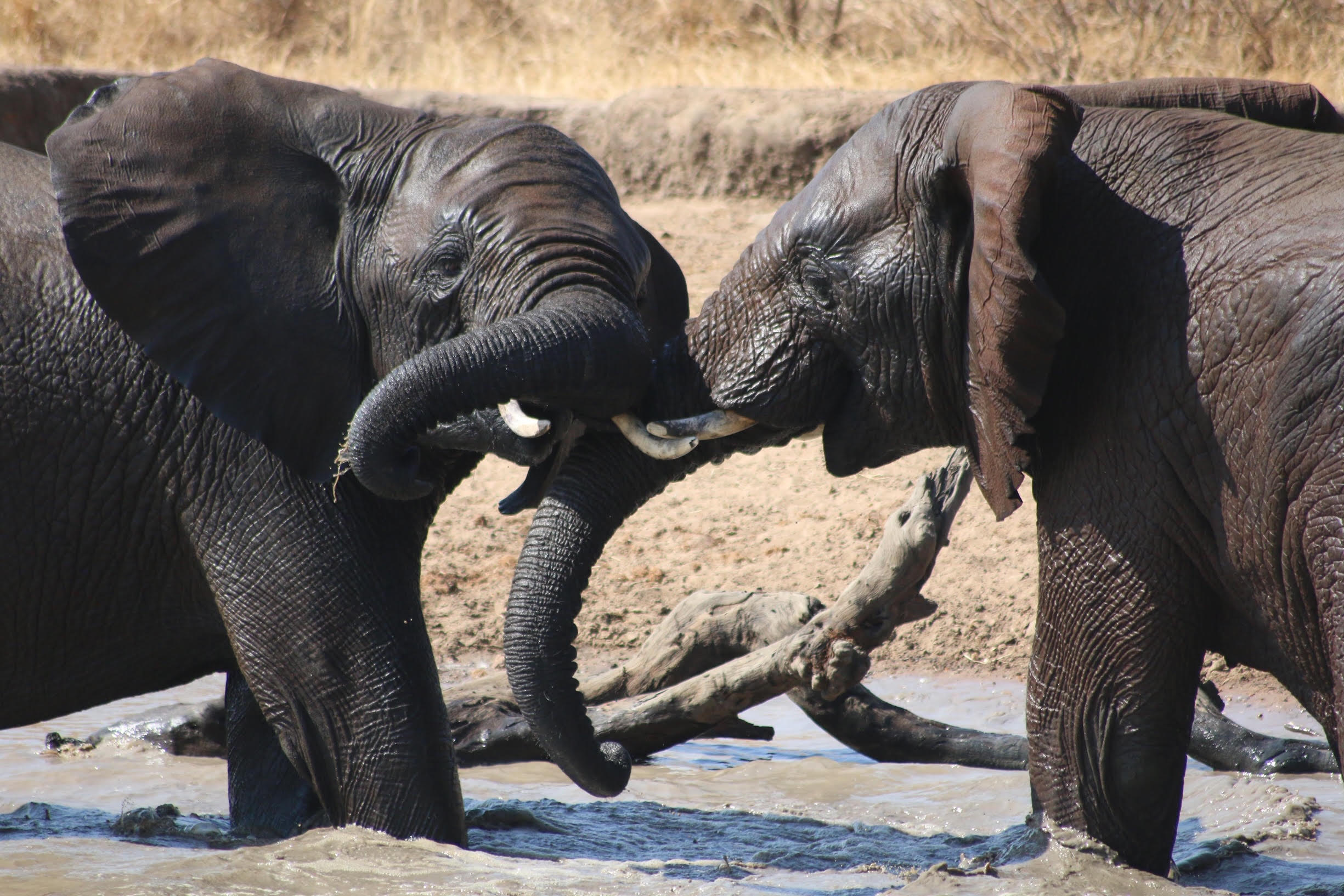 Intertwining trunks with fellow pachyderms is just one way in which elephants fist bump, high five, shake hands and hug.

The multi-purpose trunk is used to greet old friends and to console young calves with touching, stroking and caresses. They use their trunks to hold hands. They are often seen apparently smelling the other members of the herd and then putting the trunks into their own mouths. This method of obtaining information is known as the Flehmen Response and is common in many animals. 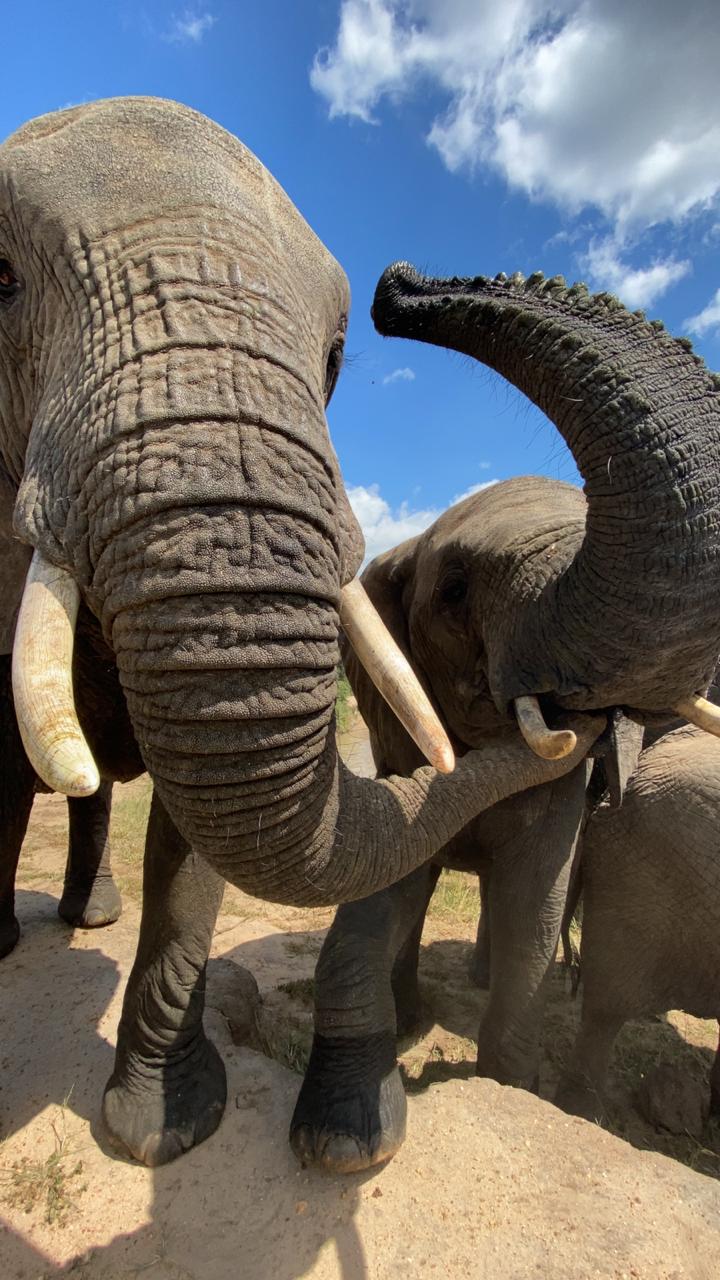 The trunk tip is used as a chemical receptor – allowing them to obtain chemical information about other elephants.

They touch the trunk tip against a substance, commonly urine, faeces or temporal gland secretions, the trunk tip is then pressed against the roof of their mouth to the vomeronasal or Jacobson’s organ where the chemical is analysed for the information it possesses.

The end of an elephant’s trunk bristles with thousands of whiskers and is sensitive to the slightest touch. Each bristle is attached to a single nerve that feeds directly into the brain, making the tip 10 times more sensitive than a human finger. 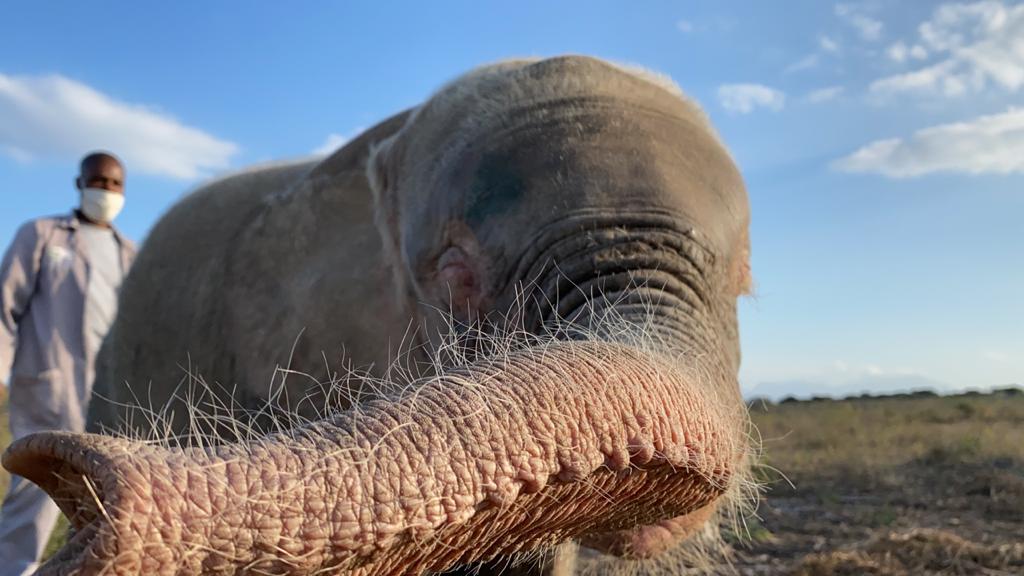 The trunk is used as a trumpet, a snorkel, a straw and a weapon. It is used to scare, to destroy and to comfort. With it, elephants can reach the highest marula fruit or windfall fruits that have fallen to the ground. It is used by the calf to hold on to its mother’s tail for security. 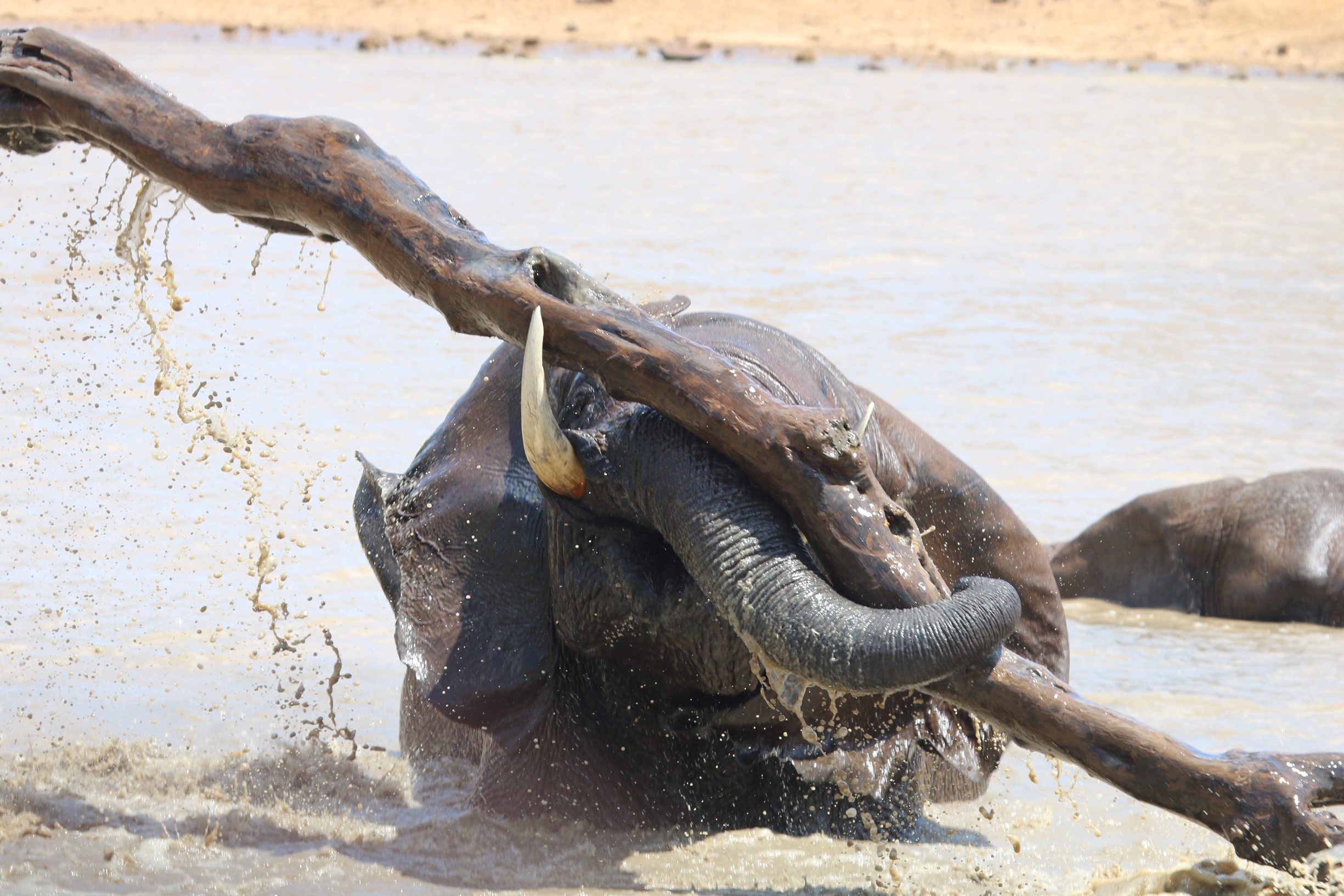 Given their usefulness, trunks are not as common in the animal world as they should be. Although there is one little creature that uses a trunk… to search amongst fallen leaves for bugs and grubs and that’s the elephant shrew. At 30cm long and 500 grams, it is surprising that they are not actually shrews but do belong to the same family as elephants.

Trunks are truly amazing additions to an already complex and intelligent species, with so much more going on beneath that tough exterior than you might think. 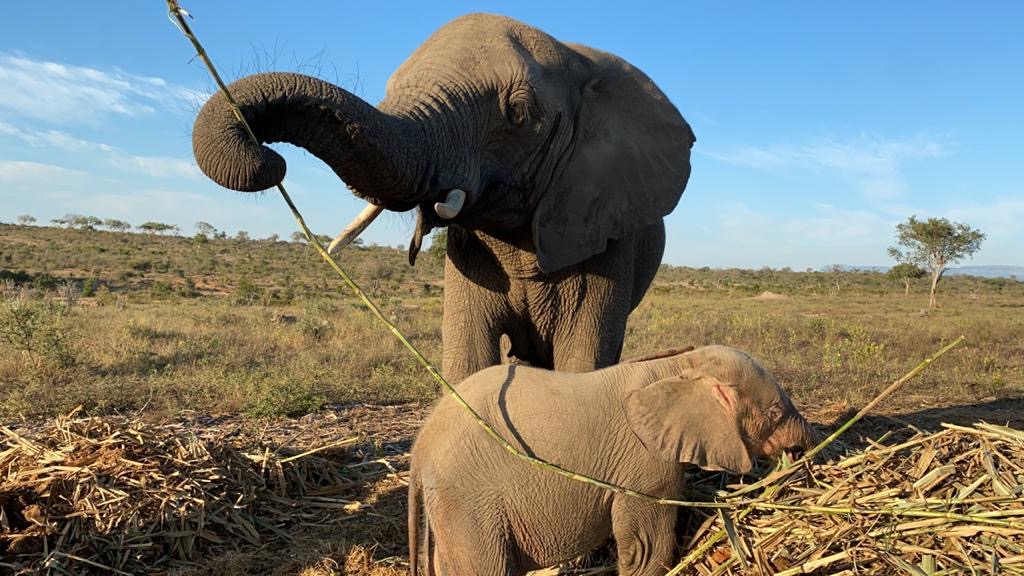