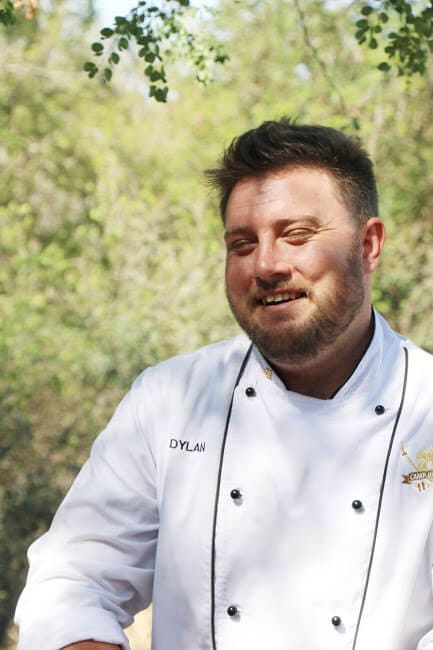 In our Jabulani Secret series, we’re catching up with our greater family to discover their latest news and stories, passions and dreams. Starting with the man behind the meals, our culinary ringleader and flavour-creator, Executive Chef, Dylan Frost.

I started working at the Plettenberg Bay Hotel as a student chef in 2011 and continued to work as a Commis Chef and later on received a promotion to Demi Chef de Partie in 2012. In 2013, I decided it was time to explore other options. Having heard many stories about working at game lodges from friends and colleagues, I thought it was something I would like to try out. I instantly fall in love with the amazing tranquillity of the lodge life.

Waking up every morning knowing what Jabulani is all about (which is caring for these amazing orphaned elephants). It means a lot to me. I am also very lucky to have met my amazing wife here.

I would like to explore Asia and a little more of Mauritius and the other Indian Ocean islands.

The best meal I have had so far was in Mauritius on my honeymoon and it was a curried lamb pita served out of a food truck on the beachfront – while we were seated at simple tables and chairs 15 metres from the sea. It was accompanied by a fresh coconut and the local Green Bay rum. It was quite an experience.

At Jabulani, I am a big fan of using marulas a lot in our cooking as well as morog (wild spinach or bush spinach), and the different South African venison options.

There are so many amazing restaurants in South Africa, I would have to say that Snoekies in Hout Bay is most probably one of my favourite fish take-a-way spots and then, when I want to sit down to dine, it would have to be Salinas in Wilderness, Western Cape.

We are looking to create new culinary experiences, for instance dining in a special location out in the bush, where you are able to sit under the stars and enjoy new and exciting dishes with new styles, for instance using our bush pizza oven and our very own outdoor smoker built by the entire kitchen team.

Some things don’t change though… We still sit down as a team every day and discuss every item on the menu for the day and work together to create an eventful dish that you will never forget. That is our imperative. 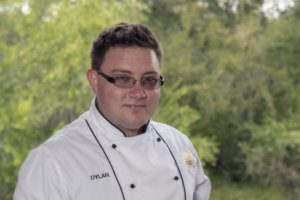